I was very fortunate to get an invite to a special opening type event for The Rec Room Calgary. For those unaware of these incredible venues, they're being opened and run by Cineplex as a premium experience across Canada. They're absolutely fantastic for all ages and particularly excellent for adults with the various activities that are present. The first of hopefully more in Calgary is available at Deerfoot City featuring a two story, over 50,000 square foot complex. It provides a hybrid of activities from the core arcade; to VR options, multiple bars, a couple restaurants and some classic table based games. I'll break these down more, but I just wanted to go over the place in general first.

The Rec Room is very modern in design and ever so fancy. I see great potential for this building within the city as it sounds great for concerts, has a pile of arcade options and easy TV viewing for those that want to watch sports. The upstairs area really takes the bar experience to a higher level with a classy open area, a concert space and multiple games to play. Enjoy a large range of different seating options, drinks, pool tables, four player air hockey (somewhat strange to play), ping pong or even shuffleboard. This is matched by a large dining area, ping pong, fully body VR (virtual reality), AR Climbing wall (augmented reality) and a massive arcade on the main floor area. 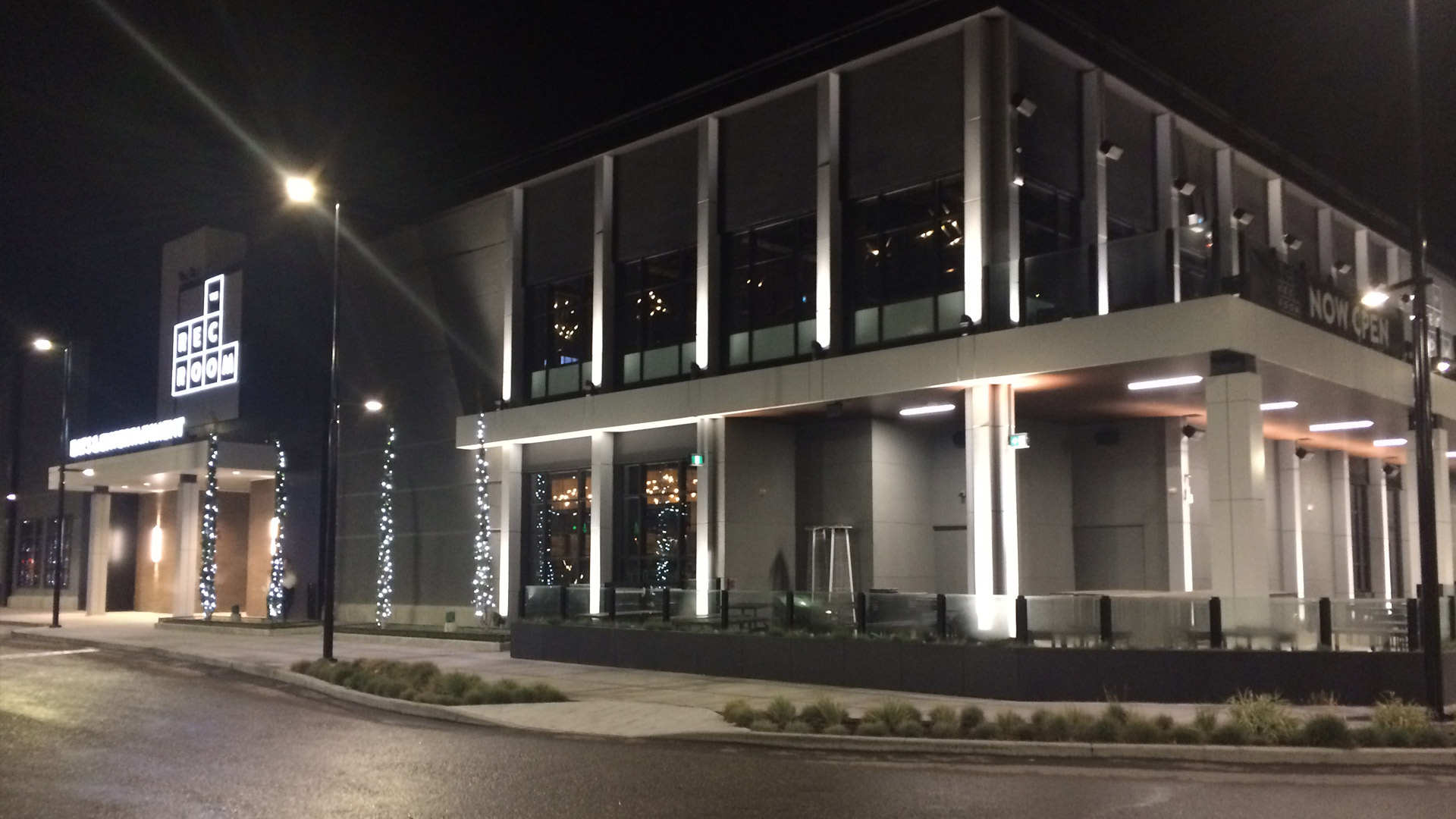 I tried my best to do everything I could while I was at the preview event. This was difficult because there was so much to do, but I did basically everything. I started with the augmented reality climbing wall and the virtual reality area since they were close together, plus I anticipated they would get busier later. The AR wall is a decently sized climbing area that can be setup with multiple mini games such as pong or save the planet options. It was fun and wasn't too bad for me considering I have a real issue with heights. The full body VR was excellent, it includes a running option and it's very secure for safety. Jump into a number of different games for any type of player I heavily suggest the experience if you've ever been interested. I'll note the HTC Vive is used as a headset, an excellent choice.

Next up was having some food and drinks. Three10 is their upscale casual restaurant, a play on Canada's territories and provinces. The Shed is the other food area which is a quick shop for food including a custom donut bar. A poutinerie is also in The Shed featuring multiple types of poutine and it's to die for. I wish I had tried one of the meat selection, but at the time only the traditional option was present and it was great. For drinks they have the typical options, lengthy drink menus as well as six draught wines, sangria and sixteen draught beers including local favorites (Big Rock Brewery and Wild Rose Brewery). 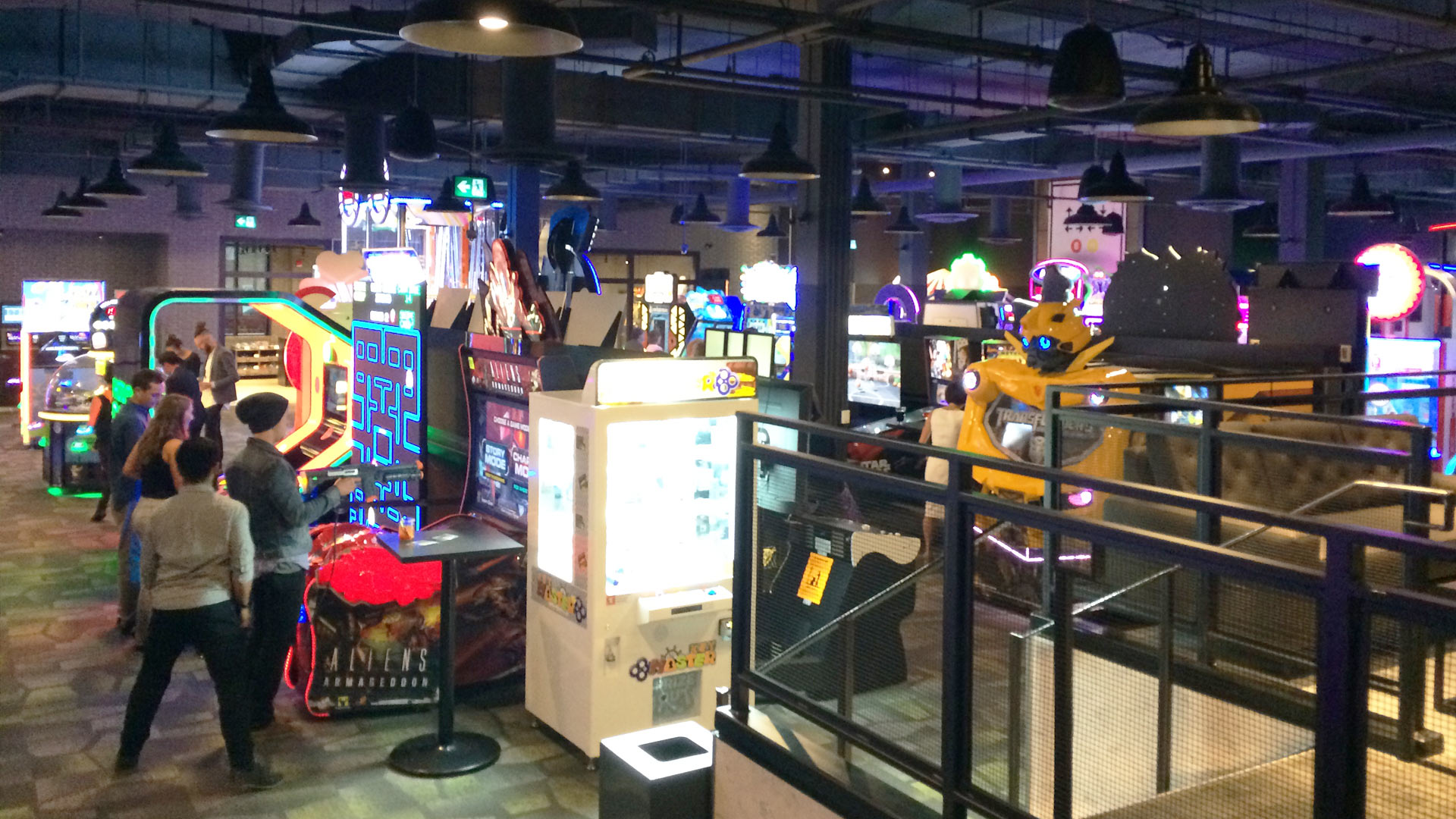 Onto games, there's 9,000 square feet area with over 1000 amusement games including giant cooperative Pac-Man! Credits and points earned are tracked on RFID bracelet and can be redeemed at the trophy case. They have a next generation race car simulator (awesome seats, great screen and very busy) as well as the previously mentioned AR/VR areas. Classic games include classy pool tables, shuffleboard, four player air hockey and ping pong. I'd have personally gone with traditional air hockey, but the four player option is quite something. Scene points can be earned as this is Cineplex and with the live music options it'll be a fantastic place to catch a band. They have business type options if you want to take the team out and so many great spaces. I had a glorious time at The Rec Room Calgary and look forward to going back whenever I can. A final mention is praise for the many, many usb plug-ins that can be found through the entire complex.