Cuphead is the Right Kind of Difficult

I'm not at all a fan of games that attempt to be difficult just purely to give players a hard time, this is due to a mix of being busy reviewing games and not liking unfair deaths. When it comes to Cuphead however, things are a bit different as it presents the right type of difficulty. While I die a ton in Cuphead, as I imagine so many others have as well I don't feel as if the game is being unfair. At the start I'll die from not knowing what's going on in a boss fight or perhaps making an incorrect move. This then comes down to the core of the game and what's so interesting about it. It's very much a classic sort of experience, not only with its lovely 1930's old timey cartoon action but how the bosses are created. They each have a wild set of variation to them not only in design, but what sort of attacks they present. These range from moving around, being stationary or flying right by if it's a plane level. 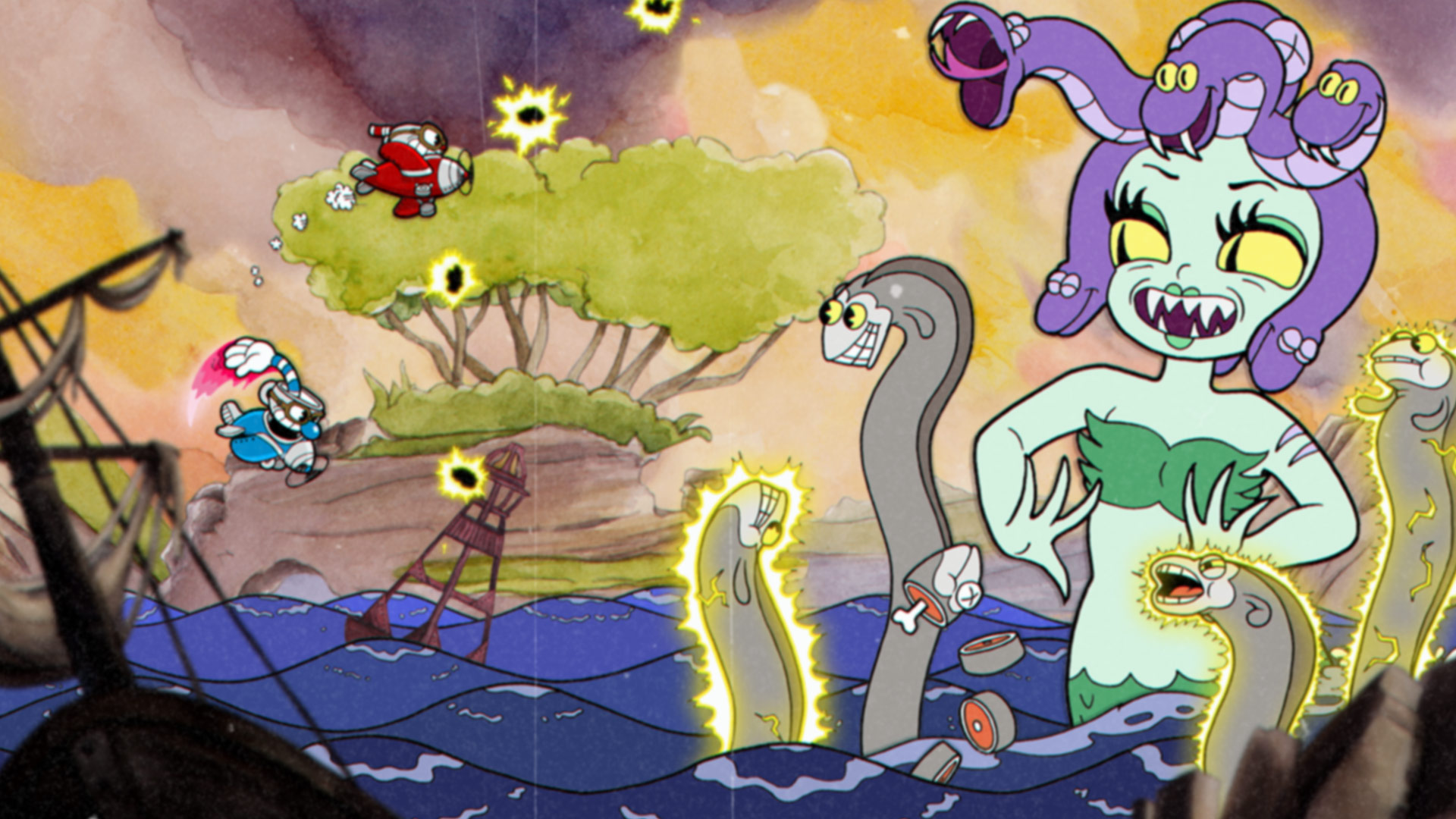 Going back on the general course, or well the idea I'm presenting is that it's never unfair. Cuphead presents a situation with each boss fight and it gives you unlimited chances to tackle it. While some games provide sporadic attacks or have bosses pull out random moves to kill you, the Cuphead enemies stay locked. This is that they work in patterns and learning those patterns is what makes you able to defeat them. It's all rather simple if you reflect after finishing off a boss and it's a nice sense of pride having understood what mistakes you made in the previous fight. I never felt cheated when I would die 99% percent of the way through as I knew it was a mistake that I, or my cooperative partner made in those last few seconds.

It's then a learning process of not doing that again and hopefully being able to beat the creature the next time around. I find this more rewarding than some game that I get lucky in beating a boss and it's nice to take a set of skills to then perform in various ways. The bosses do switch up to some degree as one boss might have a selection of mini ones, but like the core enemy they all run in patterns. It's this sense of classic performance and platforming that come together in a way I didn't find frustrating. This is great for accessibility, but to also cause less stress for those that like to move through games quickly. In a sense, it's a perfect way to present combat and leave a player feeling like they did something right.