Gears of War is fast approaching the one year mark and with that, players will receive their last map drop. Aside from that, all the other content leading up until 2018 has also been announced. This mostly focuses on things such as special events, but aside from the specific image below you can expect character/weapon drops as well since they've been doing that since launch to keep it fresh. Things start with the Gears of War 4 first birthday on October 6th bringing double XP, a Golden Gears character and the Golden Gun mode. This is followed by a map drop in late October, expect season pass owners to have it first and then it'll be integrated into the general public. The Gears Halloween Event continues on October 27 which is shown after the map drop so perhaps expect maps before this event. The Halloween event will have Pumpkin Heads and Phantom Dodgeball.

In November things kick off with an Eleven Years of Gears celebration on November 6th which I imagine will be similar to their ten year anniversary event last year. The day after on November 7th, the Xbox One X enhanced update is available providing 4k textures for those that have the beastly new console. The final November event comes in the form of Thanksgibbing where in the past chickens have been shot from Boomshots called Cluckshots, this is on November 20th and apparently a different take on the mode. The final noted event is Gearsmas 2017 with Snowball Fight and Crazy Horde which is available in December with no date and a more TBA. These seem like smaller events and are teased as such so don't expect anything crazy. It's also noted as I mentioned before that Monthly Gear Packs, Special Events with Weapons Skins and more things to earn will continue through this period of time.

Gears of War 4 2018 Content
They also noted that more content will come in 2018 showcasing a dedication to expanding the series. This includes more monthly Gear Packs, Monthly Versus and Horde events along with major holiday events going forward. New Achievements will also arrive as well rewards for the continued ranked seasons. 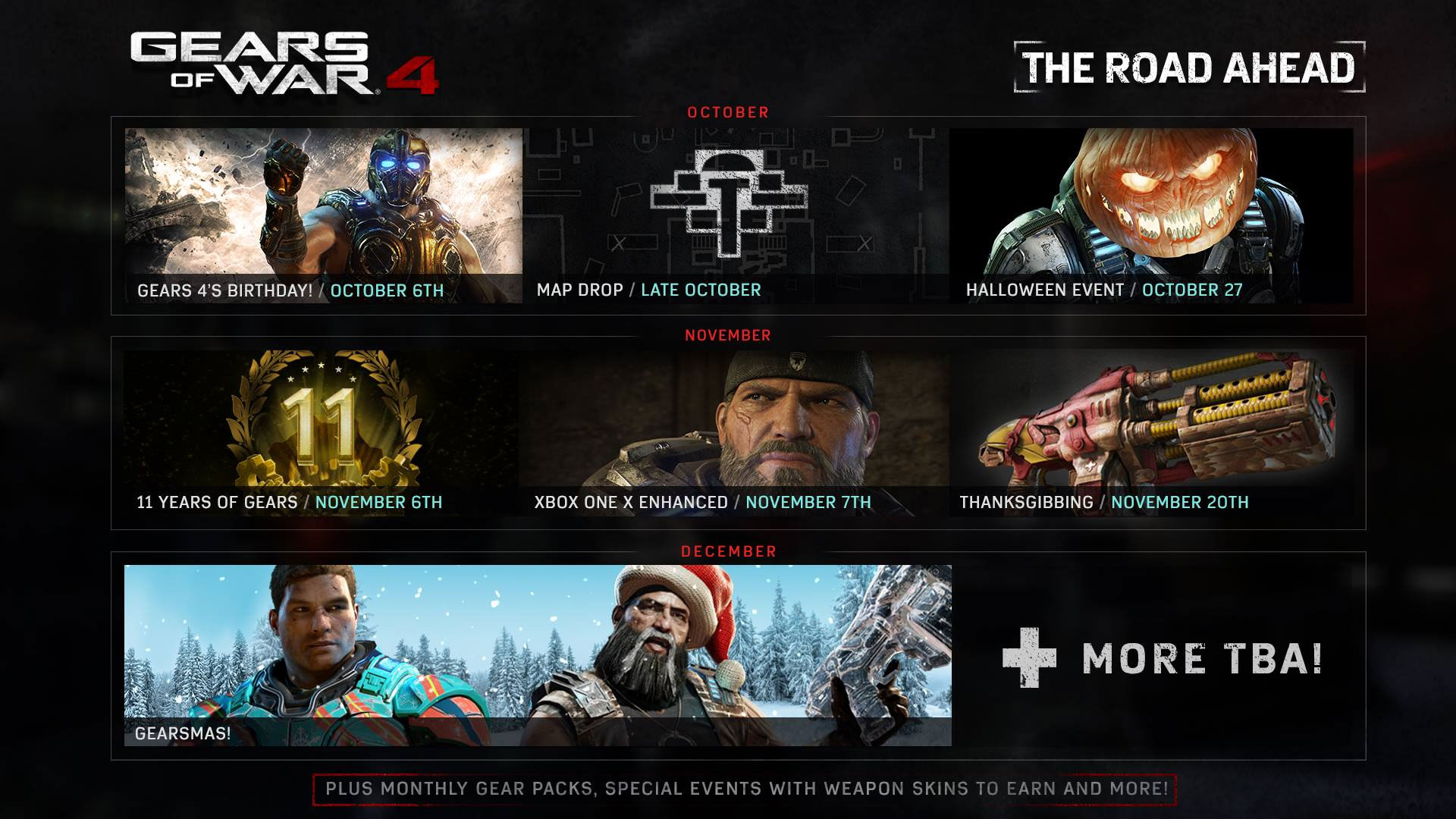