The install size for Forza Motorsport 7 has been revealed coming in at a large size at launch releasing on October 3, 2017 taking up a total of 67.03 GB and 97.30 GB on the Xbox Marketplace. The first install size is for the base Xbox One model whereas the second number is for Xbox One X and PC featuring 4k textures. Keep in mind that the Xbox One X textures are the same as PC number since it too will have 4k textures. This is a very large game taking up more than a traditional disc so be prepared to download additional content if you're going the old school way.

It's a Xbox Play Anywhere title meaning that saves, achievements and cross-play options are available between Xbox One and the Windows Store. It'll have a beautiful full 4k support and HDR options for a premium racing experience. Race with over seven hundred cars across thirty famous locations with a number of weather options. Not only are traditional weather options returning, new dynamic weather should completely change a track every time you race upon it. This is the largest under taking for the series as Forza Motorsport 7 truly aims to deliver the best racing game available on the market. Race solo, online or take part in a full developed eSports area as the game provides a massive package. 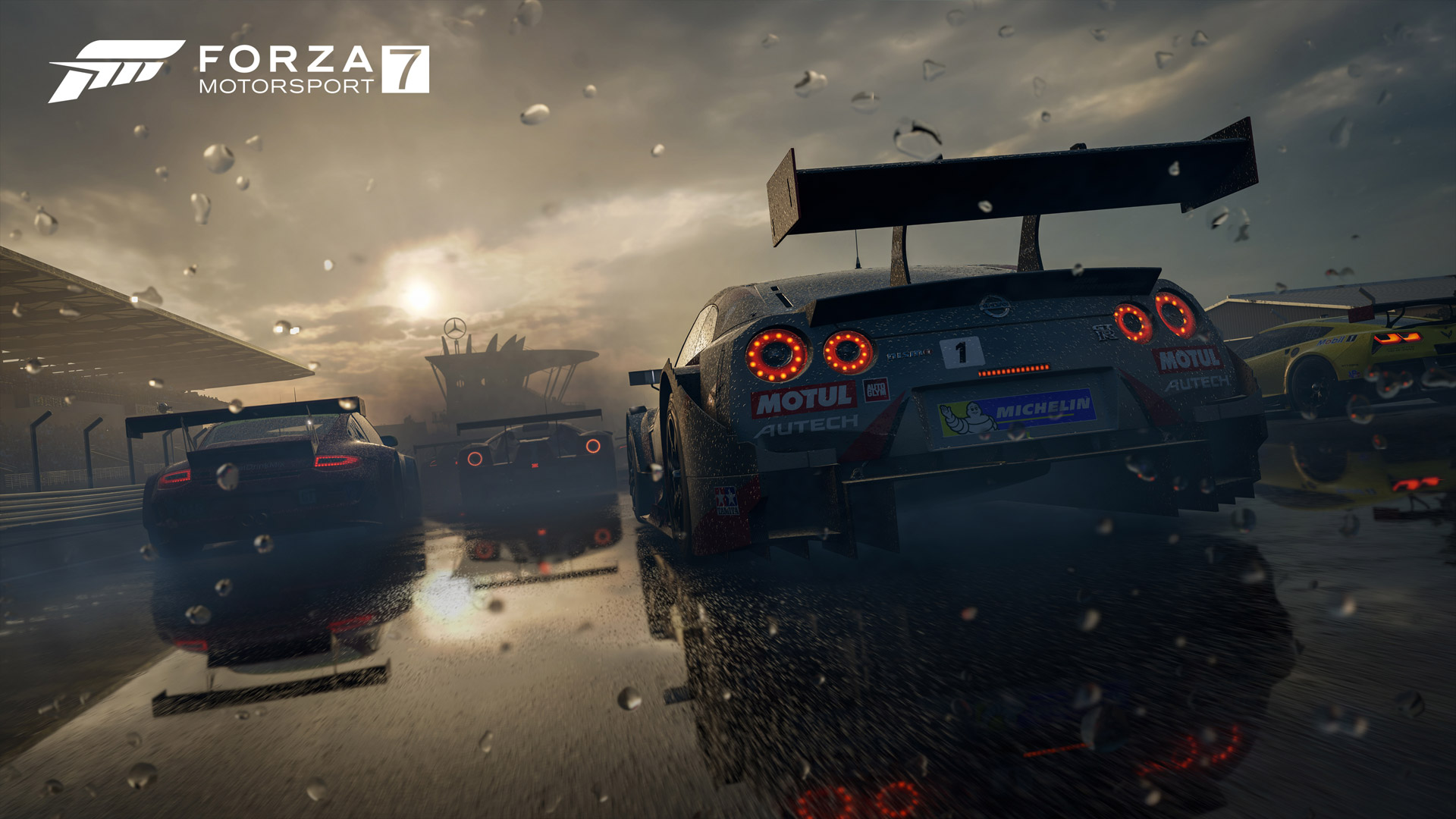