J!NX has just released its second series in the Minecraft Craftables collection. In partnership with Mojang and Microsoft, this set of packs include various smaller scenes that can be combined to create a larger one. As a single entity each little statue tells its own tale, but together they create a larger picture from the regular land, the Nether and the End. The regular land area includes a horse, a villager with an emerald and a pig chilling out. The Nether has Steve fighting on top of a Nether Fortress, a ghost spitting a massive fireball and a zombie pigman doing what they do.

The End area features the large Ender Dragon breathing below, an Enderman chilling beside one of the large power poles that grant health to the dragon with Alex and Steven in full diamond rounding out the selection. The sets come in at retail for $7.99 USD each at J!NX, Walmart, Best Buy and Target starting on September 15, 2017. Every blind box contains one of nine random figures ranging approximately 2-4 inches in height. These are some nice vinyl characters for fans of the game and feature a nice little selection of figures to display. 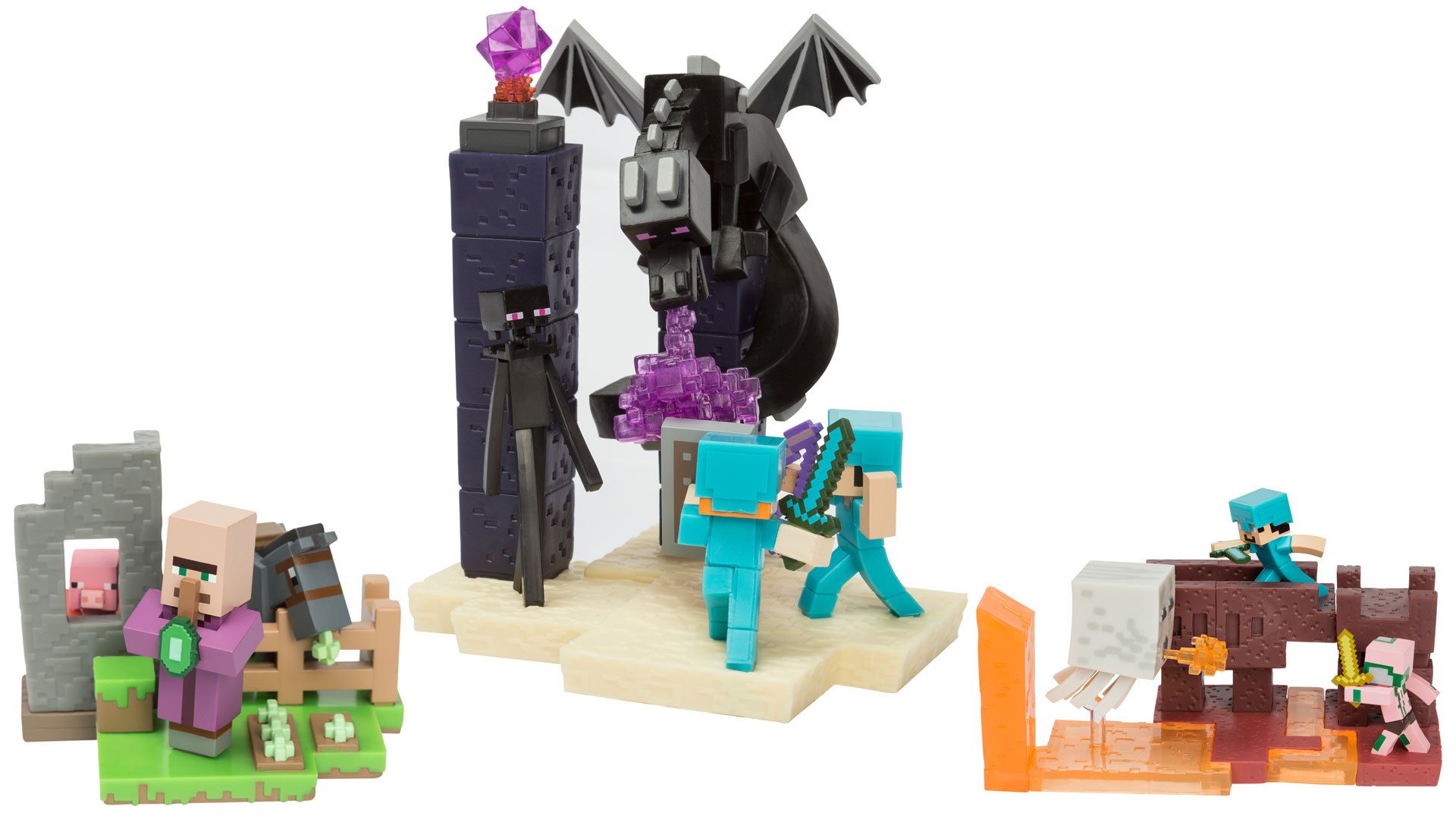