Slime Rancher is Phenomenal and Killing it on Xbox

Slime Rancher has quickly become one of my favorite games after working on it to review and following its launch from Game Preview into Games with Gold it's killing it. The game has already sold over a million copies since its announcement and has been downloaded 2.6 million times on Xbox Live, at least near the start of August 2017. That's some crazy numbers for a smaller title to reach so fast and its well deserved as this game is just a treat. Not only have I thoroughly enjoyed ranching my slimes, I've been able to successfully get all the people I talk to most involved with this game.

It's easy to just waste hours harvesting plorts and then working on building the ranch further. It's hard to describe how lovely, charming and perfect this game is to play. It works off the addictive farming style simulation while backing it with an actually fairly emotional story. This narrative is told mostly through exploration as you've come out to ranch here with a purpose. You can of course just chill with your slimes as I often do, but there's something more to it if you want to explore and work towards it. 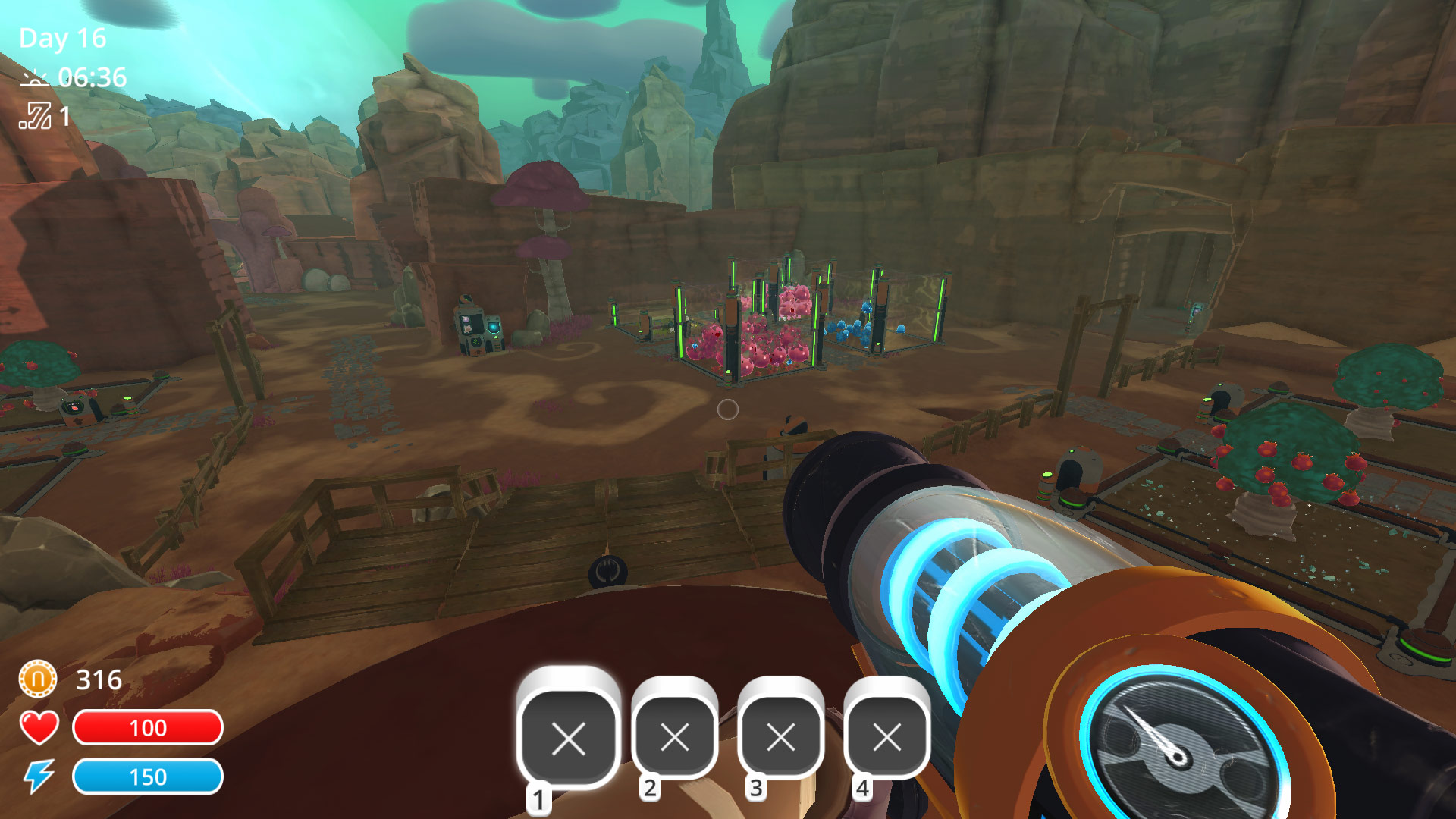 I whole wholeheartedly recommend this game whether you're able to enjoy the game on Xbox One or PC. It's just so much fun with little slimes that are adorable. It's also an expansive game that's just filled with hours of gameplay. Work on developing crazier slimes, manufacturing special tools or unlocking the expansive world. There's just so much to do and I never felt limited with how I wanted to expand my ranch. I had all sorts of different slimes bouncing around and keeping up with them with food was an enjoyable chore.

Slime Rancher is just such a special experience and one that any age can enjoy. It's done incredibly well on Xbox and I'm really glad that Microsoft got it into their Games with Gold service so everyone I know can easily access the title while it's there. Even if that offer comes to pass I can't suggest it enough. There's so much value here and pure addiction that few can resist the farming elements. It's special to learn so much about this game from the types of slimes to the best ways to take care of them. I've had a great time playing by myself and also chatting with friends to discuss the best strategies. It's got so much depth to it that we can have a lengthy chat about what we're doing on our game and then helping one another work through it. There are few titles that I can discuss with others like Slime Rancher and it stands out as such a special and absolutely adorable game.