The Xbox One has been out for awhile at this point and the store has received some updates over that time, but it still does need a considerable amount of work to essentially modernize it. It does get the job done at times, but for something that's so essential to the business side of things for Xbox it's puzzling that the store is so disjointed. The first issue is that the store is essentially a collection of mini stores that have been put together with bits of glue. Online is the best example of this as there's one marketplace for Xbox 360, some sort of placement store for Xbox One and the Microsoft Store digital area.

It would be nice to get some harmony as this is mirrored on the console itself and it's annoying for the most part. It would also be best to have the Xbox app act as a place to buy all Xbox digital content whether that's Windows 10; Xbox (Original), Xbox 360 or Xbox One games. At this point the app does allow some purchase options, installations and other features to access the store. That being said, I would like to see the same areas mirrored across all the devices. The mobile does feature a search with a couple sections with it being hard to come across certain games. I also see this on the primary Xbox One store and would be nice to have older games get better visibility with improved search options and sorting. I'm not saying it doesn't work well as is, but that many games that could potentially be favorites for gamers are just lost or too hard to come across. 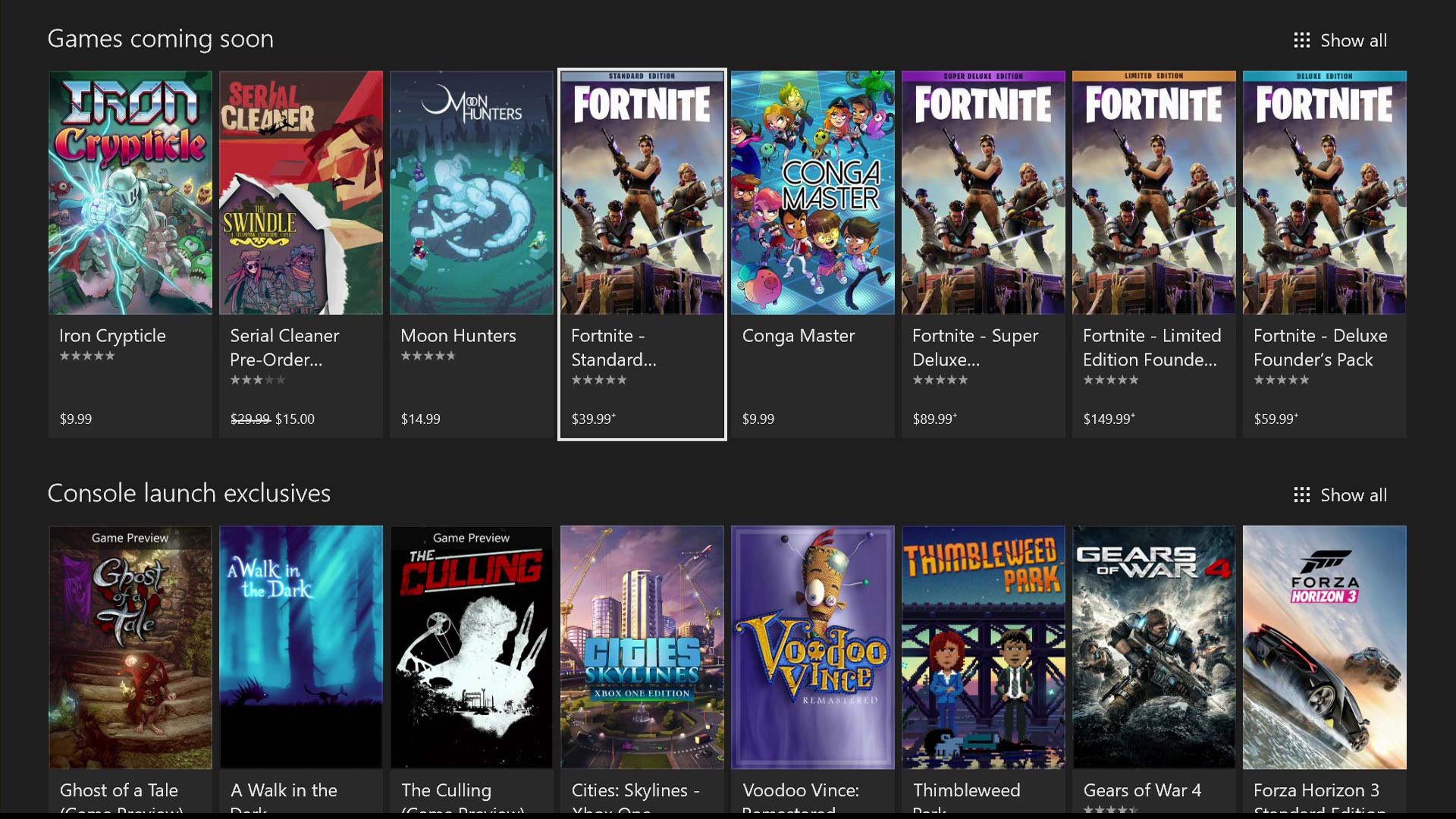 It would also help greatly to condense the games, we don't need five or six different iterations of the same latest game. All versions should be under one single page with the option to make publishers happy by allowing them to pick which one is highlighted. It would be glorious to click a game, say Fortnite and then move to the right or down to read about the various versions to choose which is best for me to buy. The store would instantly have less clutter and for those buying a game it would make the options very clear. I'd also like to see DLC/add-ons presented in a different way, the visibility is fine yet I still always have a problem with getting to what I want. At times, especially online it'll only showcase popular DLC packs whereas I want a quick list of everything available for the particular game. I don't have any comments on how that could be adjusted, but thought it was worth a mention.

The next big thing for many would be a shopping cart, this would help cut down on credit card purchases as multiple transactions could cause issues at the bank. It would also be nice for organization to buy things at once and to help people get a better idea of what's being purchased. To build on this aspect, it would be fantastic to finally have game gifting which has apparently been in works for awhile. Steam has a system like this where you can buy multiple copies for friends or just send one to someone else, it's nice. A final shopping cart type mention would be a wishlist, not entirely a must have though something that would be desired. Just a simple list or place where I can track games I'm following whether that's for sale or just to have a quick tab on them. Sale notifications would also be a neat feature I feel many would find helpful.

I hope I've gone over some of the key features that the Xbox One store could be improved with. I'll just go over a final selection of things and hopefully most of this gets worked on in the future. I absolutely hate the Xbox Backwards Compatible purchase menu, I get that they're lazily emulating the Xbox 360 store but it's bad. You can't even back out of it without clicking cancel and it's got a small window, would be great to have it cleaned up. It would also be fantastic to have the option to "show all" be available right away instead of having to scroll across a selection of eight games to reach it. The Playstation store recently implemented the button right below sections and navigation is instantly better.