As part of EA Play I was able to try out the latest expansion for Battlefield 1 titled "In the Name of the Tsar" which brings a plethora of new maps and additional features. There are new vehicles, weapons and the Russian army to name a few of the new things that players can expect. With that out of the way, let's go over Lupkow Pass which was the map we were allowed access to during the event. I actually played this map twice with the first time being at the outdoor line setup and the second being in the influencers area which had quite the blue hue. The map of features a heavy snow environment, thick tree lines and a train that comes in occasionally.

It also plays host to the charging cavalry which were awesome since you could poke someone down during a charge. The map was also quite distinct with just the shape of the layout. It was much less flat and trench filled than other maps aiming to provide steep hills with caved in mini valleys. There were tons of small spots to slightly sit outside of view and many places of cover if you were in the small valleys. It was also rather dense with trees so there were fewer lines of sight than I've become accustomed to within that environment. The train was powerful, yet limited in what it could do since there was so much coverage with rocks or trees placed around it. 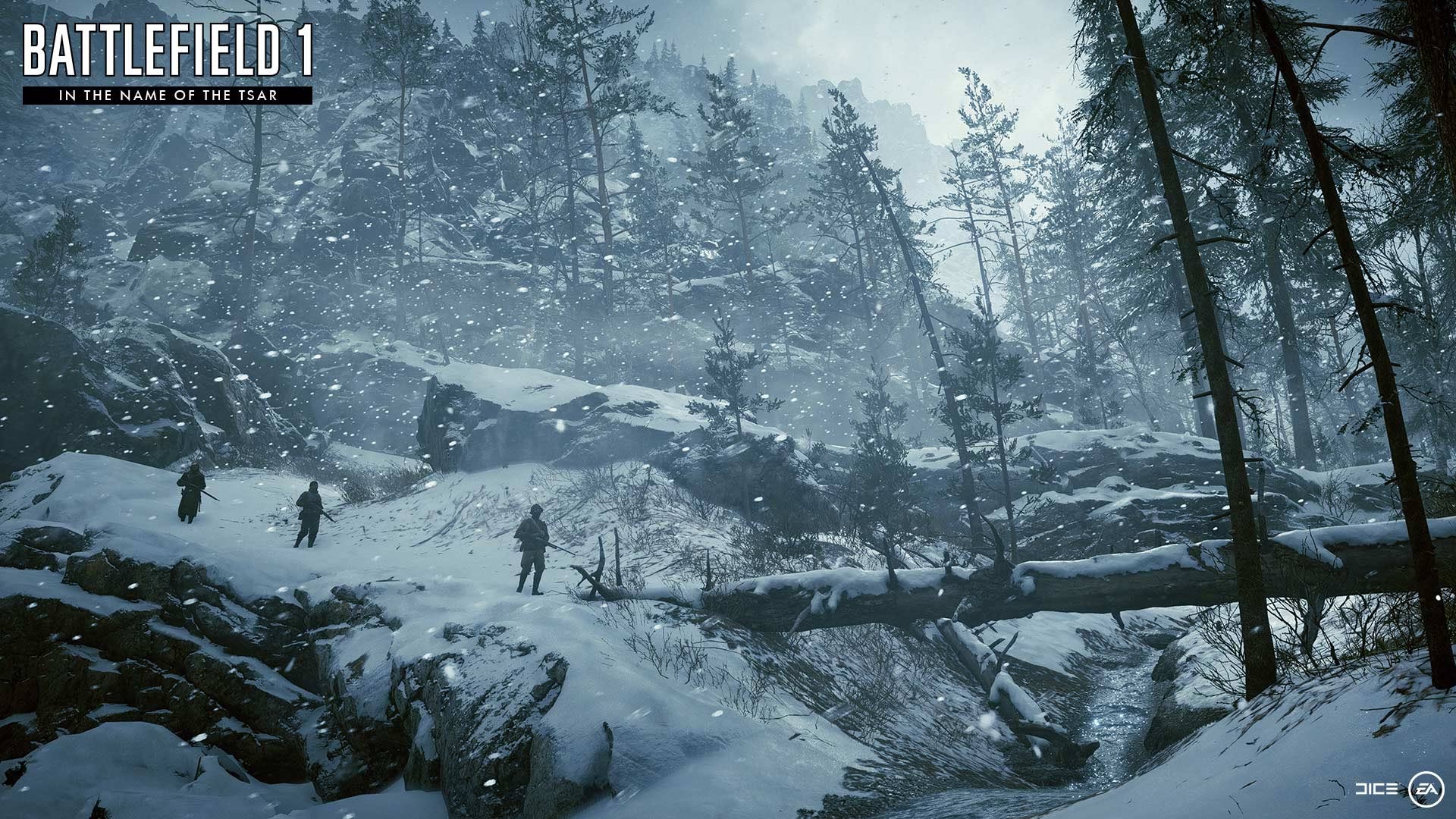 I thought this was definitely a good map to showcase what the In the Name of the Tsar expansion is all about and to give a general taste of what's new. With a fair bit of time spent playing on this map I certainly liked the layout and the design. The combat hasn't changed much from the core Battlefield 1 game but that is expected as this is just another set of DLC as opposed to revamp to any degree. If you've enjoyed the core content of the game and the DLC thus far than this should be a fine next selection of DLC. I look forward to seeing how the rest of the maps turn out.