Vampyr was one of my absolute favorites of E3 2017 to the point of where I gave it a Best of Show nomination. I really do enjoy the work of Dontnod from Remember Me to Life is Strange and Vampyr is somewhat similar. This comes with the concept of your decisions actually mattering while you work within a strong narrative. Our demo at E3 was less about action or viciously attacking citizens as a vampire and more about getting to know the place. We learned about our lead which is a physician that has become a vampire and the hard trials he wrestles with about life. As a vampire he needs to feast in order to live, but as a doctor he has an oath to save lives.

It's an interesting twist and this greatly changes the course of the world you live within. The setting is 1918, there's a Spanish Flu that's spread wildly and London is crippled by issues because of this. Going back to what I mentioned about choices and life taking the next part is where it comes into play. Every NPC lives a life and all of them could be food. Like with our demo it would seem that much of the game revolves around choosing who is the best to kill. Is it the sick man that doesn't give as much XP or the lovely old lady that is a big part of multiple people's lives. It's a hard decision and you'll have to use some detective skills to form a better opinion or you can just kill to see the effect. 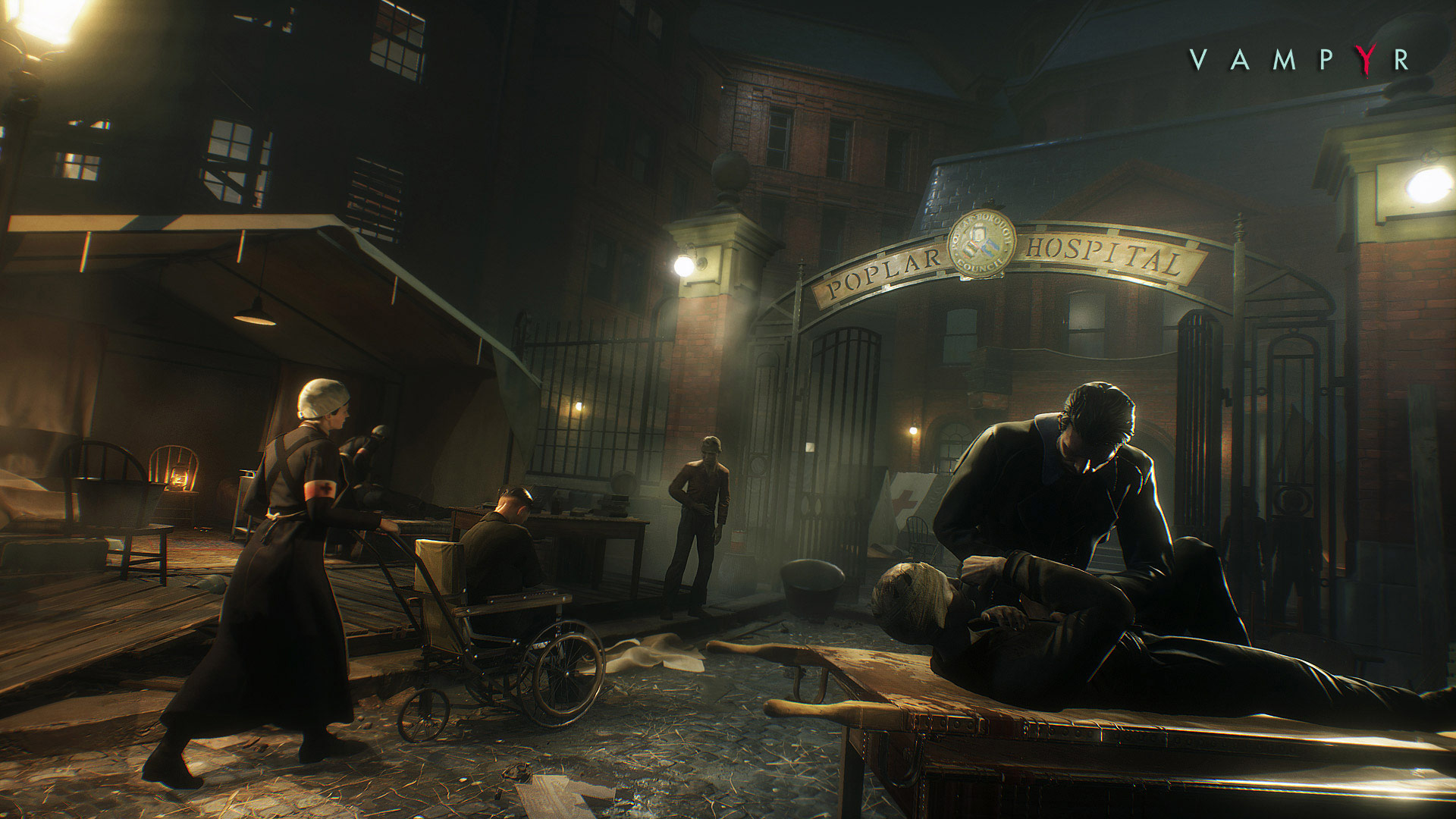 We got to see this in full effect as not only are many of NPCs impacted, but so is the area of the city you're in. This is somewhat heavy when you think about it and the impact of any death could greatly change how the story plays out. It should actually be interesting to see how different people deal with this scenario as that choice is very alluring. It's not all walking though, there are enemies and combat that you will come across while playing. The feeding itself plays into that as you need their fuel in order to make your character stronger.

With this you have unique vampire abilities, a stamina bar and interesting teleportation. The skill tree offers further choice when working on abilities and teleportation can be used casually as well outside of combat. Vampyr seems like an interesting and large scale open world for players to explore. I can't wait to see how choices change the world and am intrigued with the setting they've created. It was also great that the demo explored a side of the game that other developers might have hidden and it definitely makes Vampyr stick out of the crowd.