I spent a lengthy amount of time at the Nintendo press area during E3 2017 and it was an absolute blast. I played every game they had available to showcase and I was surprised to see that Fifa 18 was included. With that being said I definitely wanted to see how this massive sports game performed on the hybrid console. I'll be drawing comparisons between Fifa 18 Nintendo Switch Edition and Fifa 17 since I didn't have time at EA Play to well, play it which is ironic I guess since it's "EA Play". The first thing I was looking for was what's different or what has been compromised to make this work.

At its core Fifa 18 is essentially untouched from the regular version of the game sacrificing nothing when it comes to playing the game. You get a full regular match whether that's plugged in for the docked mode or taken out for handheld. It's damn hard to see what's happening when the game is undocked since the text is so small (to clarify, this is for the score/hud elements and we're a little back since it was a display unit), but it's amazing that you could take the full experience of Fifa anywhere. This is great for fans of the series and Football/Soccer as this presents the full experience no matter where you go or how you play your Switch. I would personally love to see this done with the NHL game and the Nintendo assistant mentioned many others were saying that, I guess it was a Canada time of the show for that to be the case. 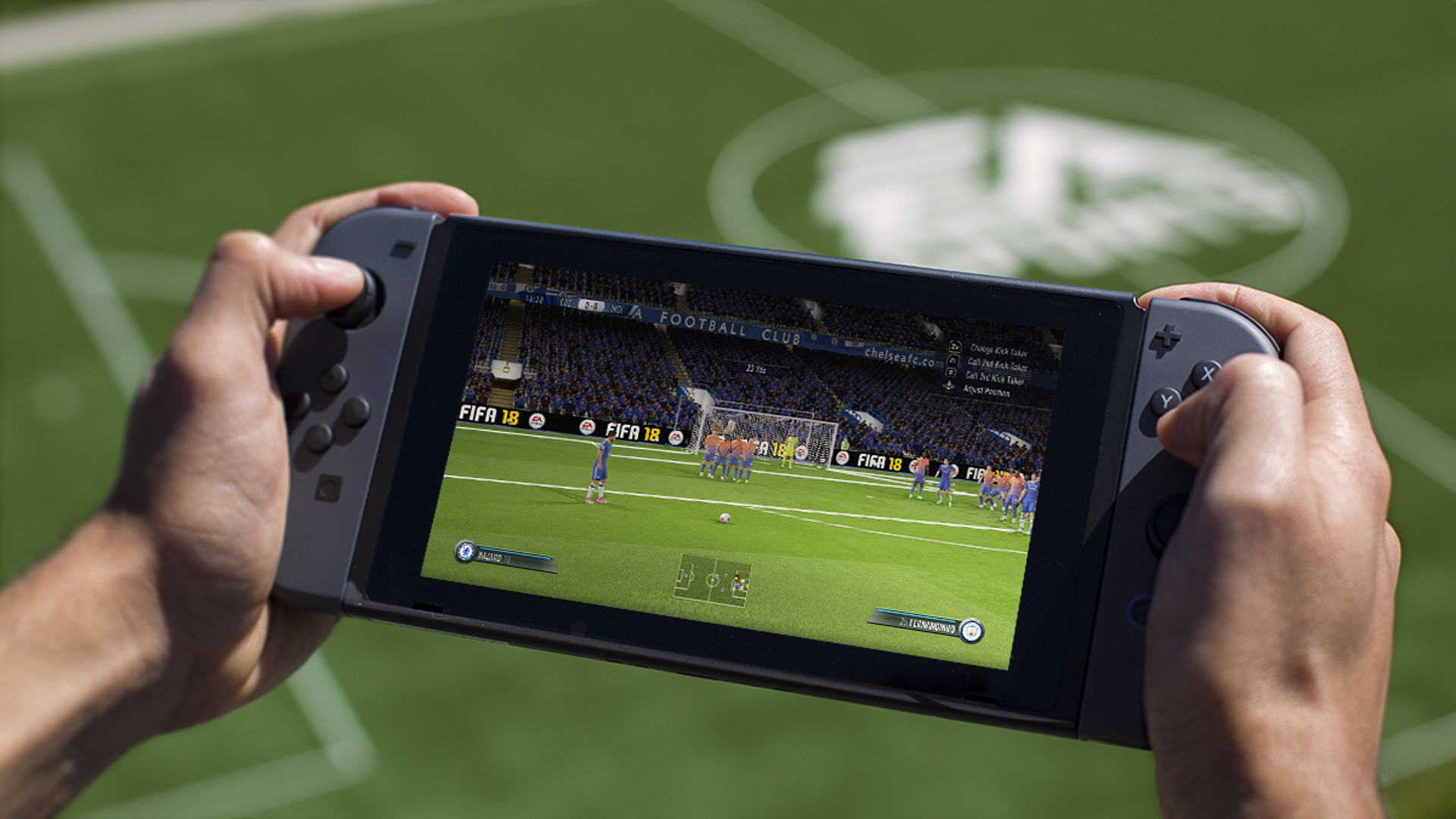 The core game plays just like it would on any other console, so what's different here? The most noticeable adjustments to make this work is that the graphics have been dialed down. The players still look mostly alright, but you can easily see that the details aren't to the same level as with the other platforms. It looks slightly more rigid during regular play and more visible during cutscenes. The crowd faces a similar chopping since they do not look good, but the small details around the field seem to mostly retain the details. This is of course based on just a full regular match and I would need to see both versions beside each other for a true comparison which obviously wasn't available there.

I'm making these comments based on the time played with the current generation of Fifa games and what I played during that single match. This was also just a regular match where I rocked Chelsea so I'm also not sure if any other content such as modes or the story is in the core game. I liked what I played of Fifa 18 on the Nintendo Switch, its unreal that we're at a point in time where a full sports game could be taken anywhere. This isn't some crappy mobile port, this is the full game to bring where ever you might go. Sure there are some visual downgrades to accommodate this, but that doesn't matter as the core gameplay holds true. I’m impressed with what EA has achieved with this version of the well loved global sport and hopefully we see success with this one. That success would hopefully lead towards other sport games to come over to the console which would be great and perhaps some of the larger titles as well.