The second portion of my incredible booking with Activision was to play hands-on with the multiplayer portion of Call of Duty: WWII. As mentioned in my campaign preview which you can find below, I found the game to be one of the most impressive titles shown at E3 2017. This was due to a combination of taking the series back to boots on the ground and the classic CoD feeling it presented. With the campaign demo being finished I was herded off and excited to see the multiplayer. While at the special station we were given a match of Team Deathmatch and one of the revamped War mode.

Team Deathmatch is probably well known to shooters and you just kill one another for the best score whereas War probably isn't something everyone remembers. The traditional War mode was about holding flags and progressing, this alters it into almost a Rush mode like in the Battlefield series. There are spawns, points of interest and positions that need to be pushed in order to move forward. It was certainly different and much more strategic than anything the previous Call of Duty games have attempted to do. 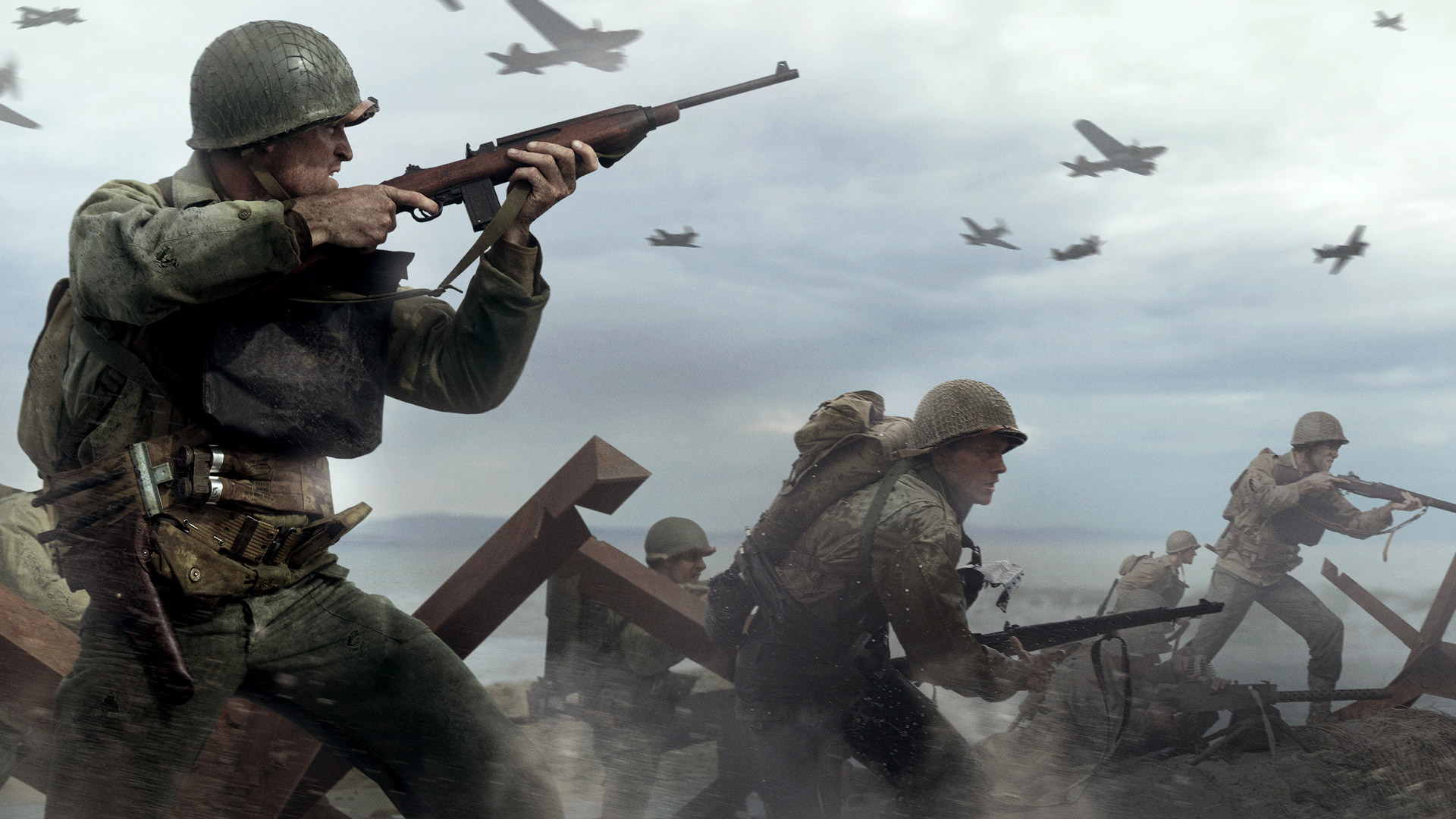 To start things off, I'll go with my first match of battling it out in Team Deathmatch. I actually did fairly well and that's because most of the press I've dealt with over the years of E3 are not great at shooters or competition. That aside, I can get the issues as one individual I was chatting with came from PC and we were using Playstation 4 controllers so I could see how they'd have issues with the change. The match was standard in length and I somewhat slaughtered my opponents. I was also smart to setup killstreaks before the match while running a standard MP40 class. It was so nice to have this game in my hands again and it felt natural.

With the streaks you're earning points each life towards them and then you can unleash a strong advantage against others. I started off with a generic UAV then went to the Flamethrower and finally a Strafe Run. The Flamethrower is powerful and just torches people with such gruesome detail. The Strafe Run then followed that as I went down blasting away enemies in a swift motion knocking out about five or six. This one is a fast timed event as opposed to being in a chopper gunner, but it gets the job done swiftly and gets you back into the action. The killstreaks all seemed very authentic to the time, but I didn't have a chance to really write them down since the loading was quick. 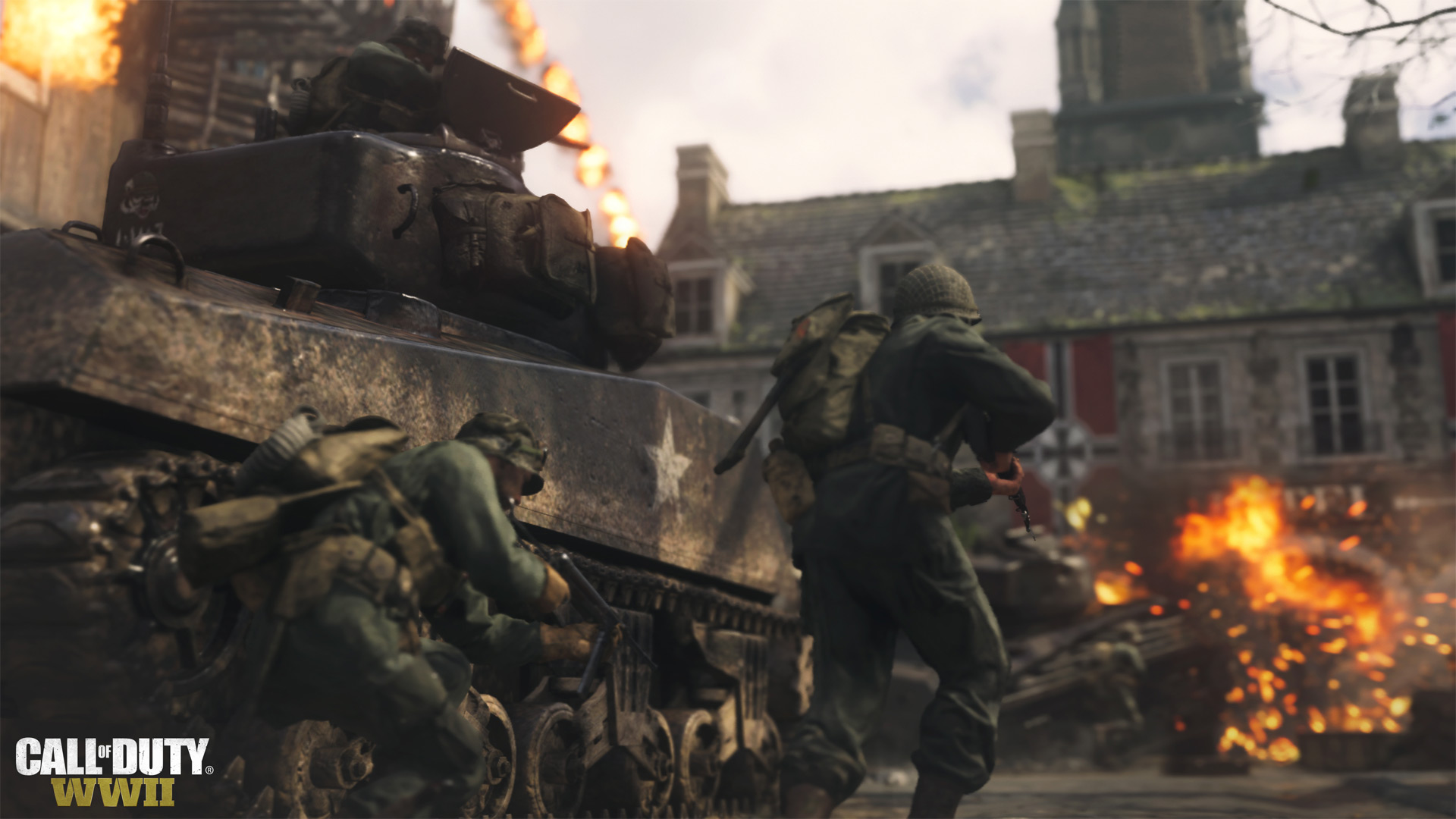 Now onto War which was the most refreshing mode I think Call of Duty has seen in years. It's staged across multiple sections and it something that as an Objective player, I loved. Its turn based with the sense of attacking in the first part of the match and then defending. It obviously goes in whichever order you load into, but in my case I defended and then attacked. On the defense we were first protecting this large mansion and I either went prone or crouched waiting for people to leave their safety areas. You were blocked from spawn points during the game, but most were Zombies like so they'd climb over something and were easy to shoot. They also never seemed to look for me despite killing them multiple times from the same spot, but that's on the other press and not my fault. I suppose I felt bad for some of them running into death and in the first round they didn't make it anywhere.

The second side had us switch and we basically decimated their defenses. We took the house in a couple minutes by huddling within it and then proceeded forward. The next area was based around construction which was crazy different for Call of Duty. The bridge was taken out and we had to fix it while also dealing with fire from across the river. At first I tried to help with the construction portion, but found a planted large machine gun which I believe was the MG 42 and built it. I had to hold down the "interact" button for awhile and it was constructed, with smoke grenades and heavy caliber fire we got the bridge fixed.

The final measure for victory was a tank push, we needed to protect and guide a tank through the streets. This was deadlier, yet not too difficult as we went through the streets firing away at enemies that got in the way. That's about all for the multiplayer and it was great, I absolutely hate Infinite Warfare's multiplayer with WWII feeling so proper. I'm not a Deathmatch sort of player as I crave objectives such as Headquarters, Demolition and the like so I can confidently say that War was refreshing. I look forward to seeing the full multiplayer towards launch and for now check out my thoughts on the campaign demo I saw at E3 2017 below.