At this point you've probably played Minecraft, maybe on a couple consoles like I have though with the Nintendo Switch version things are a bit different. The first thing to note is that this is the first version of the 4J Studios' Minecraft line to be "medium" in size. This means that it's less powerful than the Xbox One and Playstation 4 versions while being larger than Xbox 360, Playstation 3 and WiiU iterations. This really only comes down to the size of the world offering a slightly larger place to visit, yet limited in comparison to other modern consoles. It's still considerably better than the crappy WiiU version of the game with better rendering, larger worlds and slightly improved features.

The biggest draw for this version of Minecraft is the portability. You can literally pick up on the console and go out with it while playing this console version of the game. The Pocket Edition version is however better if you have that on the phone with more features, but if you like the simplicity of 4J's take on it then this is perfect.

I had an absolute blast killing time at my last movie screening with the game. I was sitting in the line using the dual controls setting and then attached the Joy-Cons while sitting down. This whole process lasts about an hour and a half since that's just how screenings are setup. At about 60% screen brightness I had around 70% battery left which was incredible.

This is going to be a great game for those on the go moments for parents that don't want to hand over their phone so the kid can play. Minecraft Nintendo Switch also looks solid on the portable display, but it's apparent once plugged into console mode that this version has a much lower resolution than the other ones. That aside, they've created a solid rendering version of the game no matter where you use it on the console. I also love the Joy-Cons for this as you can sit back more with them being separated with just so many options being present for controls. The game also has the option to easily play with others online and the mini game modes as well.

Other than that, it's basically your regular Minecraft being slightly behind in updates to the others. It'll catch up eventually and for now it works fine. I would have liked to see some fresh content for the game as it really is just the same as the WiiU version but adapted to the console. If you don't have the game then this is a good option for picking it up and I can see this being something that kids will love. While you're out you can keep working on your world and then continue playing at home by yourself or with others.

Our Nintendo Hub
Our Minecraft Hub 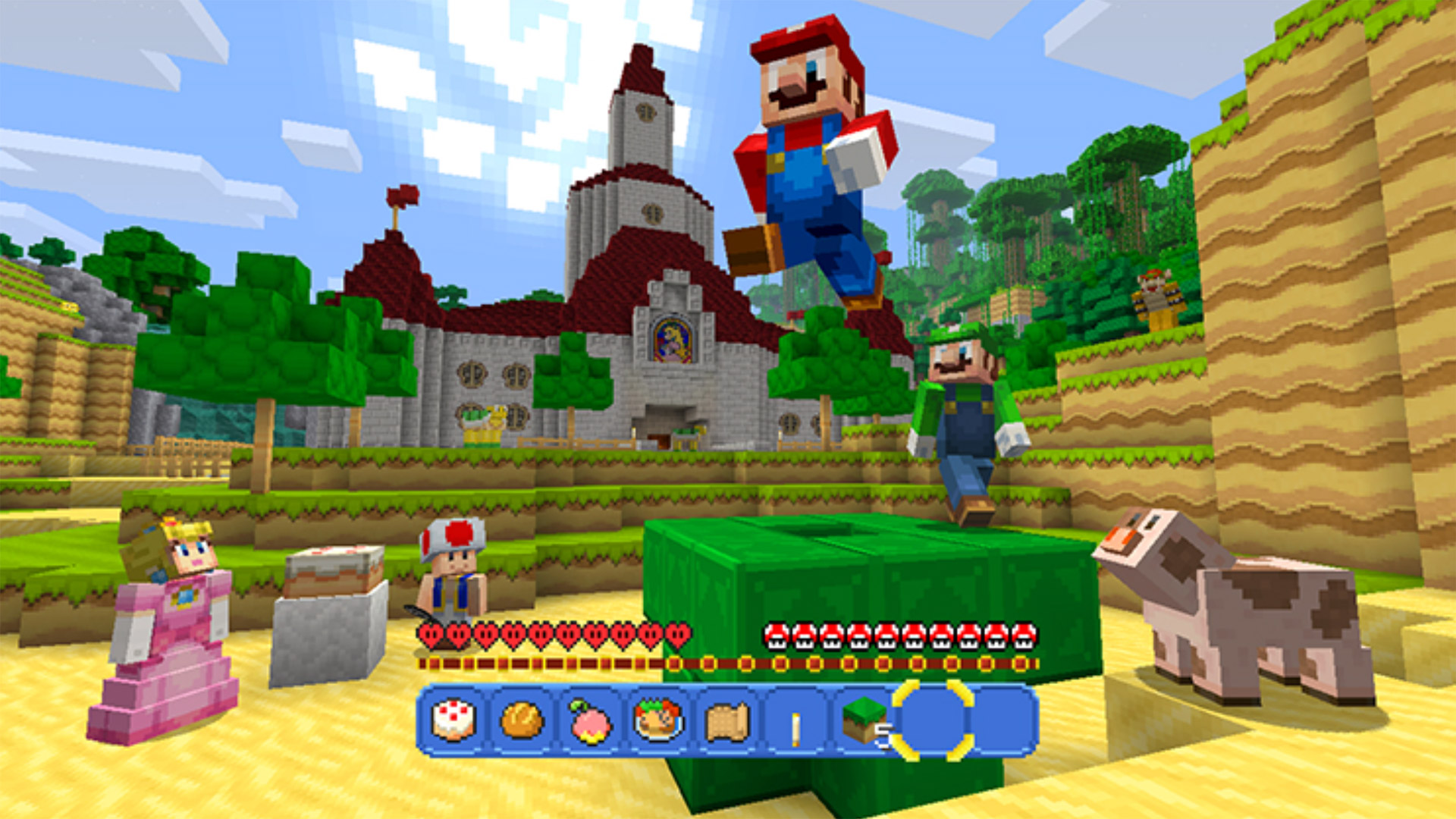