Uncharted 4 was one of the largest releases of its given year being a definitive sort of ending to the Uncharted series by bringing Drake back for one last adventure. His brother randomly comes into the fold after Drake has gotten a bit older with an adventure of fortune to end all fortunes. The story starts years before the first entry in the series of "Drake's Fortune" and explains how his brother fits into the overall story along with why he's been gone so long. Jumping back to the present, the two do decide to seek out this mysterious treasure while keeping it a secret from Elena. The usual squad comes back together for this one as Sully joins the hunt knowing that Drake will need someone to watch out for him. This continues that traditional style of gameplay from the previous games, but you can feel that everyone has gotten quite old now.

What follows is an incredibly lengthy and action packed ride. The game takes players across gorgeous vistas, crowded cities and provides many intense cinematic sets. Some of my favorite moments were being chased through a town with everything crumbling, seeing the breathtaking savannah and exploring the desolate island. There was just so much available within the story and it was the sort of world that many other games just can't match these days. 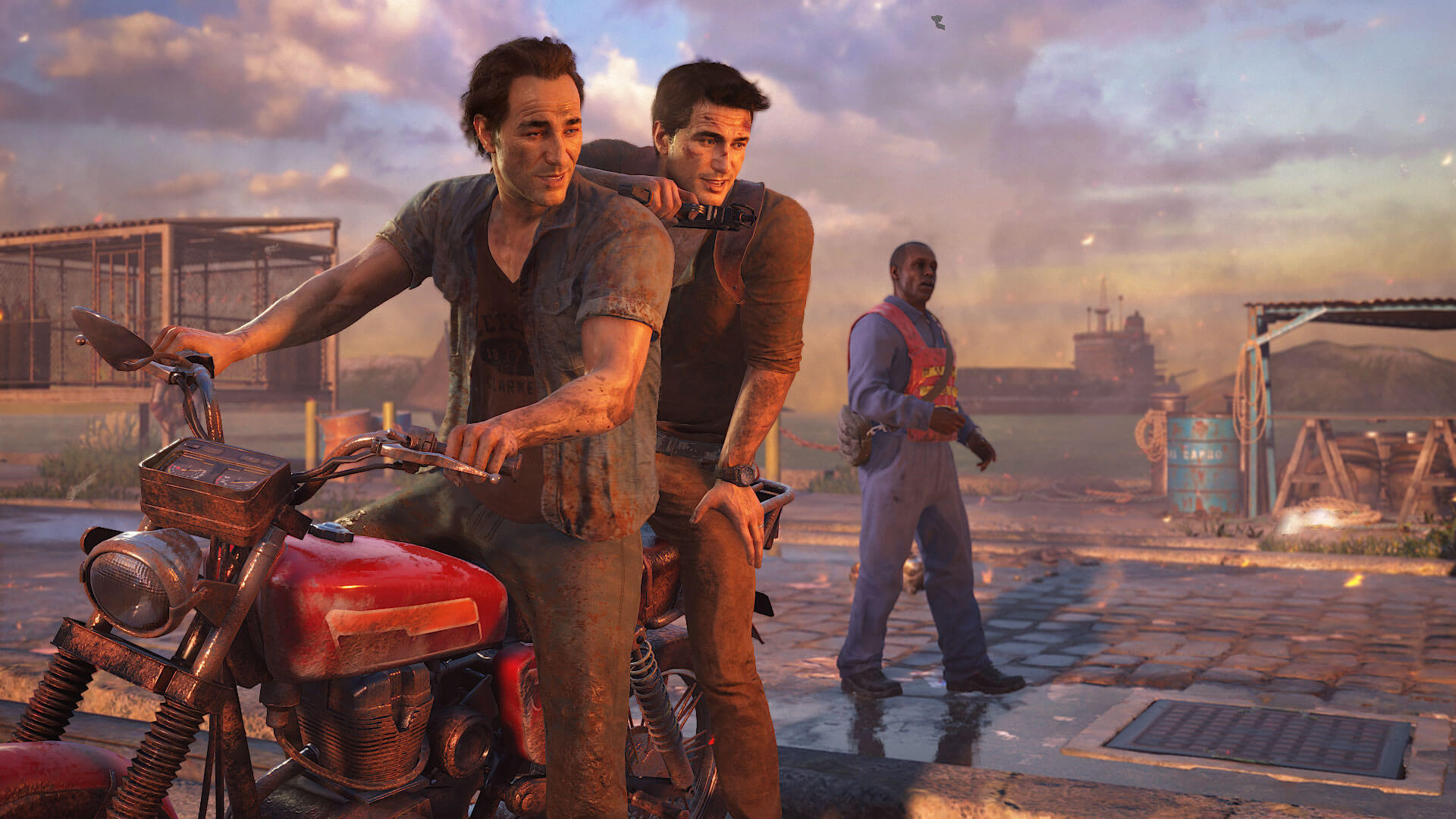 Every single area was filled to the brim with details whether they grand in scale or just the tiniest object. The amount of care to make each area feel distinct was well appreciated. With how beautiful areas were, it was amazing that the scale was able to grow with it. Many of the locations felt vast with open areas of combat or exploration. It still had the linear elements you would expect, but with the added element of choice in how you could tackle various scenarios. I was also surprised with just how great the climbing elements were hidden within the levels in that they felt like a part of the scenery while still being obvious climbing spots. The story was also great offering a nice closure for the series while making sure everyone was set in what could happen next. This was a perfect finish for the story and while I don't think it will be the last, it tied it up nicely.

There was also a fairly fun multiplayer mode that took the characters from the series and had them fight it out. I personally thought this area actually dragged the game down slightly as it was alright? I really didn't find it too interesting aside from being fun for a few matches and then I never went back. It was nice to see the inclusion of extra maps over time and that there was a surprisingly engaged community on it though. Looking forward Uncharted 4 will see a split-off story called "The Lost Legacy" which follows Chloe and gives her a separate story. This is great as I thought it was really odd not to see her show up in the last, but I suppose this was a Drake family focused narrative.