Minecraft Xbox has just turned five years old and I can't honestly believe it, or that the game has changed so much over that period of time. I originally received Minecraft Xbox 360 to review two weeks before launch which was magical, but I regret not being older to handle the launch of the game better since its grown so massive. That aside, it was exciting as the game also released on my Birthday so I get to celebrate both which is nice. It's an odd tie-in for sure, but I've certainly enjoyed the game with it being the place where I first started to love Minecraft. It was a simple version of the game back then, not much going on in it with the bare minimum of features.

Flash forward to the current time and it's stacked with items, mini games and other things that bring it closer to the PC version. 4J Studios has done a great job in that regard, especially when they manage so many console editions. That aside, I feel they could have done this quicker in comparison to the Pocket Edition. That version has seen the same serious updates in the last year where they're pumping out the improvements and new features to the point where that ieration has surpassed consoles. It's also much less buggy as there's been a horrendous history of issues with the updates over the years, not to mention the many delays for those updates. A final extra piece to that is the world rendering can be better and the worlds are unlimited, not to mention all the extra add-ons available. 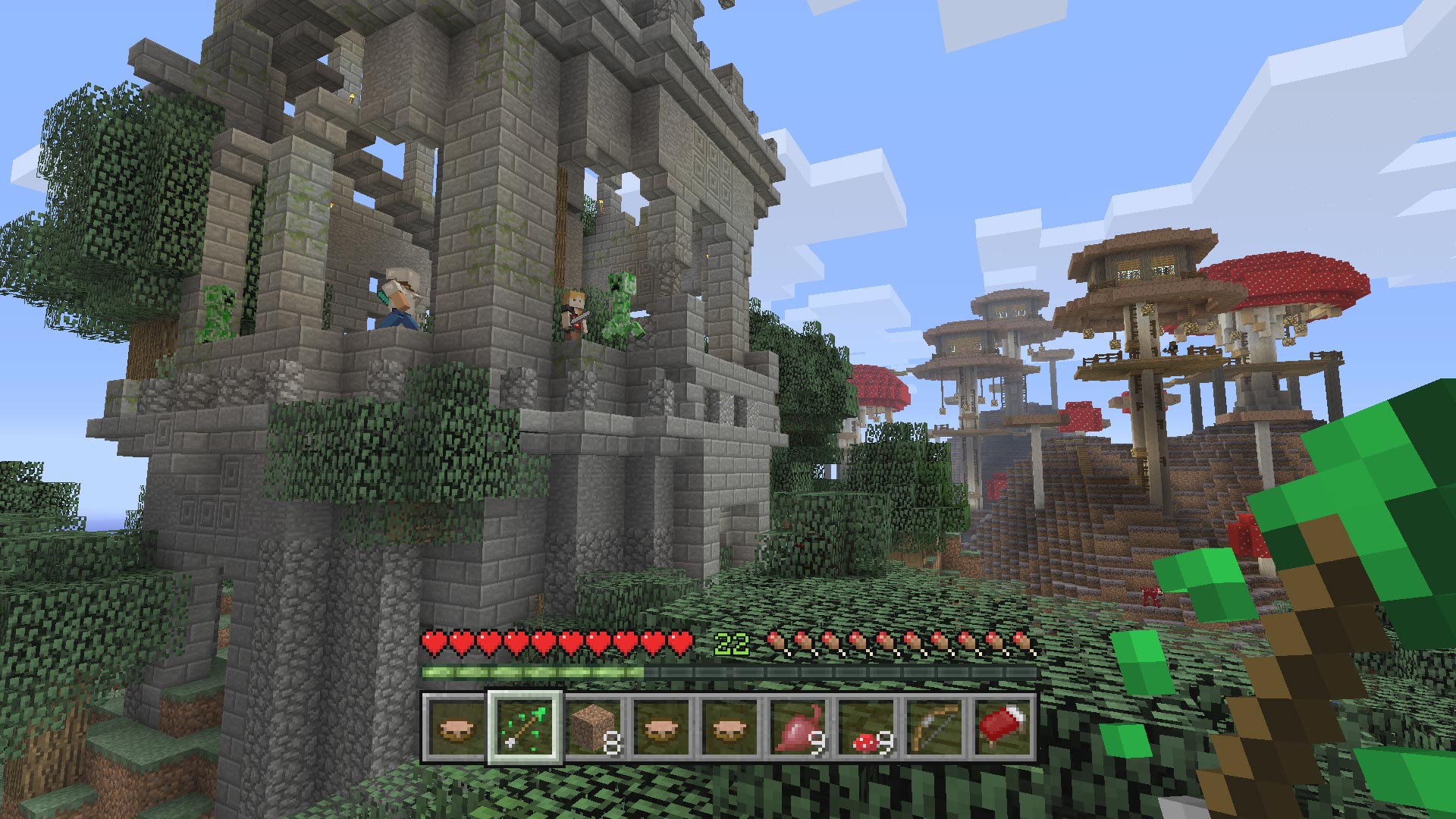 I'm not going to complain too much as they have brought so many hours of great times and have successfully ported Minecraft Xbox to every other console. After some time on Xbox 360, Minecraft Xbox One Edition finally released and that was a big deal. It had a small upgrade fee at launch and was just crazy in comparison to its predecessor. Not only did it somehow look better, the worlds were absolutely massive and rendering was just phenomenal. This was a big deal for those that had only played Minecraft on consoles and I was pleasantly surprised by it, even though it took so long for the game to release.

I've just loved Minecraft Xbox, I've wasted days of my real life away playing with friends across various worlds. I've spent hours streaming it, making videos and just sharing my experiences. I have also worked with others to create mini games, pvp arenas and just share their creations. It's great to look around at other worlds and build with new people as you can constantly learn different techniques for your own creations. Even to this day I still see neat tricks of creation that I didn't even think of before. That's most likely where the magic comes from in this game and it's been a blast.

To see Minecraft Xbox change so much just five years later is crazy, I can't even believe it's been that long and can't wait to see what happens with this game as it continues to evolve. Who knows what crazy Minecraft VR or AR things might come out for Minecraft Xbox in the future and I find it cool that any sort of thing could happen with the game. It's really just such a simple idea that has continued to grow and has almost unlimited options for new features or advancements. I'd personally love to see Xbox get Add-Ons for Minecraft as that could greatly evolve the experience like it has for Pocket Edition.