The Legend of Zelda: Breath of the Wild is Not Flawless

The Legend of Zelda: Breath of the Wild was met with incredibly high acclaim upon its release and while certainly a fantastic game, it wasn't entirely a flawless experience. I also think that at least part of why the game itself scored so high, with little criticism was just due to it being Zelda and critics being blinded by it finally releasing. In the Breath of the Wild there was little to no structure in what you're doing which is great for those that want to explore without limit. Though by doing that your story is going to suffer and with how great RPG narratives have become these last two generations Zelda should have kept up.

The game didn't have any real story to it and even side activities didn't provide any interesting mini narratives. It was basically down to just saving Zelda after you had died a hundred years ago and that was it. You gain little bits of the back story by meeting a bunch of characters that you don't get to know and I'm supposed to feel an emotional connection for them having died? I suppose you could go around triggering events for a small glimpse at the past, but there's nothing to build a story there. You don't necessarily have to provide an emotional tale, but it would have been nice to see some connected story told. Even by the end nothing feels cleared up and it just somewhat finishes. 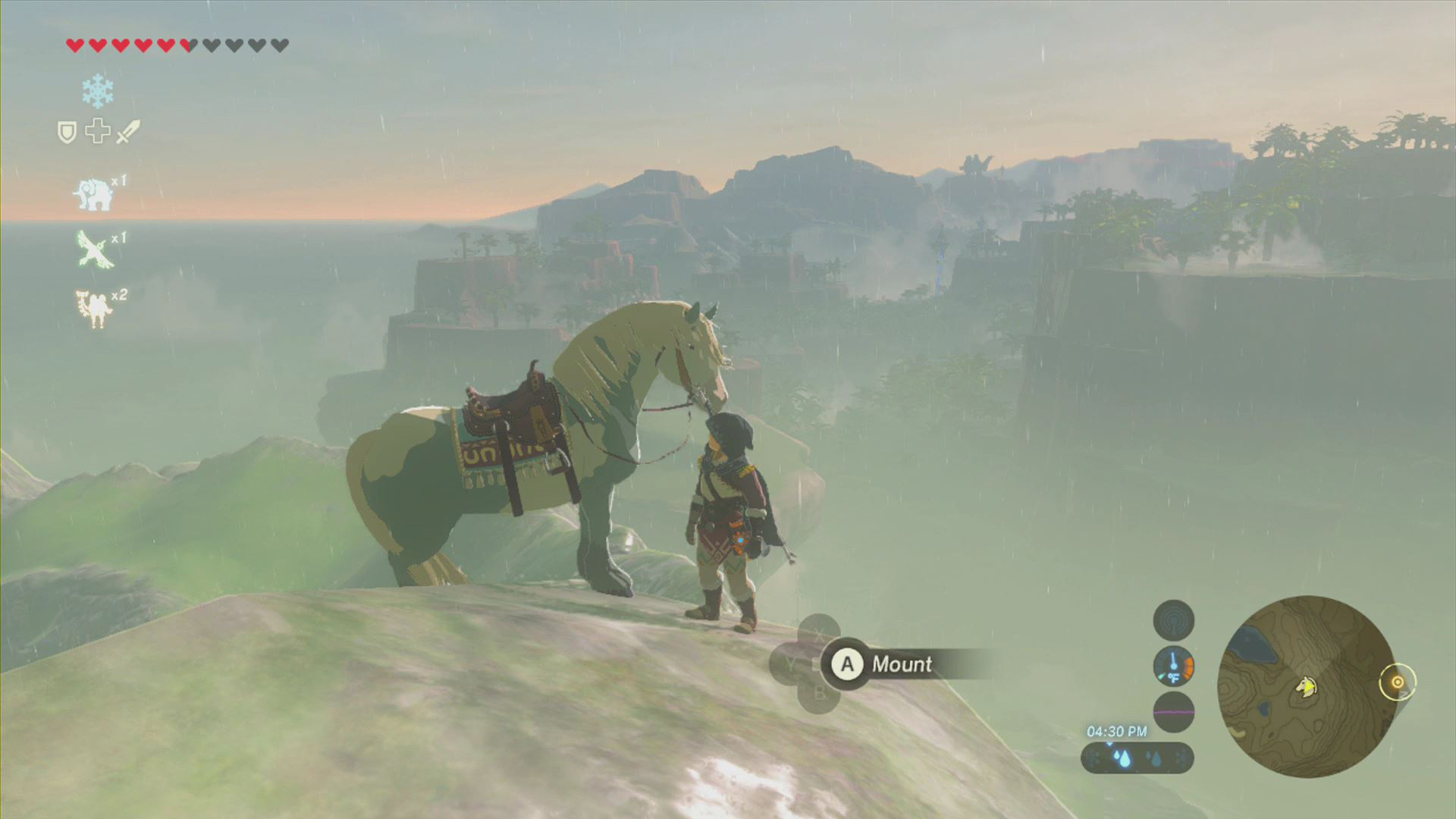 Another point to go over is that the graphics really weren't that amazing. Let's all be honest here, some scenes were gorgeous with that mostly being the grass regions. Though for the most part it really didn't look great and was incredibly rough around the edges. This could be best seen during cinematic that had any anything ciruclar or straight lined as they came across with ugly jagged cuts to them. Take the image above for example, very little compression on it and the rock looks bad. At E3 2016 I was hesitant with these graphics but I was told they would be polished up and no, they look the exact same as then. Sure the scale of the world isn't matched by many other games, but coming from Horizon Zero Dawn the week before did not help Breath of the Wild's case.

The difficulty was a huge issue I had with the game since it had no exact rhythm. The Dark Souls series is something everyone likes right now and I honestly don't care for titles that aim to provide death. I'm fine with difficulty though as some people like that experience, but in Zelda it's all over the place. One of the first bosses I tackled slaughtered me for quite awhile whereas the next one I annihilated in a few minutes. After that one the next picked up where the first left off providing a middle ground of annoyance. This was terribly weird and while preparation is essential to success since weapons are weaker than a twig I could find on the ground in my backyard, it shouldn't fluctuate that much. It was just so strange that despite collecting my hearts and gathering better gear that Link still was insta-killed by basically everything. I'm not asking for a clear run through the whole game, but one that finds a balance which makes some sense.

This was particularly bad at the final boss as I absolutely mulched through it until the last invincible dodging part (WiiU Controller dodging is awkward for me) and even that wasn't bad. It was just strange after taking out some challenging dungeons, running past all the crazed Hyrule Castle guards only to take on this casual enemy. The final sequence was especially a breeze and while I appreciate a calmer finale to games it seemed underwhelming. 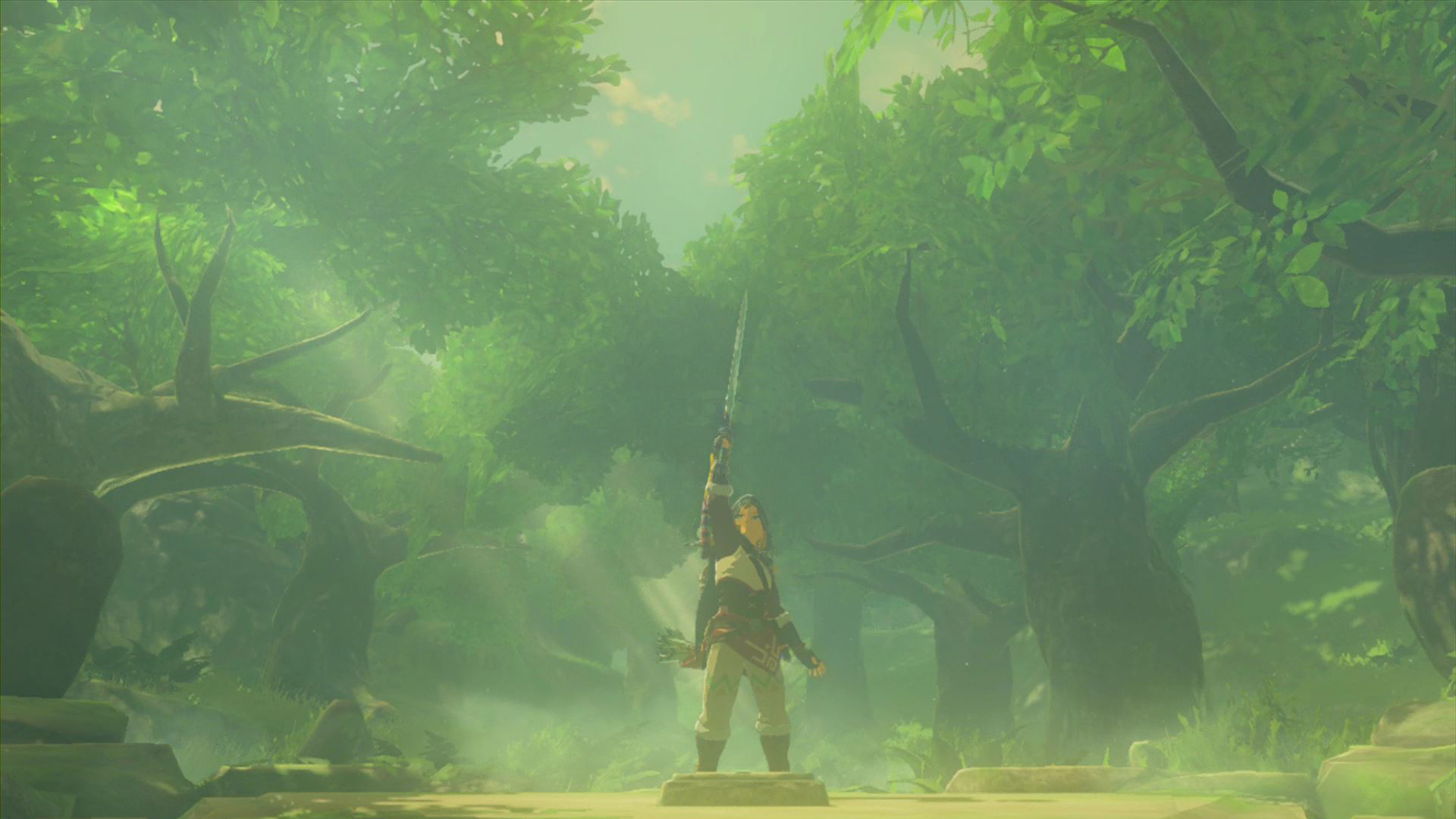 Shrines were also an odd focus in the game since you absolutely needed to do them in order to get enough hearts or stamina. It was strange having gameplay interrupted by essentially having to do them. I would need to do a pile of these odd ranging from clever to silly shrines in order to get anything done in the game. The amount of initial stamina is absolutely pitiful and it seems like Link was a heavy smoker a hundred years ago.

There are also issues with the game's performance at times with frame drops and in a game that really isn't pushing the graphic boundaries this shouldn't be an issue. Aside from a weak basic story and some old school aspects it was still a great game that I enjoyed playing. The world is seemingly endless with tons of unique locations to visit and the environments are filled with activities to do. There's also that open choice of doing whatever you'd like which is certainly alluring and with the Switch you can take a full Zelda game on the go. I'm not saying the game isn't great, but it sure isn't flawless like I've seen so many people state.

Our Nintendo Hub
Read our Legend of Zelda: Breath of the Wild Review