The New York Toy Fair 2017 continues to be exciting and we're taking a look at various sets from the Playmobil Wildlife set collection in 2017. These are sets releasing in the future that feature a variety of animals, people and buildings. We're going to be breaking them down here providing what details we have and showing off images. 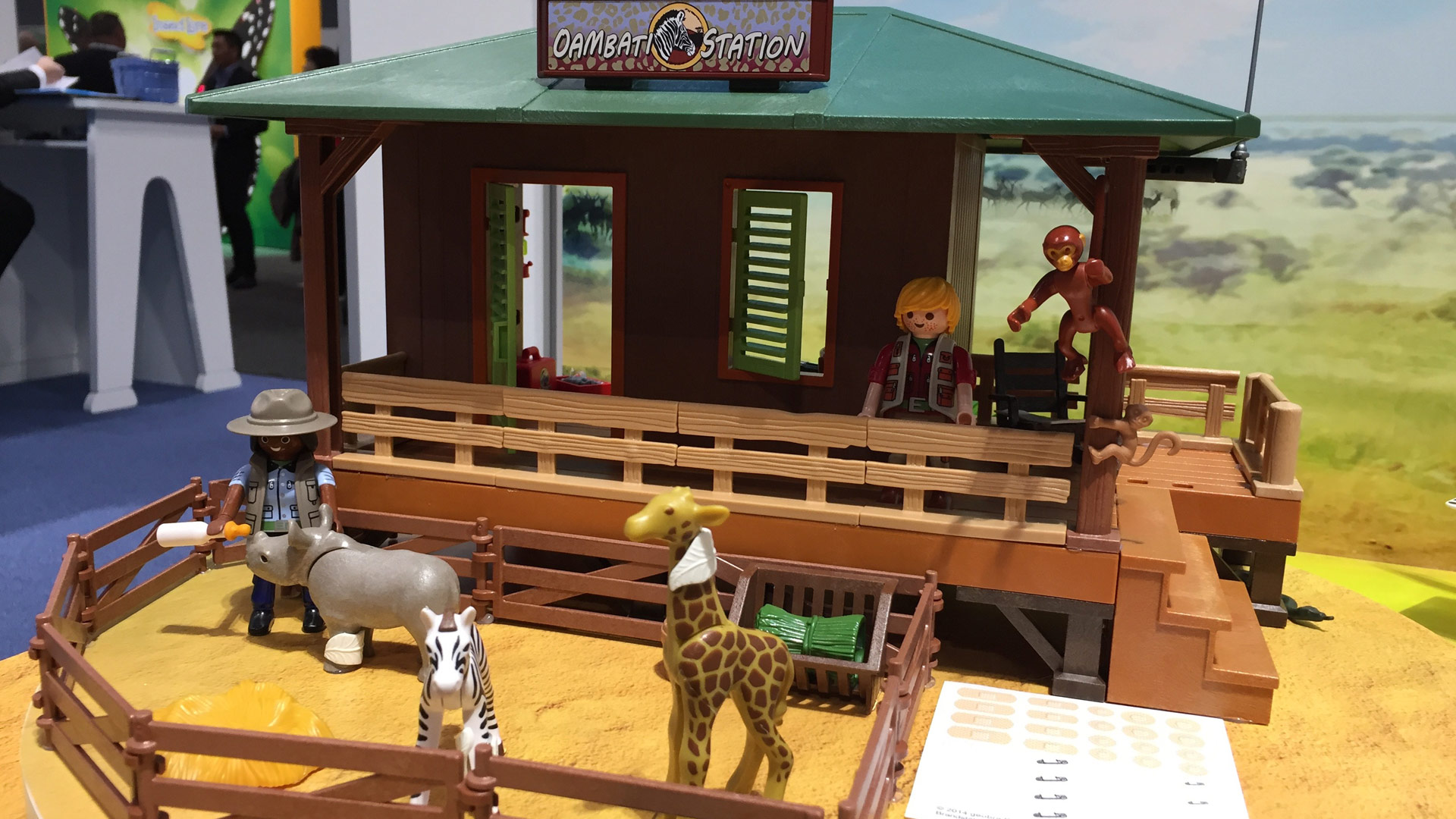 Set 6936 Ranger's Station May 2017 ($59.99 USD)
The larger set of the collection features a full animal sanctuary type setup to assist with nursing and caring for various animals. The set includes two people; baby zebra, rhino, and giraffe, mom and baby spider monkey, medical supplies and other small accessories. I quite like the design of this one, it's simple yet has a full setup feeling to it. 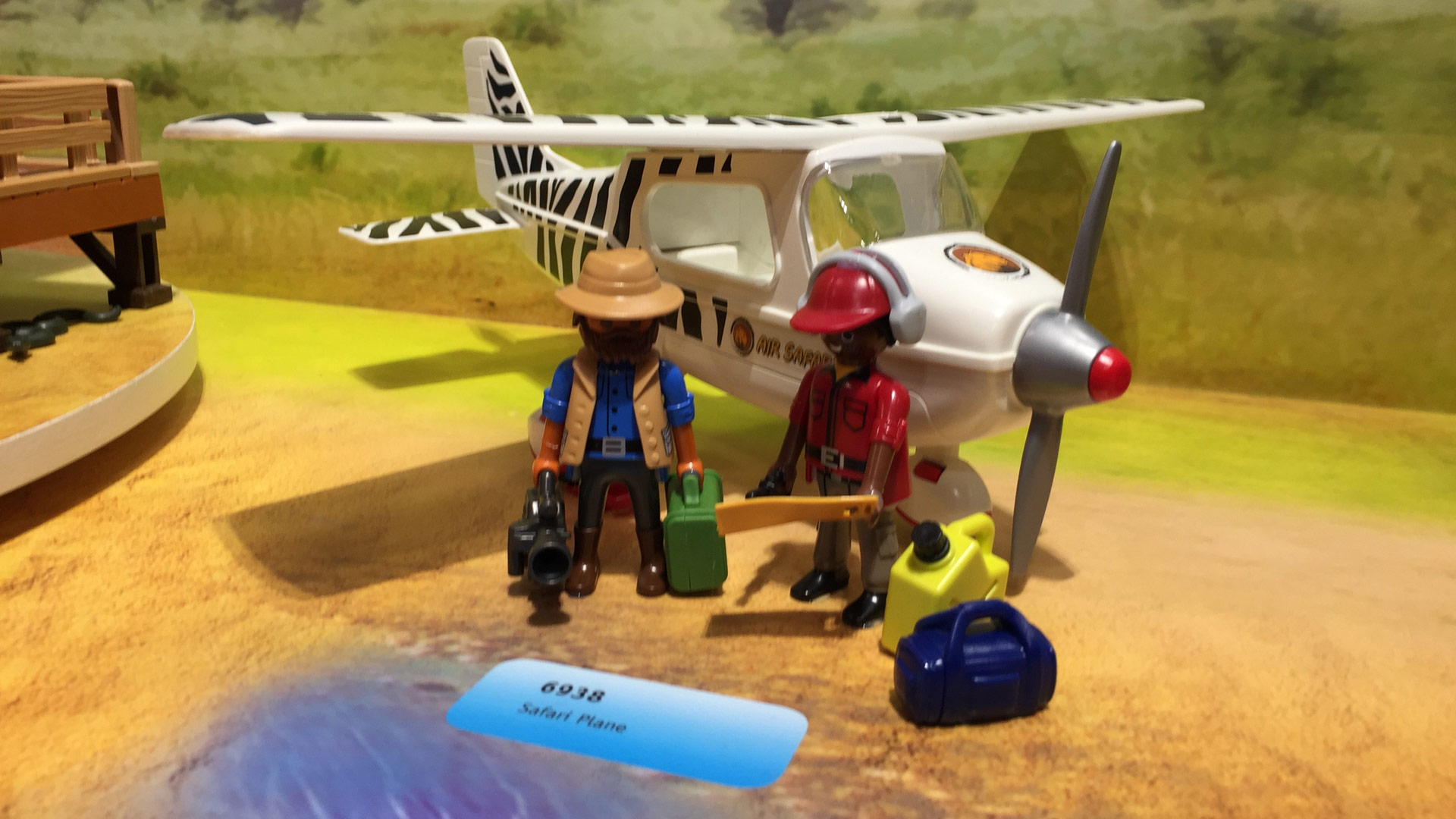 Set 6938 Safari Plane May 2017 ($24.99 USD)
A high flying plane featuring two people, a videographer and a pilot that set out to explore the safari to capture its beauty. 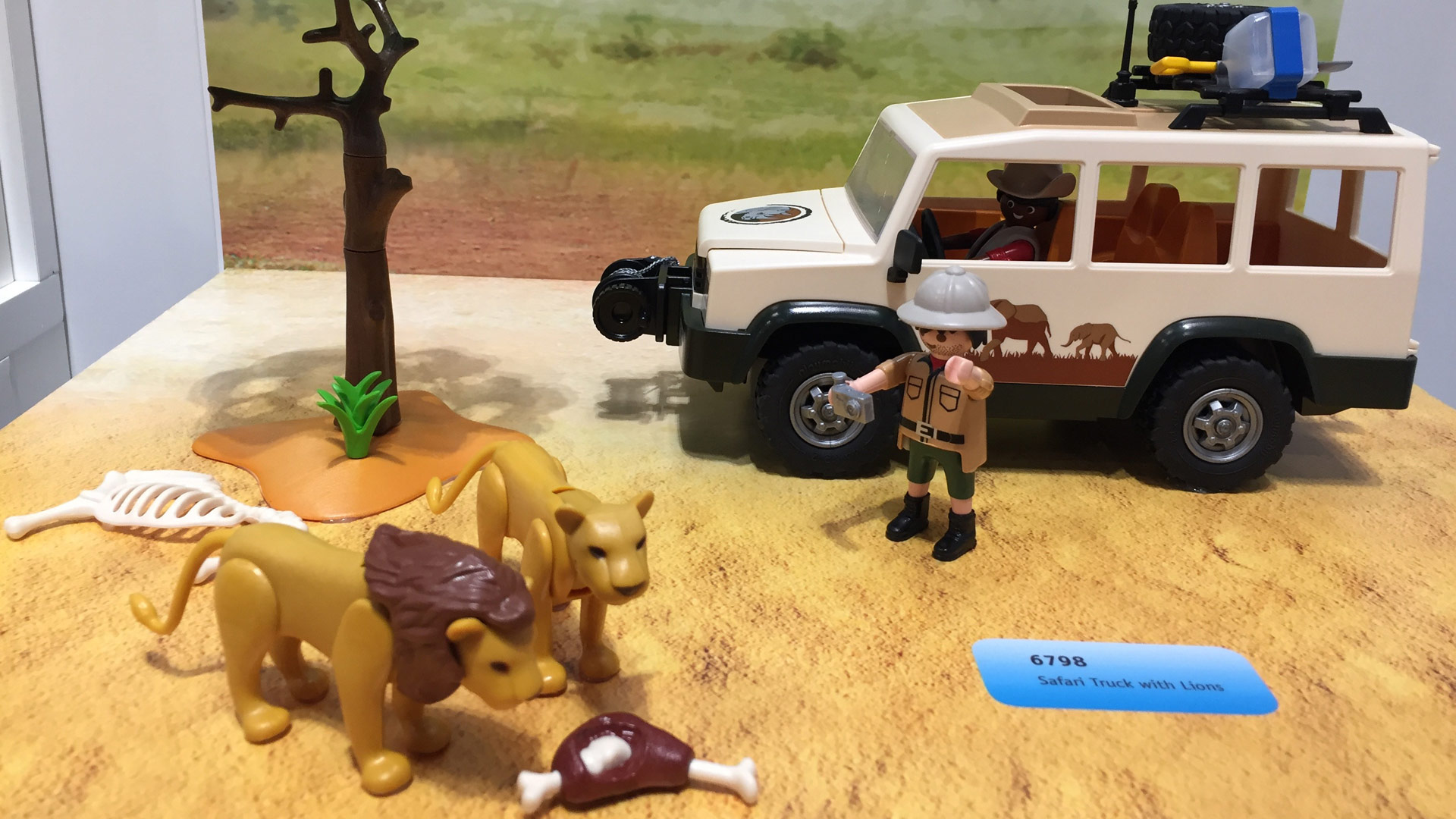 Set 6798 Safari Truck with Lions May 2017 ($24.99 USD)
This might be a typical tour scene in the safari featuring two people in a vehicle design for viewing creatures and two lions snacking away on some meat. There's a tree for scenery and well compact jeep vehicle. 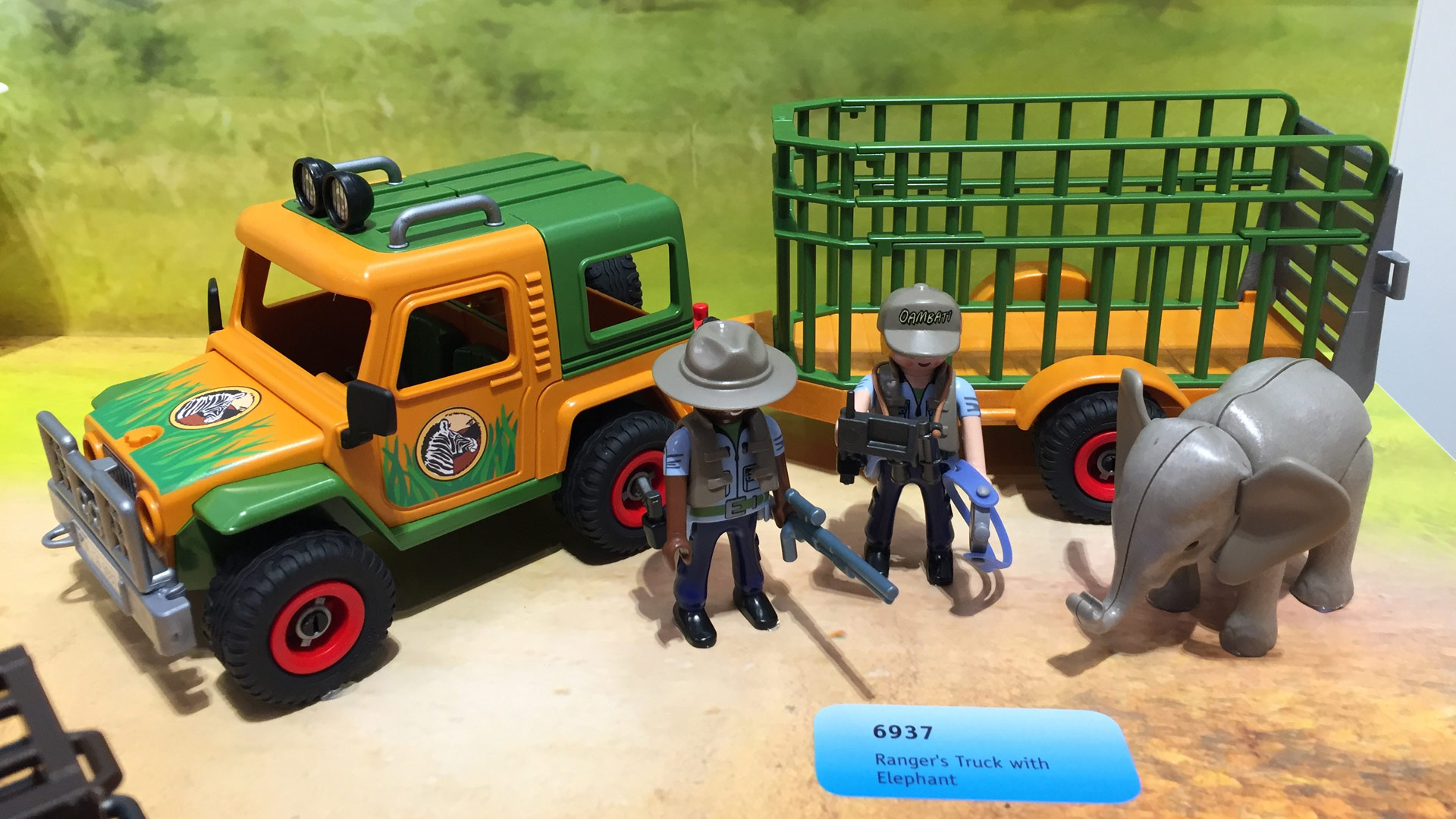 Set 6937 Ranger's Truck with Elephant May 2017 ($29.99 USD)
Another slightly larger set, you get a fairly lengthy vehicle that is carried by a jeep and supports in tow a cage. Included are two people; baby elephant, trailer and other small accessories. The little elephant is actually somewhat awesome and this looks like a fun catching set that would go well with the various separate animal packs below. 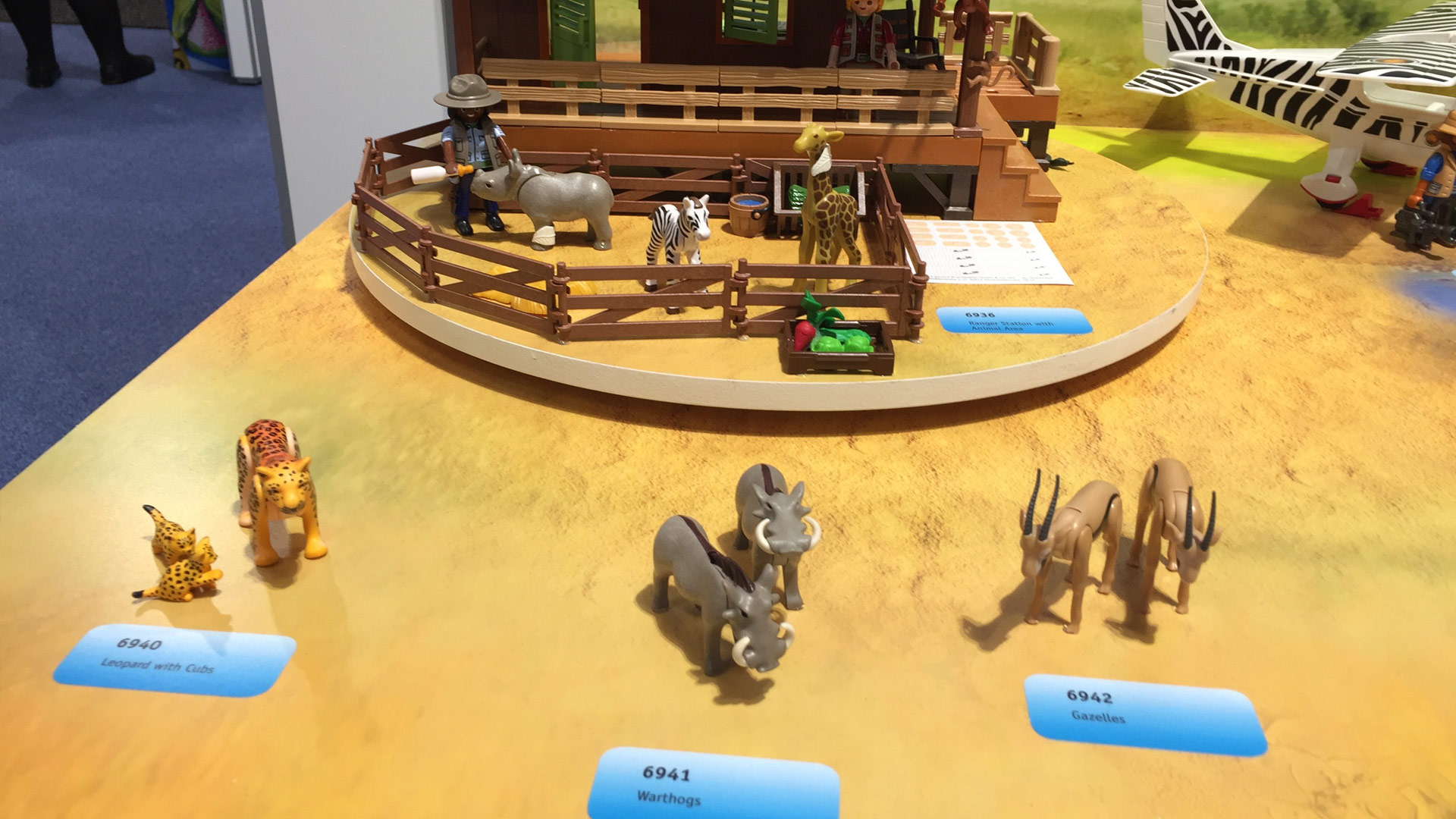 Sets 6940 Leopard with Cubs, 6941 Warthogs, 6942 Gazelles May 2017 ($7.99 each USD)
This picture features a variety of small animal packs including "Leopard with Cubs" where you get two small leopards and a large one. There's also "Warthogs" with two of these brute creatures and "Gazelles" with a two pack of these gracefully animals. 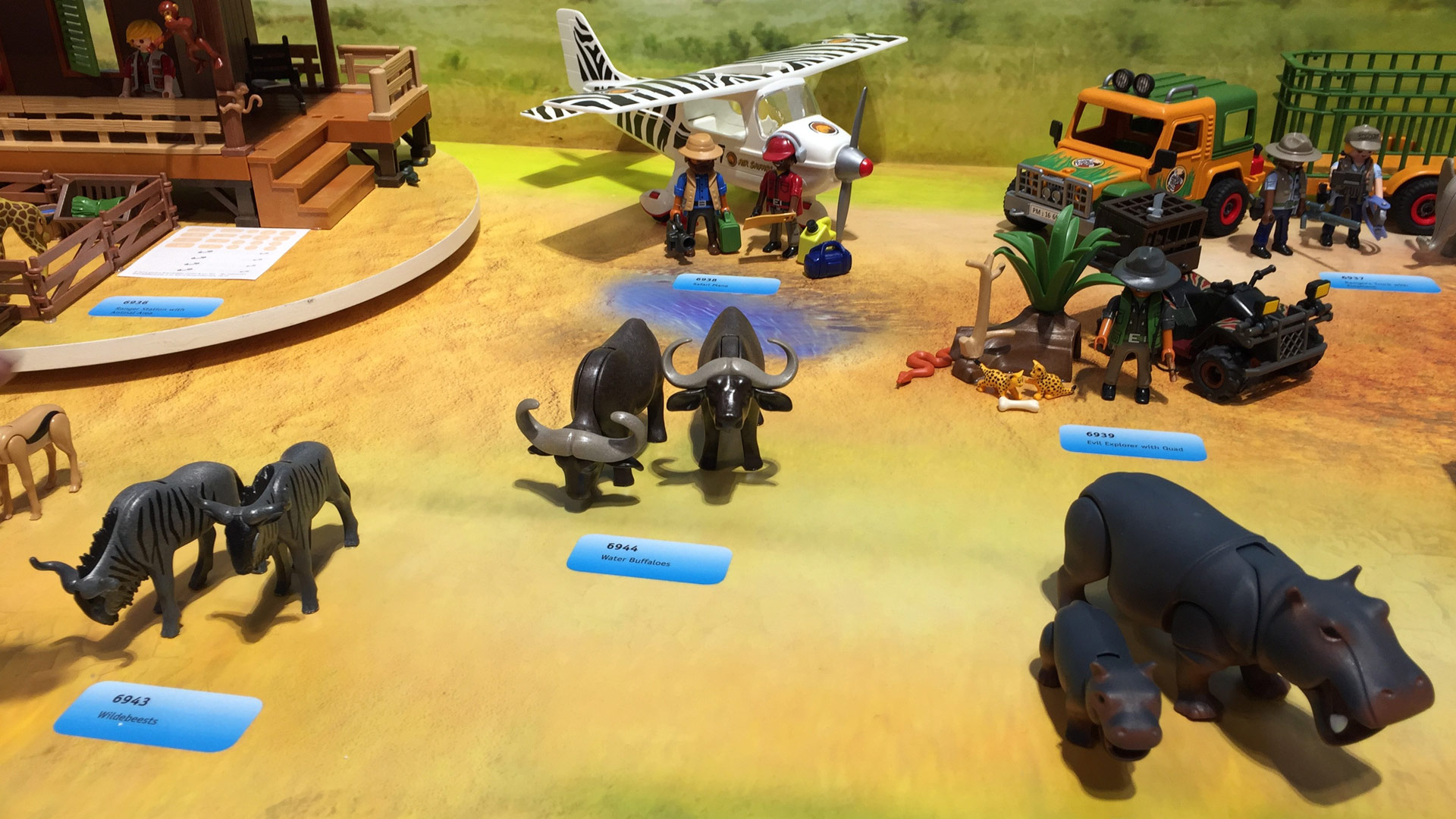 Sets 6943 Wildebeests, 6944 Water Buffaloes, 6945 Water Hippo with Calf, 6939 Evil Explorer with Quad May 2017 ($7.99 each and Evil Explorer is 14.99 USD)
Another variety pack picture including four sets this time. The larger set in this pack is the "Evil Explorer with Quad" featuring what I assume it a possible poacher looking at two leopard babies and a snake. He also has a great looking quad and an evil look to him. We also have "Wildebeests" with two full grown ones, "Water Buffaloes" which is the same as the former and a "Hippo with Calf" that I find self-explanatory.