The New York Toy Fair 2017 has been fantastic and the first booking our site attended was a special LEGO one. In this event we were able to grab a selection of photos and below we've compiled all the great LEGO Marvel Super Heroes sets that are releasing over 2017 with a bit of information on each. Included are the release date, the cost and the general set information along with a lovely photo so you can see the heroes in action. Not all full set names were allowed so we're giving the information that was allowed to be collected. 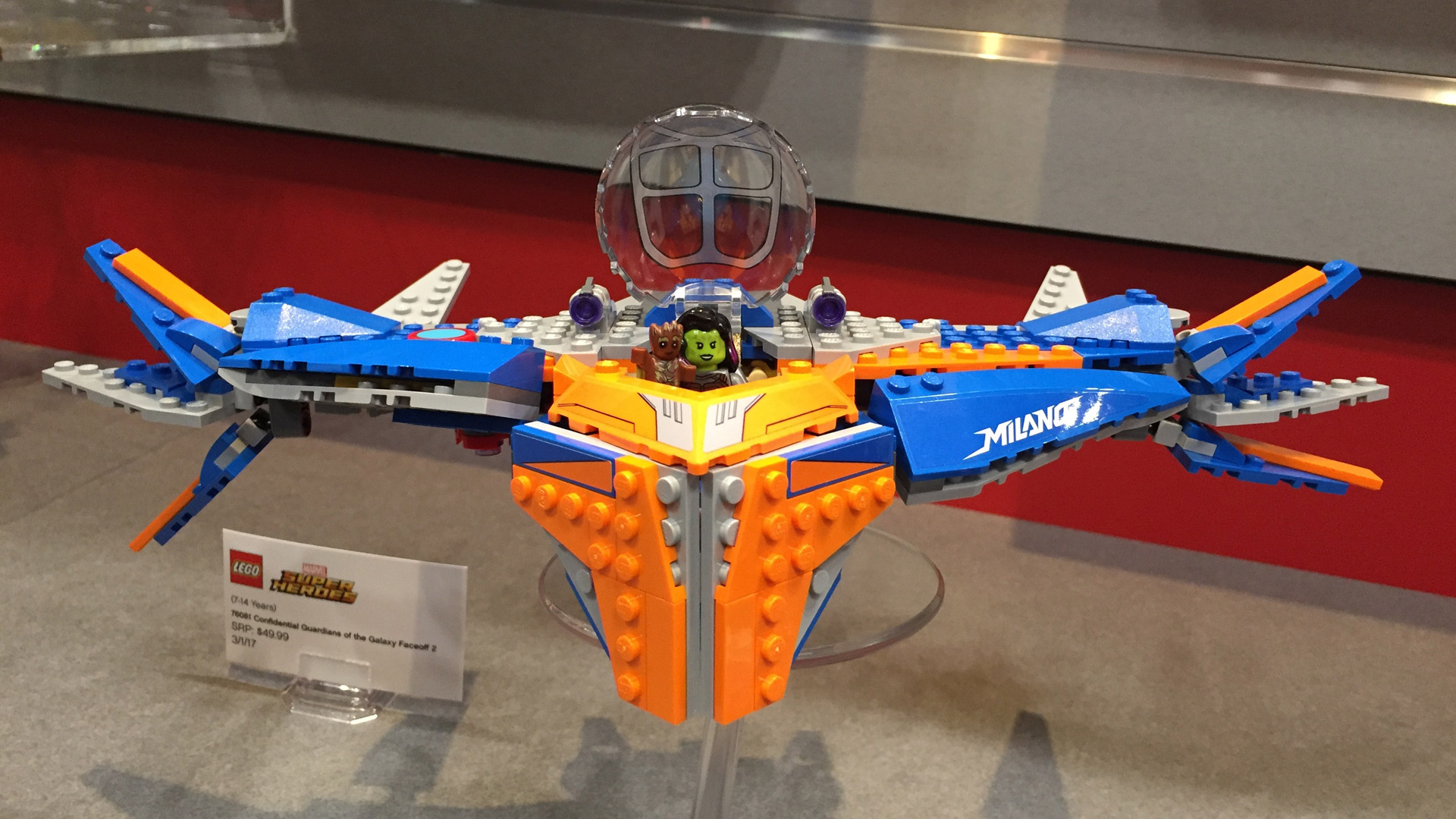 Set 76081 Guardians of the Galaxy 2 Face-Off 2 3/1/17 ($49.99 USD)
This is the standard air vehicle type set which features the Milano being piloted by Gamora and Groot in small form. Groot is obviously adorable and also included is a minor battle against quite the odd purple creature. The full selection of Minifigs includes; Nebula, Gamora, Drax, Star Lord and Groot. 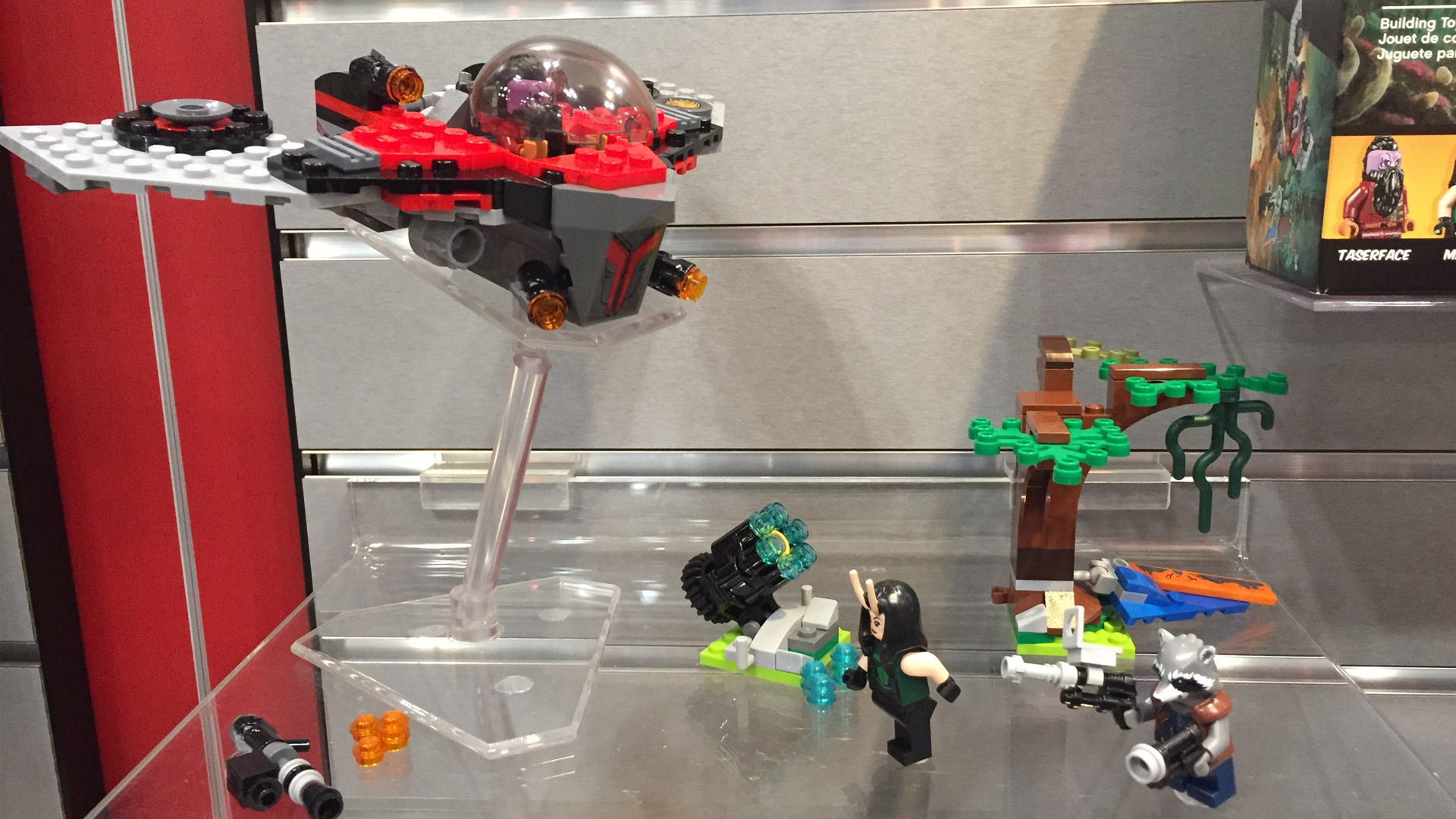 Set 76079 Guardians of the Galaxy 2 Villain Veh 3/1/17 ($19.99 USD)
A smaller set, we have Taserface going up against Mantis and Rocket. Taserface has a great smaller ship that I think looks fantastic whereas Rocket is seriously packing with weapons. There's also a small tree for some environmental aspect and a large cannon which I assume is meant for Rocket. 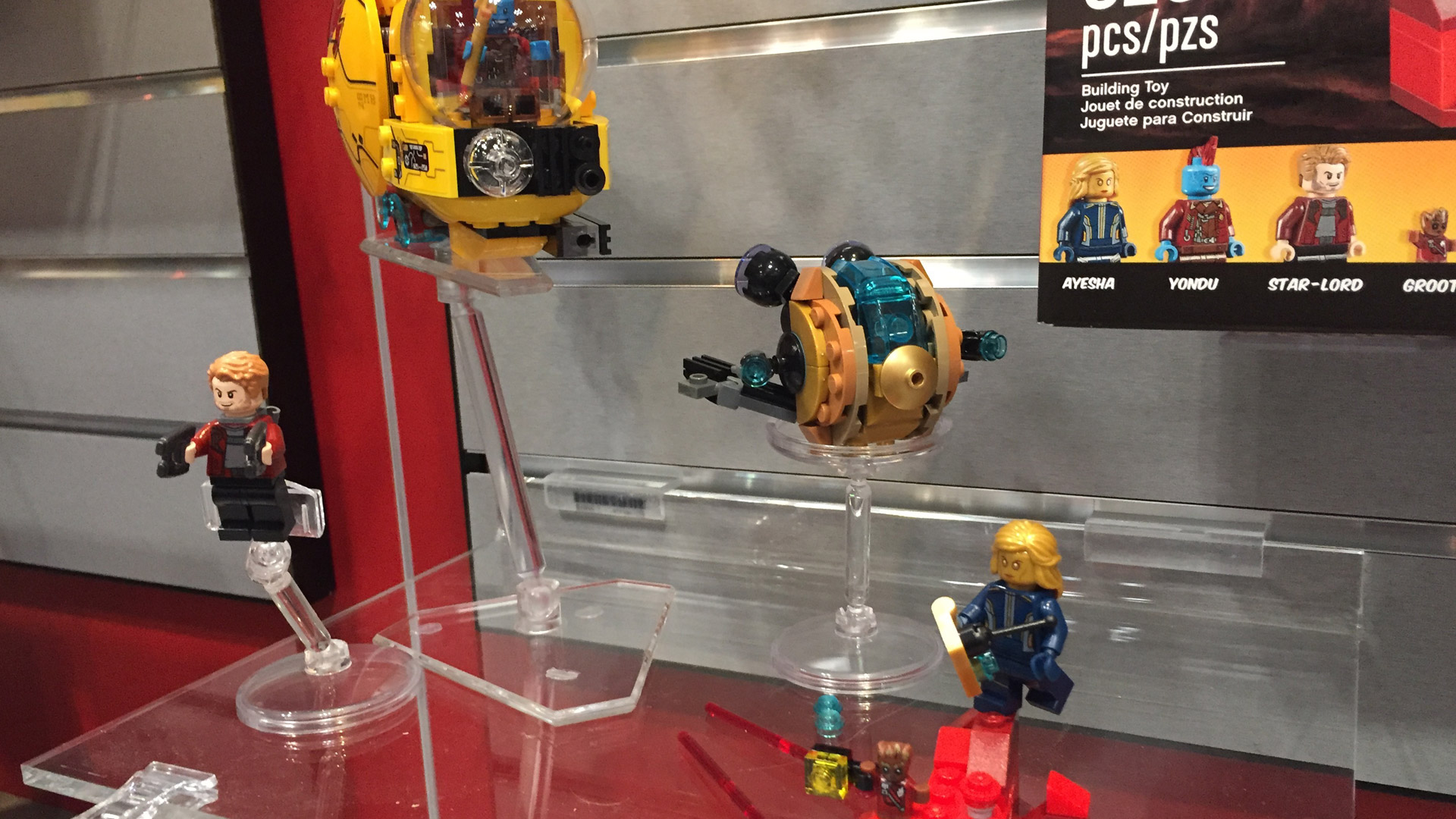 Set 76080 Guardians of the Galaxy 2 Face-Off 3/1/17 ($29.99 USD)
The first Guardians 2 Face-Off set features the Minifigs; Starlord, Ayesha, Yondu and Groot. This set is a more basic in design, but filled with minifigs of many top characters which is something I love. It also contains two small ships with a circular one and a slightly larger than that ship Yondu is controlling. They somewhat look like they're ships from the first Guardians of the Galaxy movie as well. 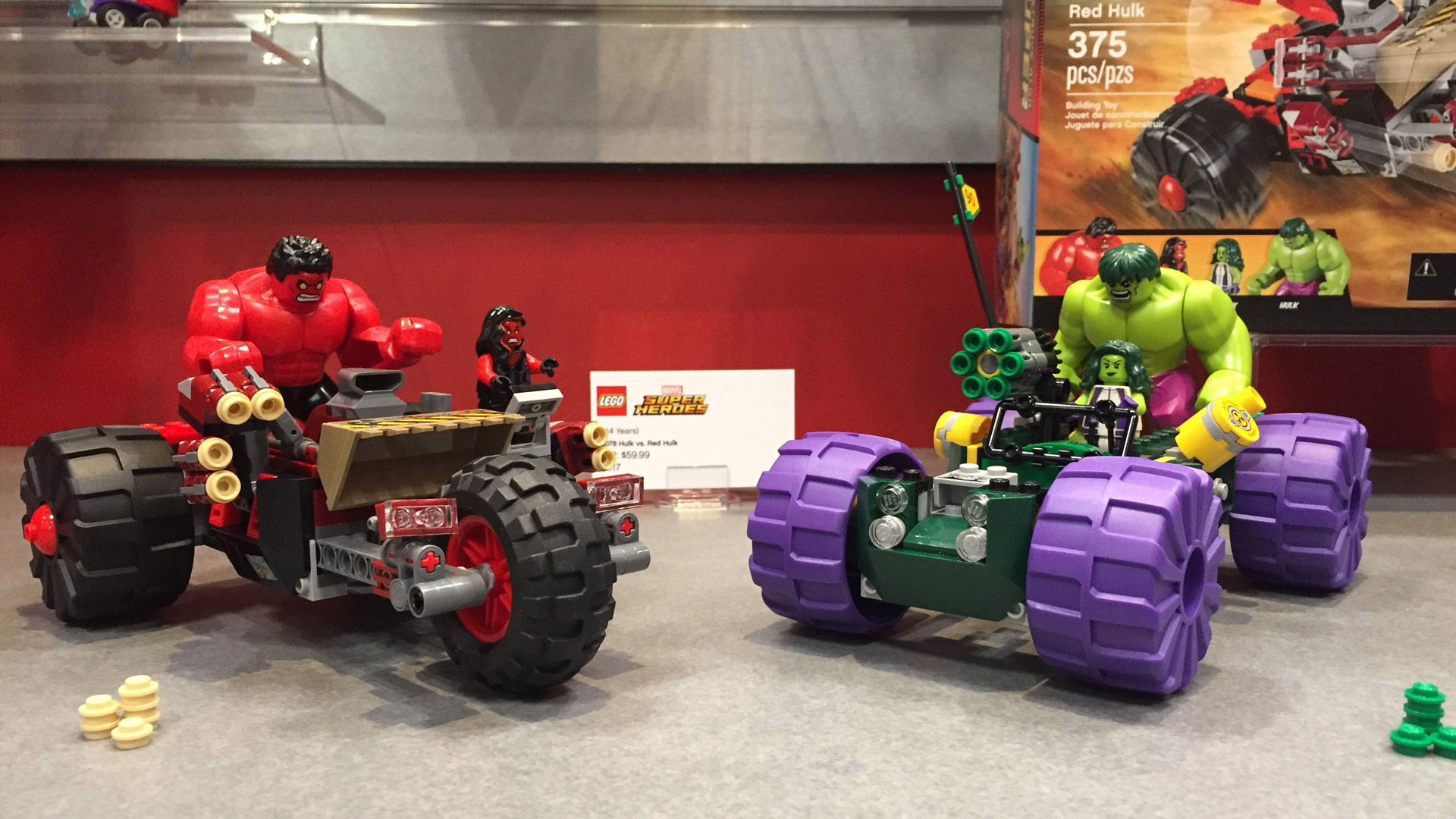 Set 76078 Hulk vs Red Hulk 3/1/17 ($59.99 USD)
I find this set to be really exciting as it's basically a doubled up Hulk set with crazy bikes. They certainly had fun with this one featuring two large Hulks, regular and Red along with their female counter-parts She-Hulk and Red She-Hulk. Their bikes are also just purely cool and this one has a certain awesome element to it. 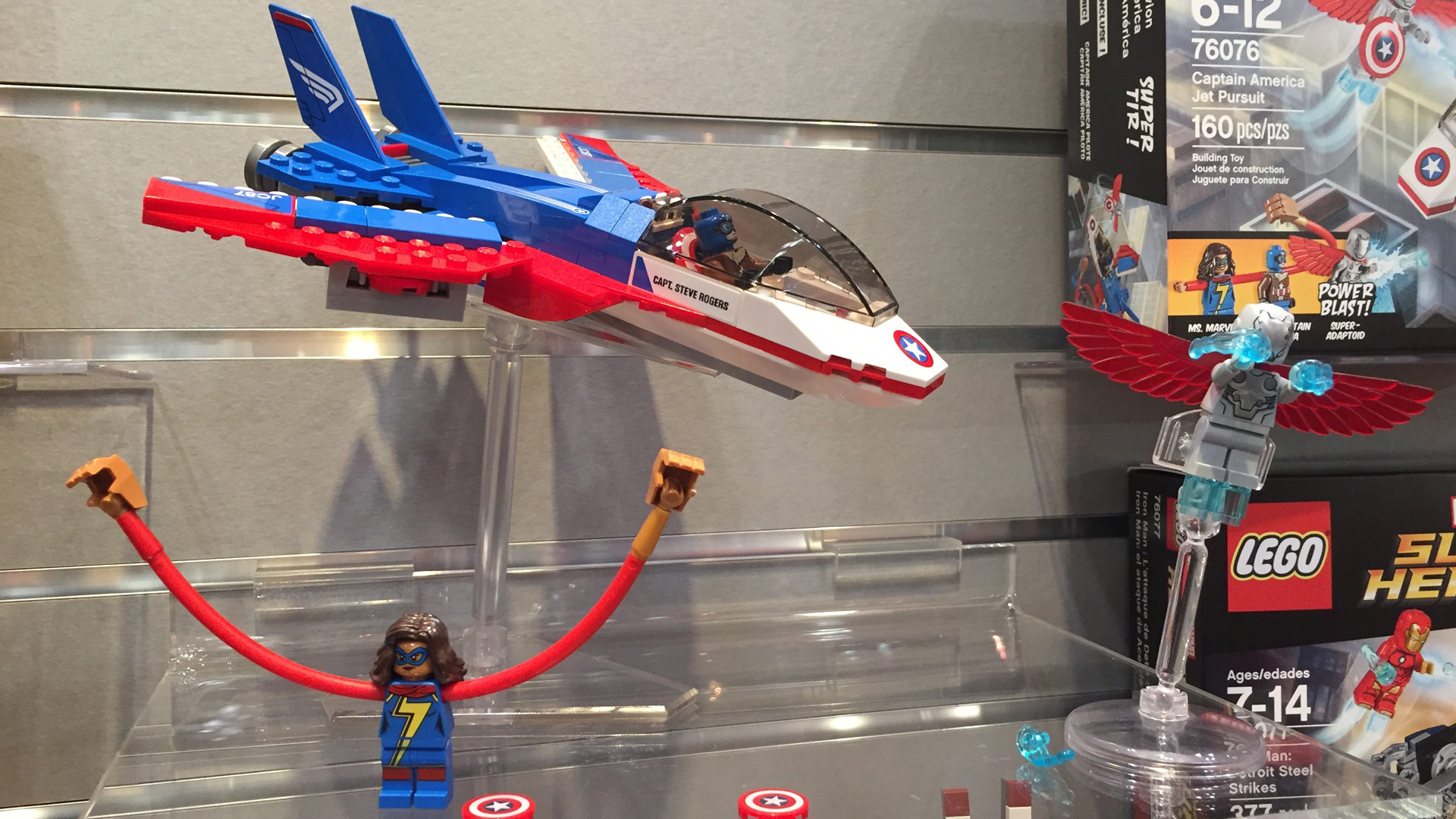 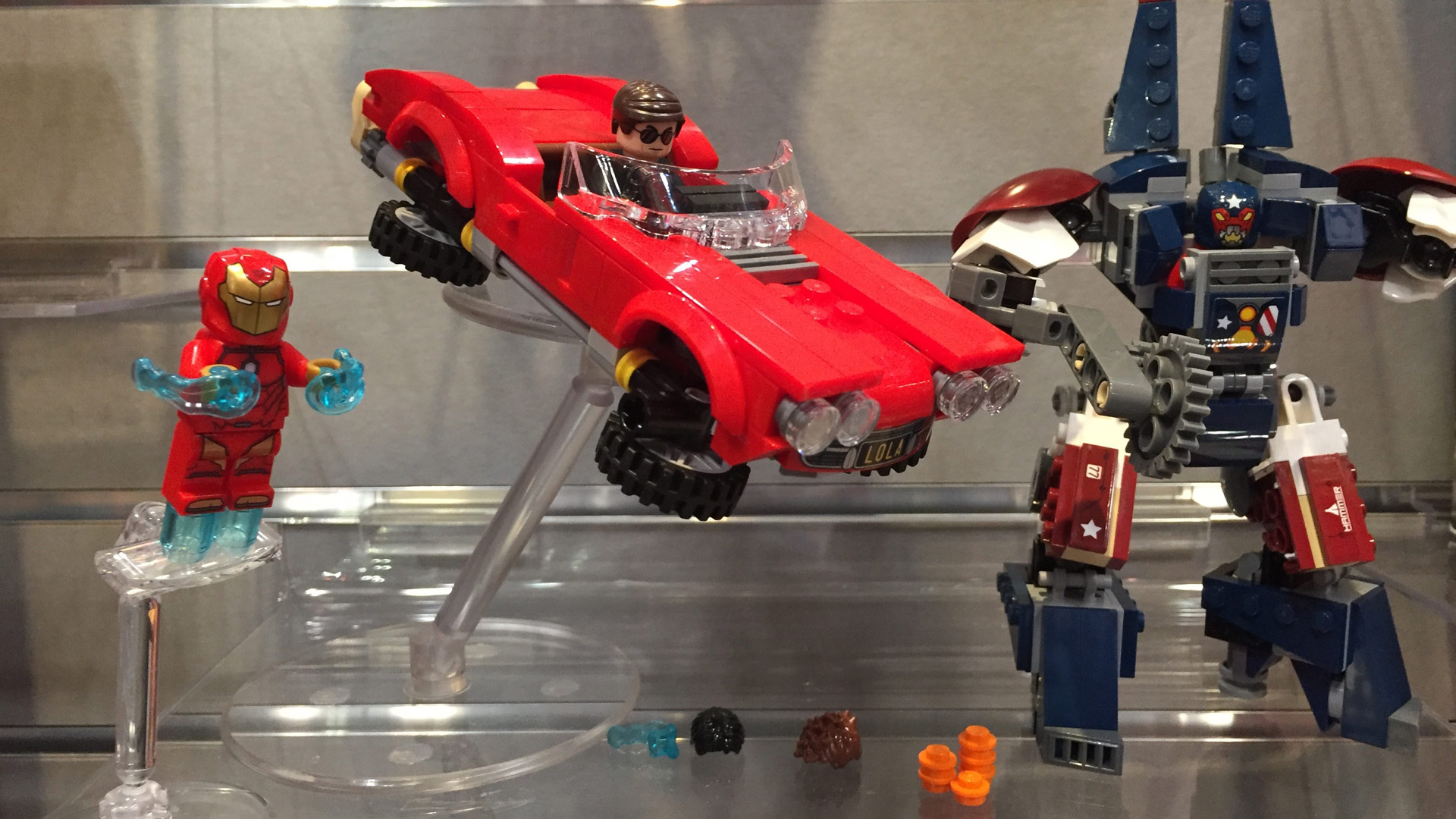 Set 76077 Iron Man Steel Detroit Strikes 3/1/17 ($29.99 USD)
I'm not entirely sure what we're dealing with here, but it's certainly got Iron Man jet boosting. Also included is Agent Coulson with his flying car and Justin Hammer in an odd mech. I find the car to be quite cool and the mech is decent though we've seen many from LEGO as of recent.