Gears of War 4's Ranked Multiplayer is a Mess

Gears of War 4 is currently my top played game of the last couple months and while the experience has been great, the ranked multiplayer has some serious issues. I'll mention right away that social matchmaking is fine in Gears 4 working quickly to find players and filling empty spots with bots. This is purely a look at the ranked multiplayer that has some awful problems plaguing its playlists. The largest issues I currently have are with players leaving matches, but there's more than just that at play. The most common mode I play is the Escalation playlist under competitive as I love this new takes on Gears of War. I also play some King of the Hill matches along with other quick ranked playlists when I have less game time available. When playing I'd say that maybe while being generous, that 1 in 5 games I play is actually a full match. This being a proper match that just lasts the full game or close to with a full lobby of players (5v5). It's actually a bit worse than that, but I'm being optimistic that others don't have as many issues. 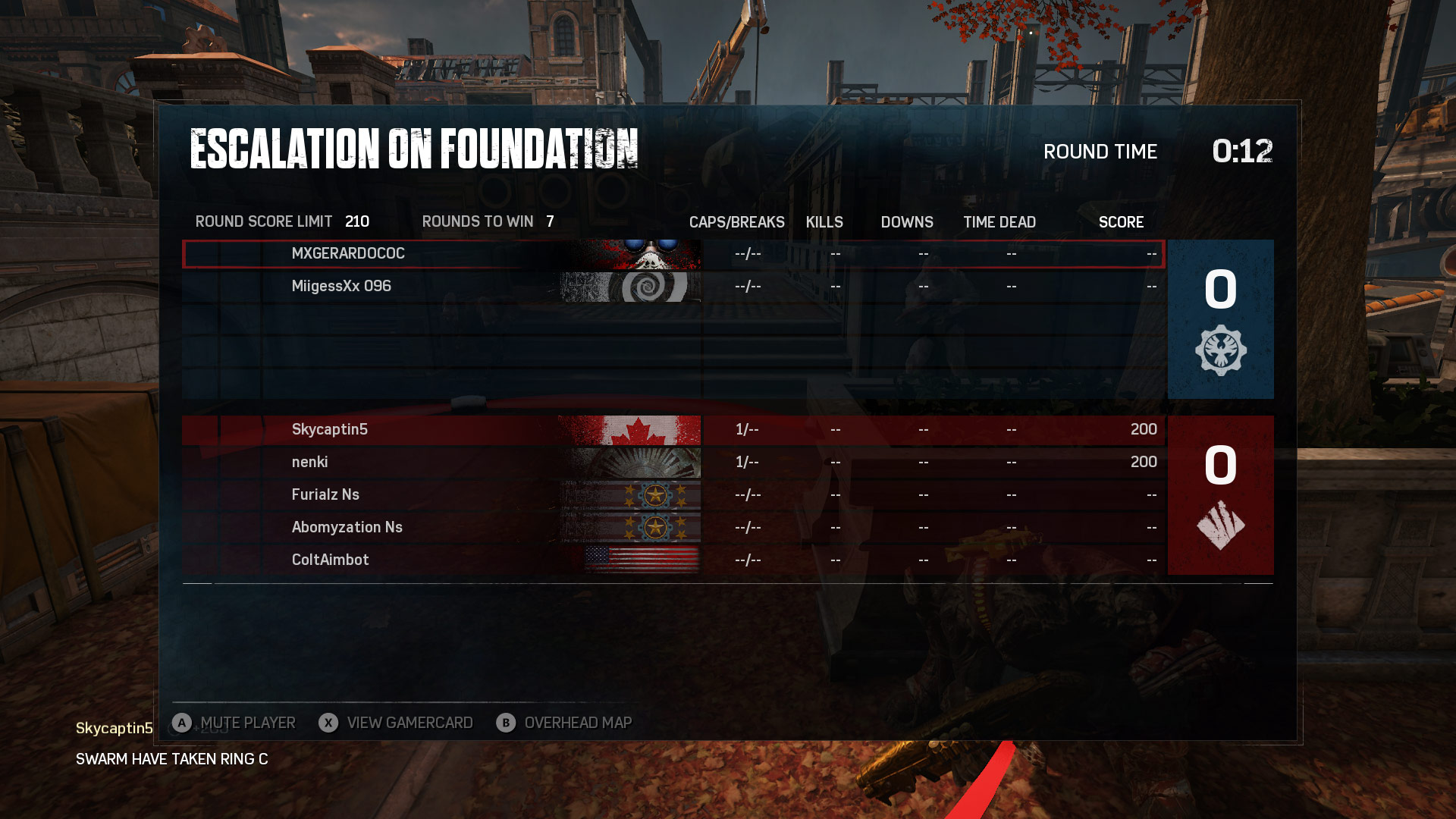 The above image is one of the key events that keeps happening when matchmaking, players not being in the match. You might be thinking that players just quit out, but this is actually just 12 seconds into the first round of a match where players didn't connect. No one left this match and we started with team numbers that weren't equal. This is just an example of the worst scenario with matches often having 5v4 or 5v3 to start a game. This is unacceptable for a ranked match where these scores matter in some sense and for Escalation which could take 25 minutes to play it's horrible. Building on this it's very common to even play a few rounds without the entire other team leaving and recently if a team loses the first round they just leave. I'd say there should be a penalty of XP or time for leaving, but when looking back at matches starting uneven I should have that right to quit. It's a difficult situation and I think the matchmaking does need to be looked at before adding in something that can penalize quitters. It absolutely sucks to start a 25 minute long game down a player so what's the point when you just get steam rolled. This is also present in other ranked matches such as King of the Hill where number are essential to having a proper game. 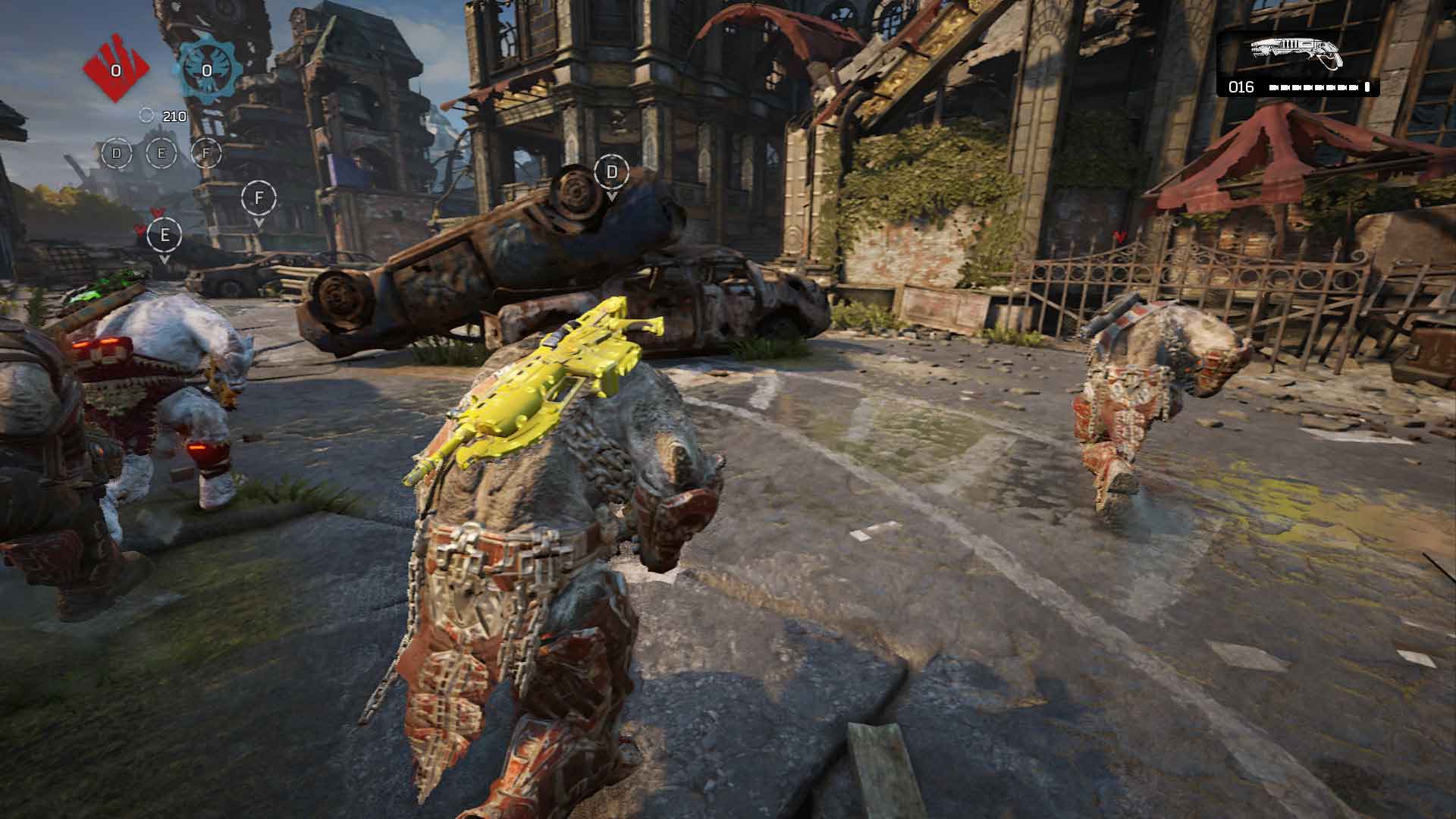 There's also an issue of balancing in ranked matches, I'm perfectly fine waiting longer if a game is going to be even. It's also not going to be perfect every time, but there are far too many horribly balanced ranked matches being setup. I've seen multiple times where a team of diamond players play bronze players which are around twelve rankings higher (5 medals, three tiers for each). That's just not even close to being fair and the matches play out exactly how you'd predict, complete slaughter or quitting. I'd also suggest that for extended ranked matches to offer a rejoin option if someone gets disconnected like with Rainbow Six: Siege to avoid a quit penalty and a mercy option particularly for Escalation. If its 25 minutes or more a match and I'm left by myself in the later rounds, a majority voted mercy vote should be available. For reference, at this point I've played 201 Escalation matches and these are the issues I've seen commonly show up while playing and it needs to be addressed.

Our Xbox BC Games Hub
Read about "Xbox Elite Controller: One Year Later"