Telltale is a very distinct and well loved developer at this point having added their unique style to a number of franchises at this point. Every time they announce a new series I always say there's no way they can pull it off yet after Game of Thrones, Minecraft: Story Mode, Tales from the Borderlands and now Batman it's safe to say they know what they're doing. It's actually crazy how beautifully this team can craft stories and make them easily available on literally every single platform out there. With my Telltale E3 2016 booking we were given a full hour slot with refreshments and a classy area. They somehow managed to convert the usually plain meeting stalls into a very classy manor type area including a fancy couch and bartender. I decided to try a Vodka mix with a name that escapes me, believe it was the Bruce Wayne. It basically got me a bit drunk as you run around all day so alchohol hits hard during E3 and that built my anticipation for the showcase. We sat comfortably in wait, had my session with some Roosterteeth crew so got a picture with Gus and he was really nice about it. That was just a bonus, also one of the Telltale developers knew who I was based on my reviews of their games so that meant a lot as well. Anyways, onto the main course with that being the demo presentation. Just wanted to build on it as many developers go out of their way to make the bookings an experience instead of just a time slot to play the game. 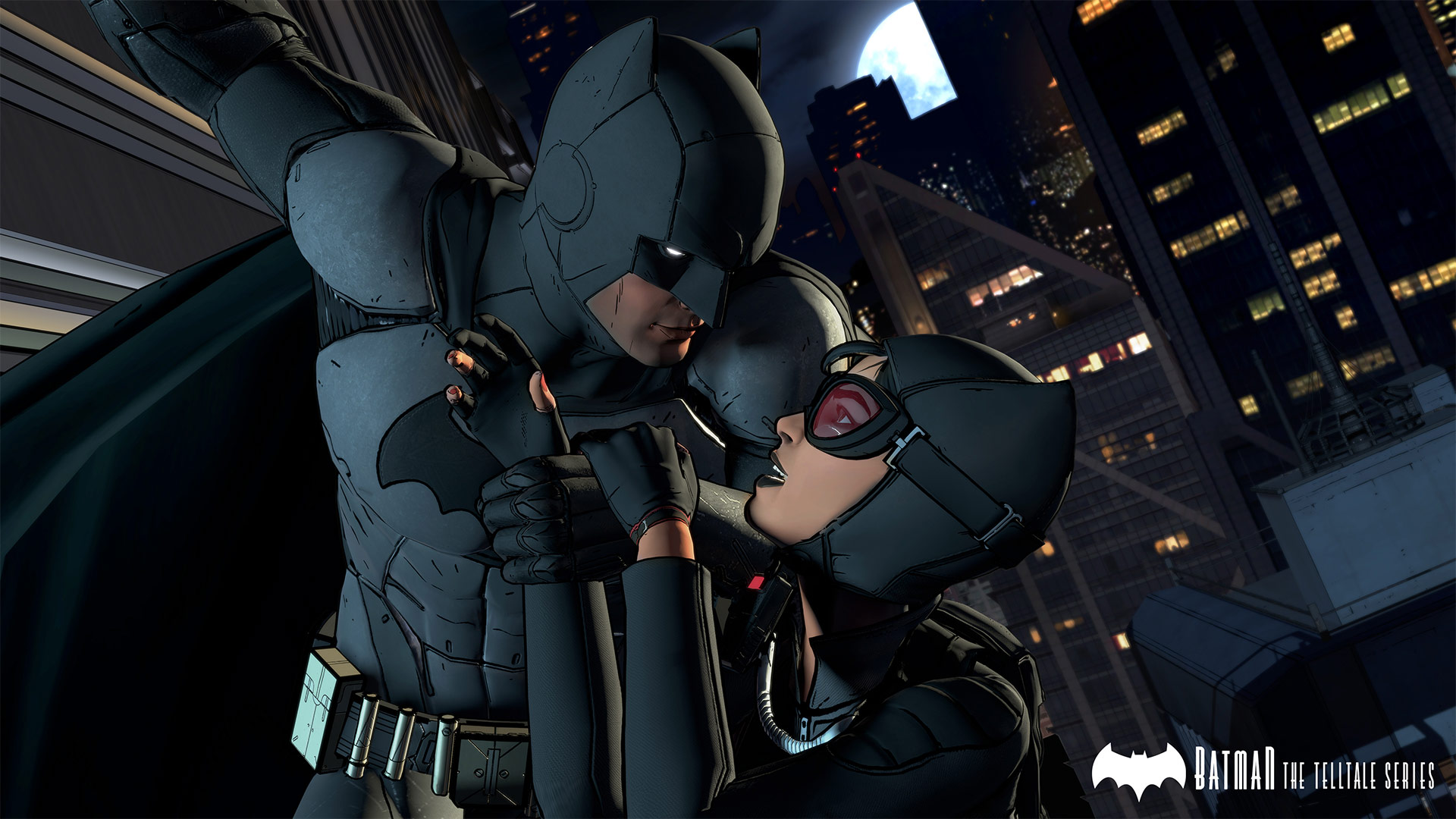 Our presentation started off basically near the start of the first episode within the Batman series. I also learned during the initial start that the entire season will be released before the end of 2016 which is fantastic as I hate the wait between episodes yet do want some time to think about what could happen. The game also puts just as much focus on Bruce Wayne as it does on Batman since they're both sides of the same coin. Your decisions with one will have a great impact on the other as well so you'll need to watch what you say. There will also be quite a bit of free roam in this one compared to pure cinematics and it will feature a full investigative aspect to solve some crimes, but we didn't get to see that too in-depth. The presentation opened with some bank robbers going into action and Batman showing up to tackle them. It was a nice setup to showcase where Batman lies with the law and the state of his enemies. This being a fresh story it'll be unique to only Telltale, but they are borrowing on the history. Catwoman also makes an appearance and she's one of my favorite characters in Batman so I'll be quite interested in their interpretation of her. Things went somewhat well for Batman and then we took over later with a wounded Bruce Wayne. This was at a gala event for the election of Harvey Dent and the gathering of support for his cause. It would also seem that Harvey Dent is a bit more buff than usually and that he's open to working with the apparently "clean" Falcone which was another individual Bruce chatted with. They didn't give too much away in what we saw, but it opened up the world for what might happen and I'm certainly interested. While I can't give a definite thought on anything I will be covering each episode and look for that in the near future. For now, I will say I liked what I saw and can't wait to see the full offering of Telltale's Batman series. 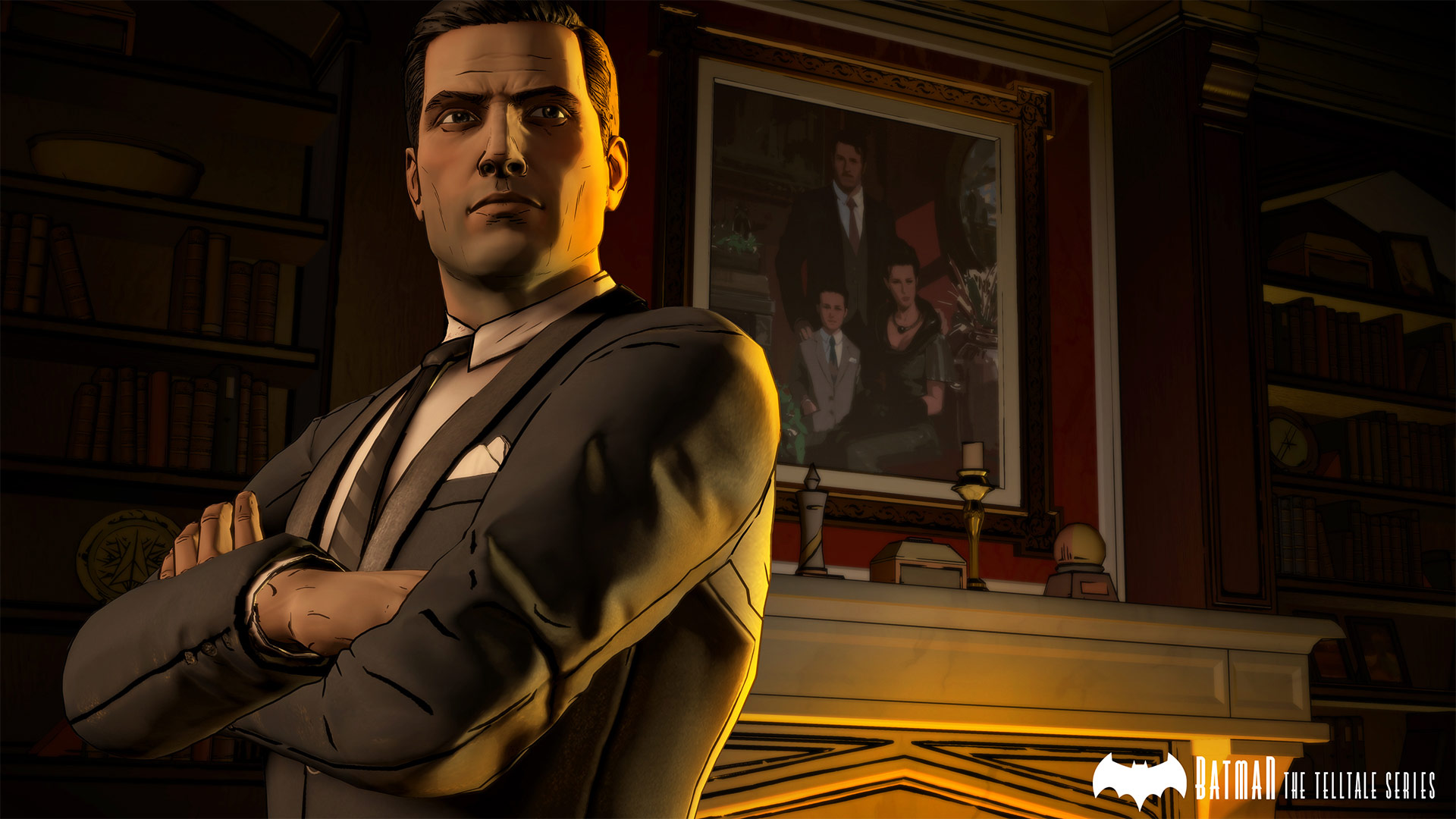