Care for a round of Gwent? One of the surprises out of E3 2016 was that Gwent, the well received card game from The Witcher 3 was getting a standalone digital title. It'll be the same game we love, but with better balancing and redesigned from the ground up. I entered the Gwent area on the last day of the show and it did certainly not disappoint. There were drinks, a table with a real deck and many Witcher type objects all around the room. It was quite something and certainly built the hype for the match, I also got an interview setup which you can check out below. After quite a bit of a wait we were sent into the battle room and given a full presentation on what to expect. This just gave a little too in-depth of an introduction, but it was great to see the enthusiasm and passion of the developers. It was also noted that each of the cards will give credit to the artist which I thought was a nice touch as well and it's just tucked nicely to the side. With that, let's jump into my thoughts on the game that thousands of fans emailed CD Projekt Red about and see if stands up. 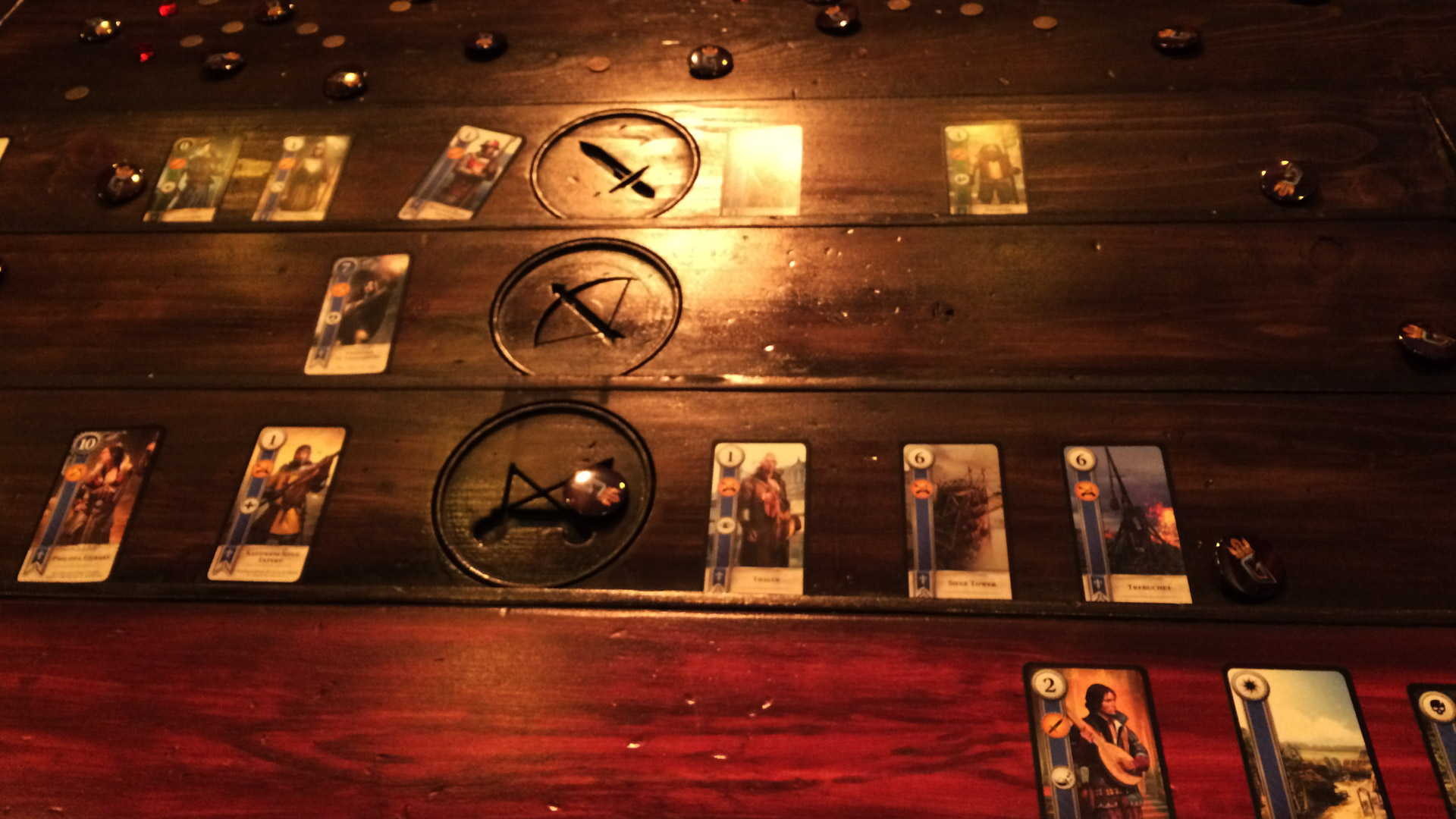 The game loaded up at our stations and we battled the player across, the full will support online multiplayer though it made sense obviously for local here. It plays very similar to the regular version that I tried once as I was doing a walkthrough so speed is essential. I was surprised how easy it was to actually get into and that the balancing seemed right as I was destroying my opponent. That is until around the last few turns where I ran out of cards and he took a slight lead giving the first victory. The game is played to best of three so you need to win twice against an opponent for victory. I was to say that each round took about five minutes to complete so you can get an estimate of match length, and that of course varies based on how long it takes players to choose cards/react to your choices.

The game will be free to play with in-game purchases being basically card packs and that make sense. You can also choose to buy with in-game earned coins, but obviously buying them will just give packs faster. It will be arriving on Closed Beta for Xbox One and PC come September, with PS4 shortly afterwards. The game actually does carry a story taking place before The Witcher 3 projected to have 10+ hours of content including untold stories and impactful choices as there's dialogue in the game as well. This all comes alive during fully interactive, completely voiced and animated cutscene segments between Gwent battles. There's also a beautiful world map you move through in isometric style and it's crazy to see their style of choice in games being transferred here so well. The game played well from my time with it and fans of the game will certainly love it, hopefully it comes to mobile or even real cards as that would be amazing. For now hope you enjoyed, any questions let me know and check out my interview for Gwent.