Sea of Thieves was originally shown during E3 2015 though that was mostly just a quick demo to give information about the general concept and to give the idea of this new Xbox/Windows 10 exclusive. The game aims to provide the first open exploration and completely cooperative friendly pirate game. Groups of friends can team up no matter their devices and roam the seven seas together. This works quite well and was proven during a live demo they had on the show floor. It’ll be just a ton of fun to work together to get these ships going as I can only imagine the quantity of laughs my group of friends will have when we do get our own ship to run. It was already quite enjoyable with just a random group that I was paired up with in the line. We had our share of laughs as we scrambled to the ship and took our positions. I lumbered on last as both my character and I had been drinking prior to. I assumed the Captain’s position at the wheel and begun issuing commands while steering. Like with a real ship we needed to lower the mast, have an accordion musician playing and have folks manning the cannons. 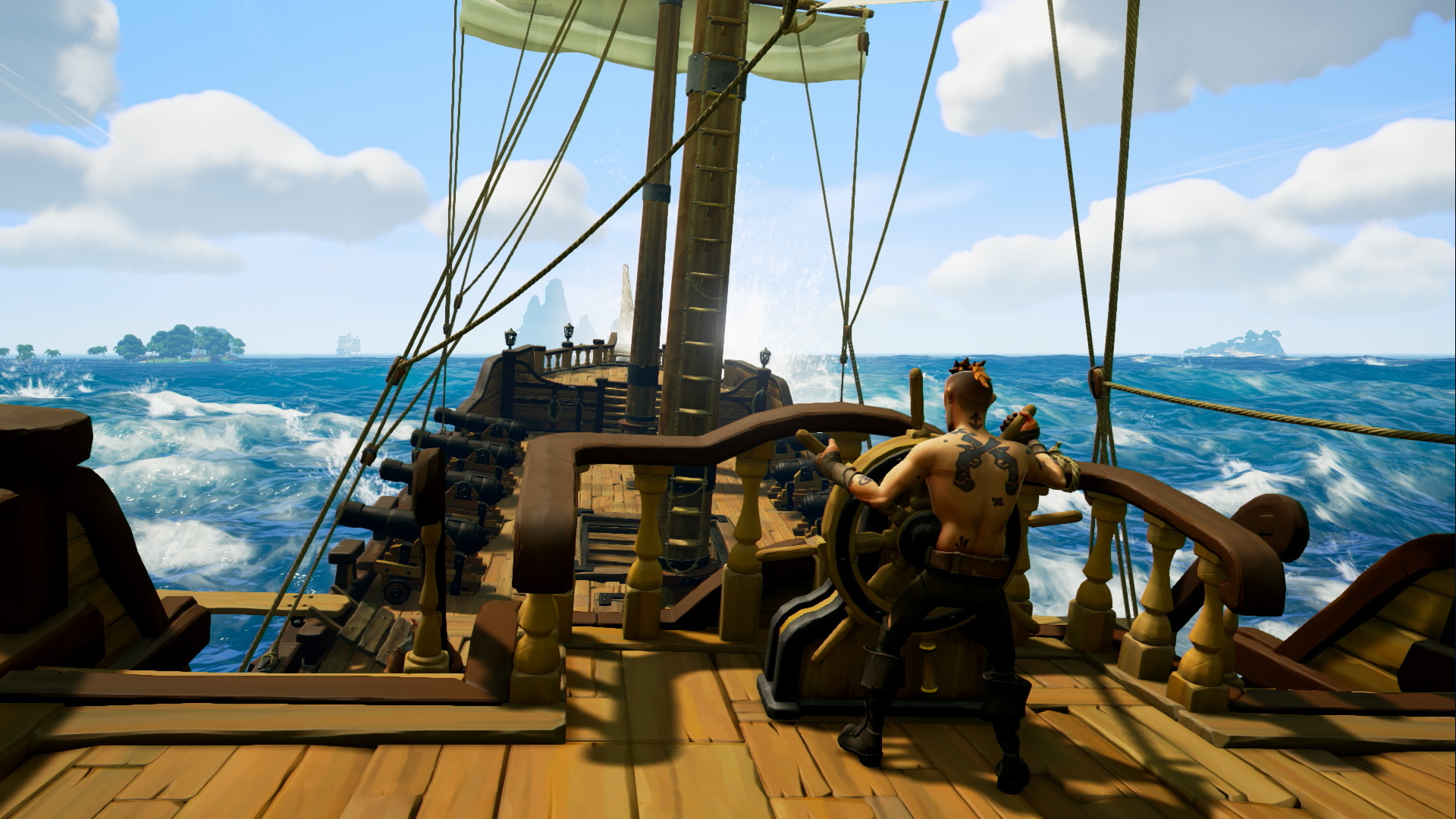 This is where the real fun began as we sailed out against the tides to find other players. There really wasn’t much of an objective as we just sailed around, but we did come across other players and islands that could have been explored. I’m actually quite intrigued to see how that pans out as last year’s demo showed land play whereas this was just sea focused. I do hope there’s a bit more to it as far as activities or even some sort of narrative to follow. That aside we went out and attacked one of the boats that was being boarded by a fresh spawn of players, it might have been a cheap move but we’re pirates after all. With that I steered the ship cannon side for attack, I also yelled to prepare for battle as we got close. Initially we had the advantage firing first with some neat hits, but they got it together and hit weak points on our ship. This caused flooding and everyone aside from me and the musician went down to fix the haul. I was needed for steering and honestly our music guy was purely for morale or well had no idea what to do. I did my best to turn us around for attack and after a couple minutes we waged battle once more. After another round we just headed straight while watching their ship sink behind us. It was satisfying to watch our victory for about two minutes before our ship took water and sunk as well. That was disappointing, but we claimed victory despite it. That was of course a small taste of the game, but I see the vast potential. It was fun and challenging, hopefully the land combat carries that feeling as well. I also wanted to mention the great atmosphere they had with singing pirates and pirate swag which was nice.