During PAX East 2016 I was able to catch up with developer Tom-Ivar Arntzen and demo his new game, Klang. Klang is a side scrolling platformer with a unique twist on the genre, being that it is a rhythm based game. I have to admit I did wonder how I would play a side scroller with a big plastic guitar, Klang was one of two rhythm games that I played at PAX that showed me that there were more imaginative ways to realize the genre. I was given the option of using either the keyboard, or an Xbox controller. Before the demo began, there was a disclaimer of sorts stating that the game is best played with headphones. After my experience with Klang, I completely agree with that. A pair of decent headphones allowed me to hear more of the nuanced sounds and rhythms that smaller speakers might not be able to handle. It also made certain events that much more rewarding, which I will get into later. 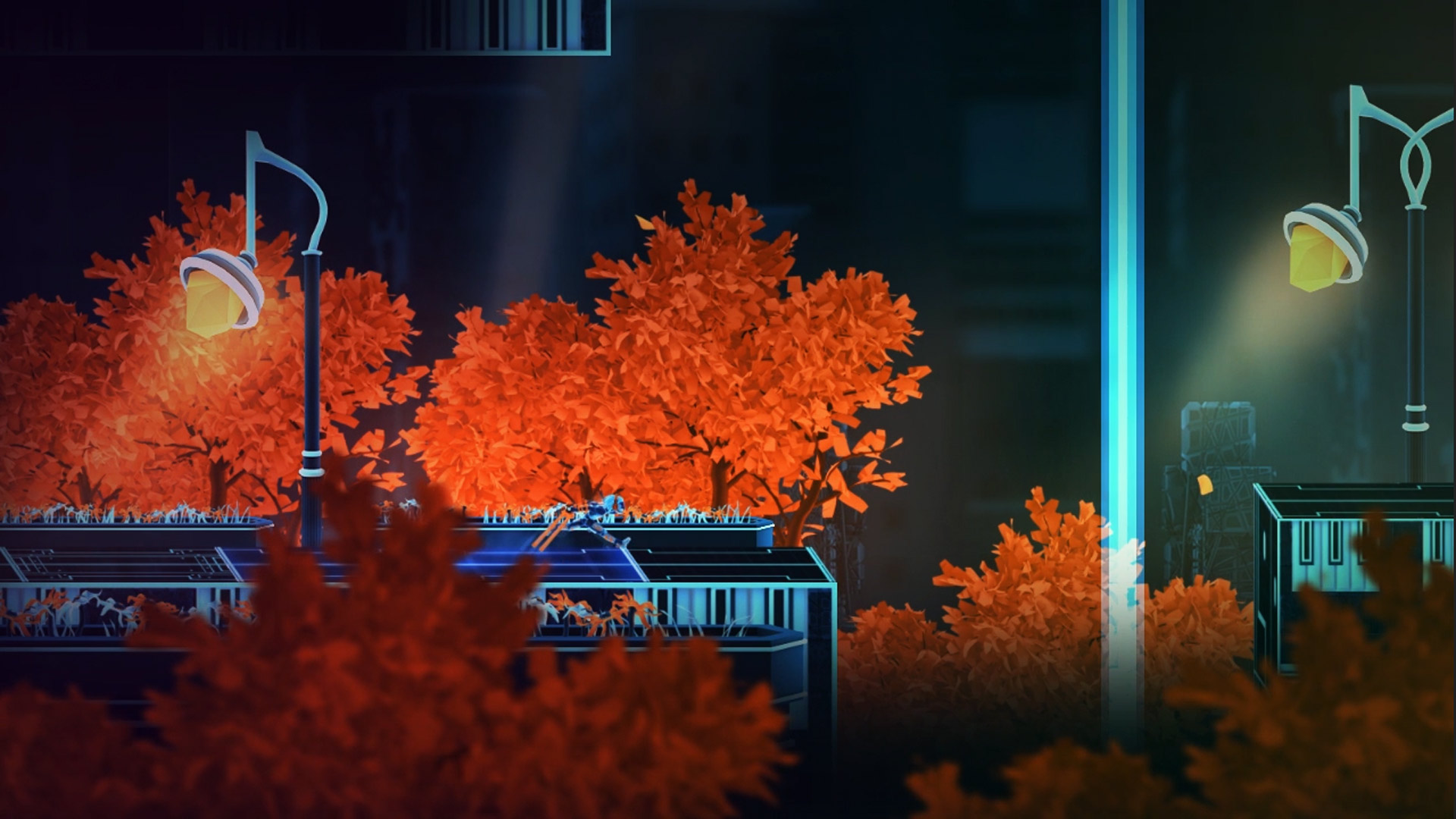 The game ran smoothly, and it has a cool neon cyberpunk look to it. The stages have a retro geometric style to them, which really made the detailed character designs pop. The twin neon orange swords that Klang carries never had me guessing as to where I was onscreen. Gameplay consisted of platforming to an area where I was attacked by drones that fired energy balls at me. A cone would appear in the direction of the attack, and fill in as to when the best time to strike the ball back at them with my swords. The visual cue was helpful in the beginning, but as I progressed I found myself using the music for finding the best time to strike. Progressing further in the game, the enemies would attack from more angles, and environmental hazards were introduced. To combat this I was given a special power up attack, and getting that hit in the sweet spot devastated my enemies with a deep impact sound that was so satisfying. Getting that sound pumped right into my ears would have been lost without the headphones. Klang is coming soon to PC, Mac, and Linux. I look forward to the release of this inspired genre spanning game.

Check out more Pax East 2016 content at our Hub 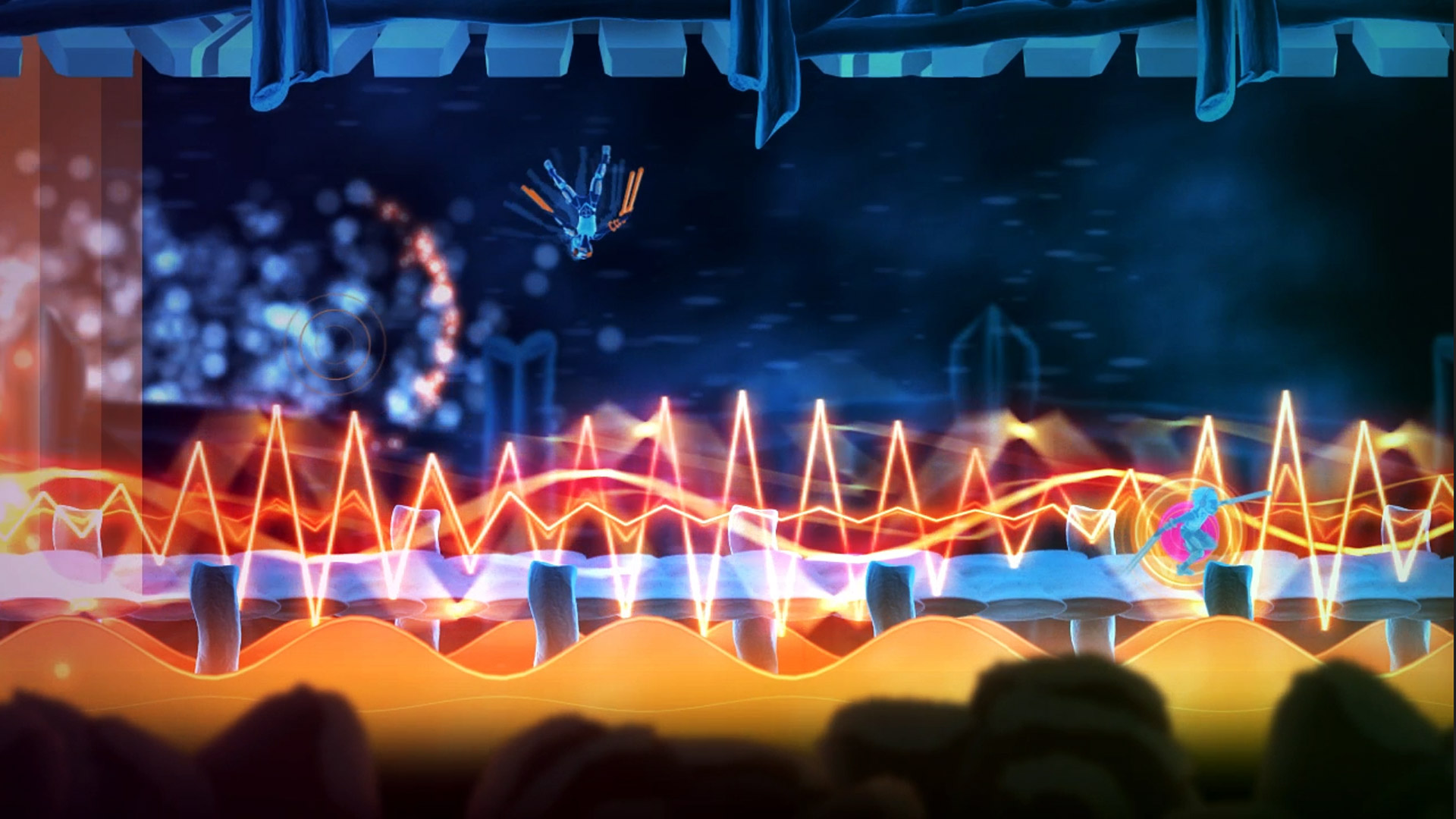