While at PAX East 2016 I was able to have a hands-on demo of Thumper, an exciting title for the new Playstation VR. During the demo I used the Playstation VR headset, and the Dualshock 4 controller. When asked about how the concept of Thumper came about, the developer said they wanted to strip down a rhythm based game so that they could make it as fast as possible. Using the left stick and X button as the only control inputs is about as basic as it gets. Thumper had me racing a chrome scarab along a narrow track toward an alien organism. The demo consisted of twenty-five levels with the first three as a tutorial to teach me how to use the controls. The concept was simple, I had to hit the pads at the correct time in order to turn the pad green, which would send an energy charge toward the organism to destroy it. Each level ending sent me through a light tunnel with a preview of what to expect in the next stage. The star of this game is the music, with a high energy tempo, and driving bass line was the perfect companion as my scarab hurtled on the track. With the 3D headphones drowning out the convention floor, I focused on the beat keeping time with my foot and timing my hits through the feel of the music. I could see the track in front of me, but the real deal was playing it by call and return. 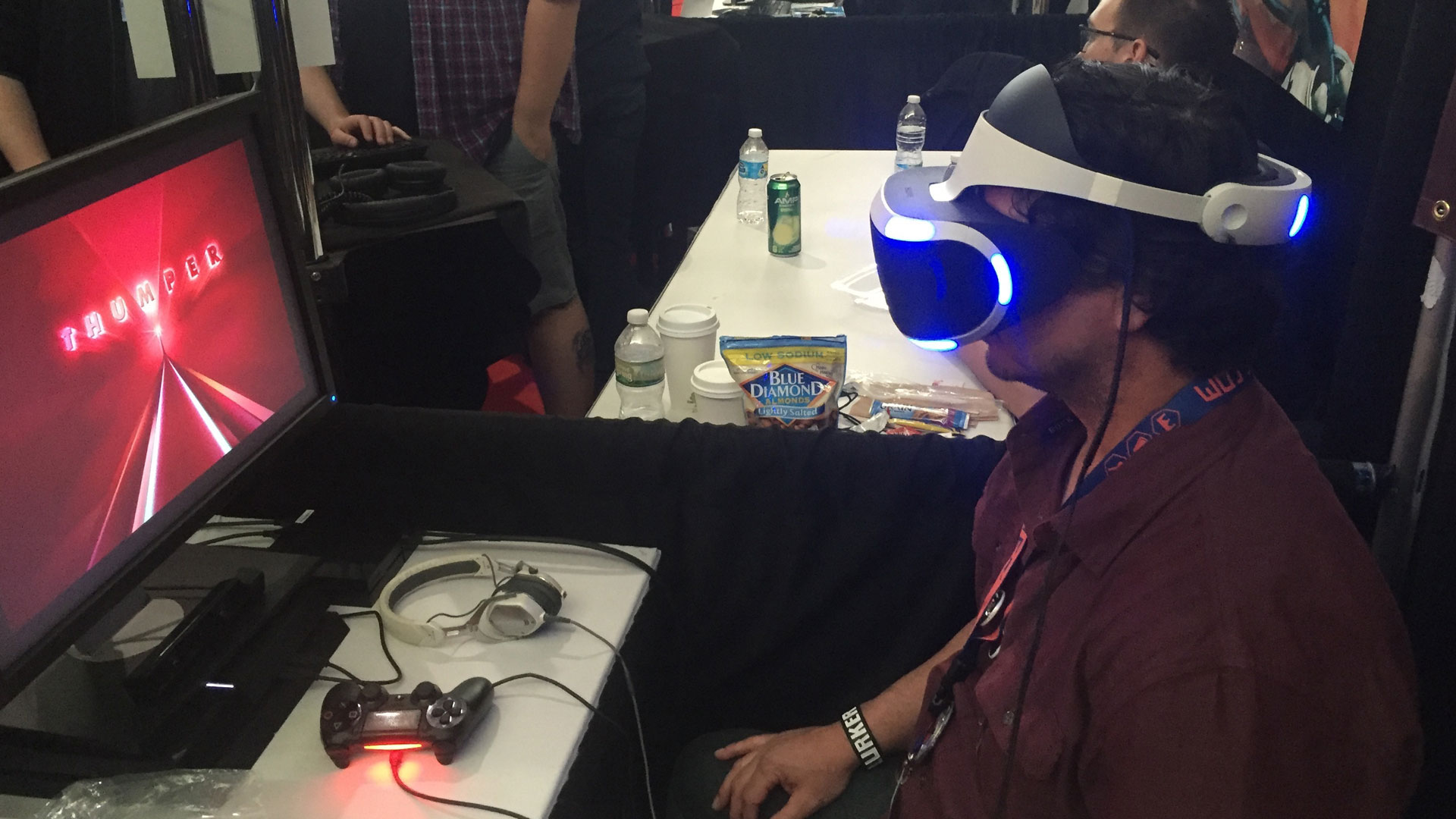 This means that I was paying attention to the sound that the track was making, then making my moves according to what I heard. Feeling the duration of the beats and nailing that call and return really kept my enjoyment up throughout the demo. The one thing that I missed at first was that if I failed a sequence without dying, I didn’t move to the next part. The game actually looped until I got it right. I got through quite a bit of the demo before noticed that happening. When I did die during a sequence I kept telling myself, “One more try,” without realizing that the game had been coaching me to do that the entire time. Visually Thumper is stunning. The world is a vast empty space with the alien moving slowly in the background, as it releases the track leafy tendrils unfurl from it until the alien is defeated. The final boss of the demo was a sight to behold, but I will not be spoiling it here. The scarab is a beautiful polished chrome with a neat animation when I made it open its wings. When it took damage parts of the carapace would break off revealing organic sinews underneath, while the final blow would shatter the scarab leaving the parts to float above the track. Thumper utilizes the VR well using the depth perception to make it seem like I was racing toward this giant alien, while the music got my entire being into the game. I found Thumper unique and addicting, and I look forward to its release on the Playstation VR. 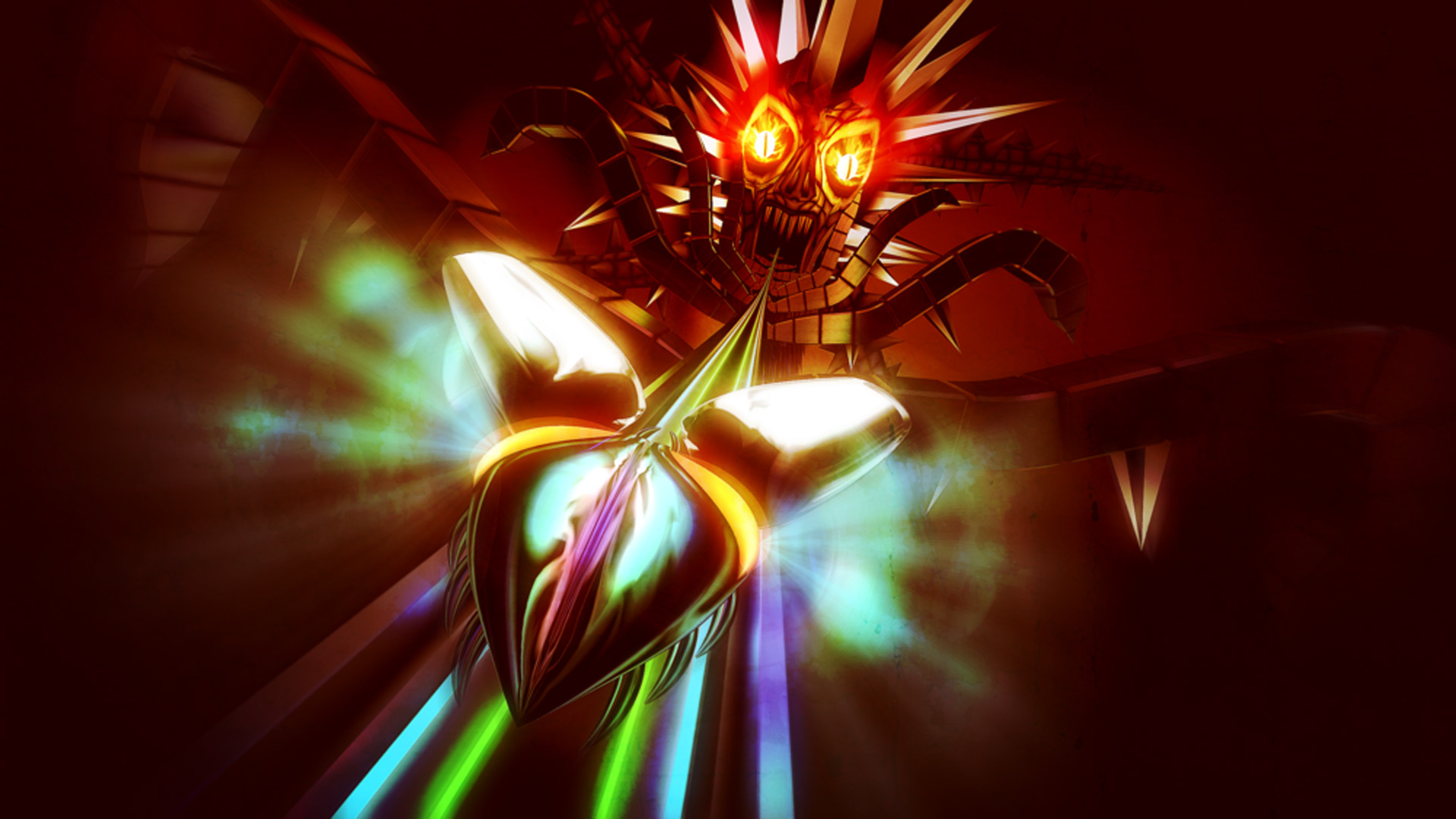