Going to E3 I was ever so excited to see some more Tomb Raider since I absolutely loved the reboot a couple years back and was blown away by the Definitive Edition that released for the latest consoles. I couldn't wait to see how this new version of the franchise continued on and at the video game awards we finally got the tease for the latest game. Since then there's been discussion of it being exclusive on Xbox for a time since that will support it against Uncharted since they are similar. I'm glad for this arrangement so that the game gets the proper amount of exposure since this series is amazing and needs to continue even past this title. This was being built up heavily as all of the Xbox events I attended proudly displayed Tomb Raider with some great features. There was some cosplay, an ice fountain at one and of course tons of trailers being played. It all started with the E3 trailer showing off that things have changed and she's finally embracing the explorer within. I didn't actually get to play the game since that wasn't possible there, though I did watch a couple developer plays and talks while you watch. This allows for me, a better viewing of the game to judge on performance and how well it plays. 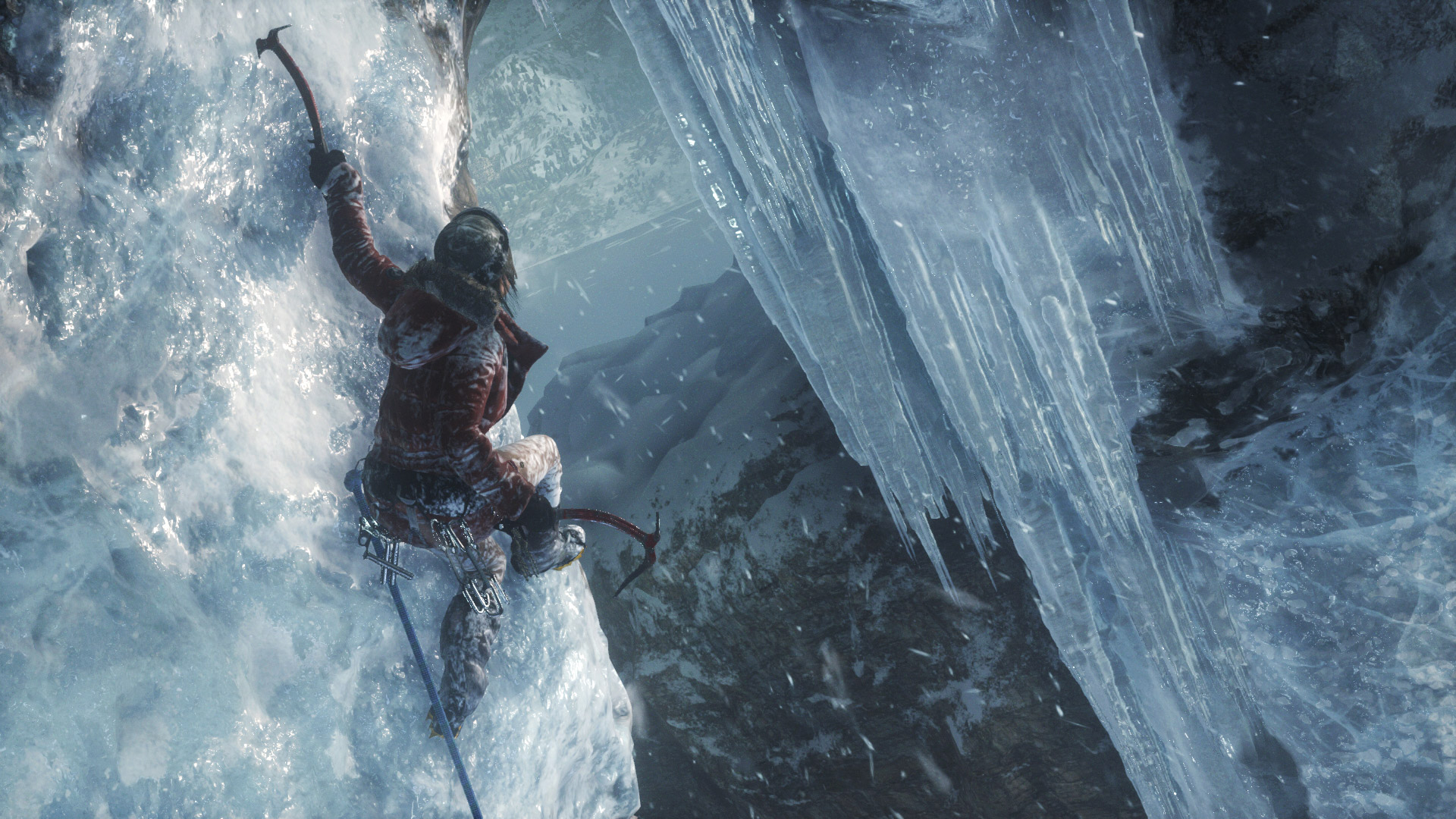 In the demo Lara is adventuring alongside her companion on these icy mountain tops. An awful storm brews in the distance and after some climbing the two get separated. Lara is then forced to create a make shift shelter in order to survive the chilling cold. This requires the developer to break some trees for shelter and a fire. From watching you can see that the game largely feels like the first title in terms of movement in the world and there's more option for interacting with it. Another feature to watch is her face, it's been created with the highest ever facial scanning for a video game which you can look up for yourself since I won't dive too far into it. It's stunning and looks so real as you can see how soft it is with the cold world creeping in. The character model is just perfect and everyone moves with her just like with how they handled the definitive edition. I do hope they fix some issues I saw with the snow movement against her and also issues with the hair clipping on equipment, but those are just minor details to work on. Back on track for the demo, enemies of course see this warm hut and go after it to take out any enemies in the region. We have no idea who these men are, but they seem just like the ones of the last game as military men. Lara heads into a tree and sits there holding against and then strikes with some special arrow tips. You can collect various plants in the environment in order to make better items (on the fly crafting) or tip arrows for differing affects. They continue on after killing these guys and head over to the camp in order to do some more damage on their patrols. 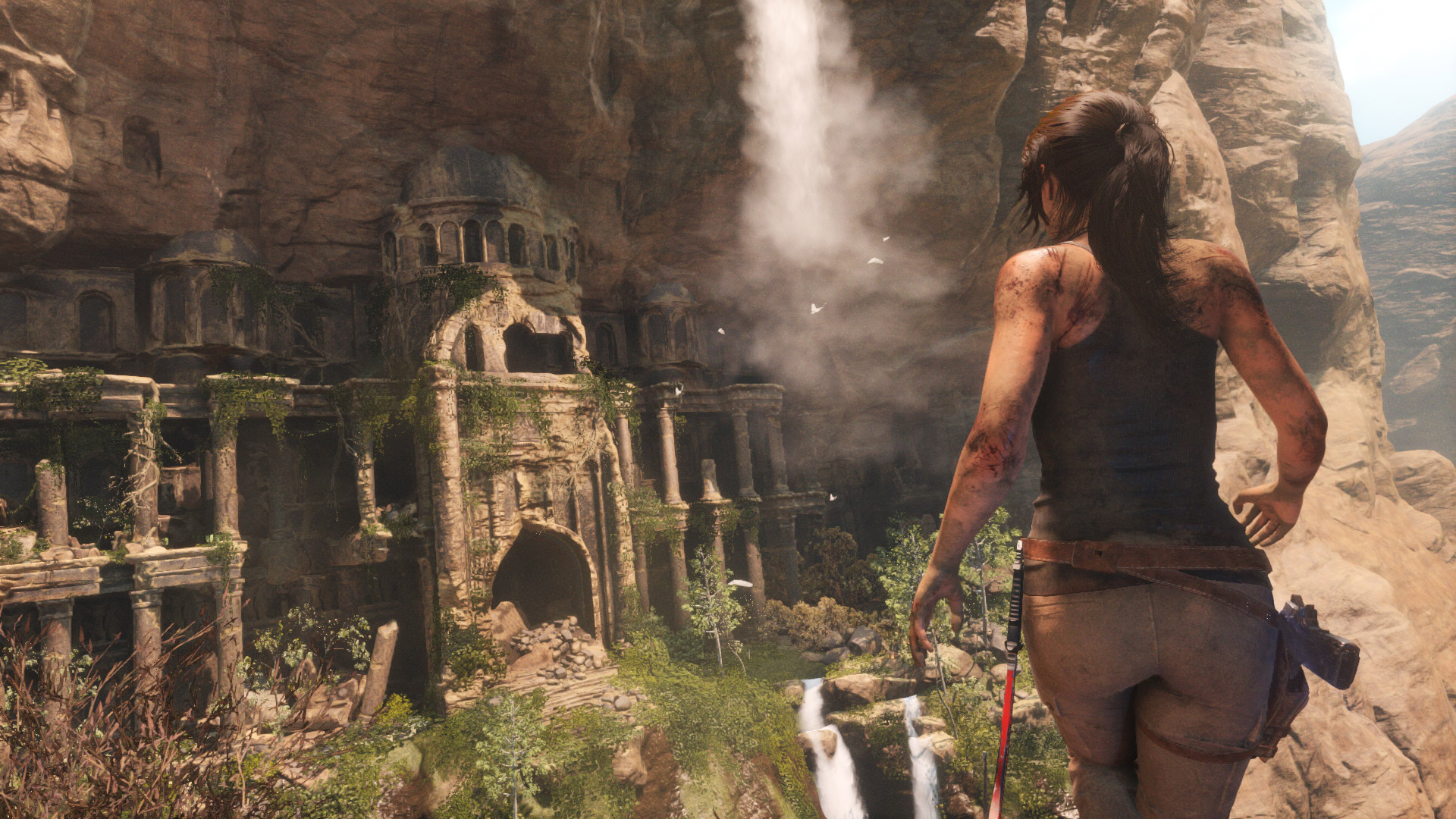 Lara engages the enemies using tricks like before to take them all out including a gas can that was crafted for explosive properties. A bear then comes along and chases Lara across this cold landscape until she escapes. From there we get a pause and the developers load up a later part of the game where we face the bear once more. Things are different this time though as Lara as upgraded with better equipment and far better weapons. The developer swiftly kills the bear, this guy was doing it all night and he had basically perfected it from my knowledge. That was the end of our demo though we were treated to a quick video reel showing off other gameplay. Just like the screenshot above this area you can see that it isn't all just snow and ice. I actually find it quite strange that they seem to really be pushing the snow aspect of play with the promo graphics and box art. From that image and video I've seen there's also a lot classic Tomb Raiding in warm conditions which I almost prefer. I don't mind the snow, I'm just really interested in seeing how the warmer landscapes are in regards to the last one. Maybe it's just to highlight that this is a different title and not all the same content, either way I'm really interested in this. I don't really have more information then what I've said so we'll have to wait until release this year!