Crossout was honestly not at all what I had in mind when being signed up for an unannounced MMO game, though it certainly is awesome. This was one of my more strange visits during E3 as it wasn't what I was expected, though still was a great showing. Once I entered the booth I was taken to watch a video presentation on the game though I was the only one in attendance so naturally I asked questions during the viewing. Felt this was of dismay to the presenter though I of course wanted to gather additional information on what I was watching and by the end the questions weren't answered by the video alone. First up, the game is being developed by Targem Games and published by Gaijin Entertainment which were running the booth. The game is currently being developed for PC only with other platforms in mind for the future and a late 2015 release window, there's also a beta being run this summer so you might want to check out. I'll definitely put a link to their page below so that you can check it out further. So now that the basic info is out of the way let us get onto the actual video demo, which was all alpha gameplay mind you. The game is focused around a future apocalypse where I guess everyone decided to battle it out in basically custom rigs for dominance. 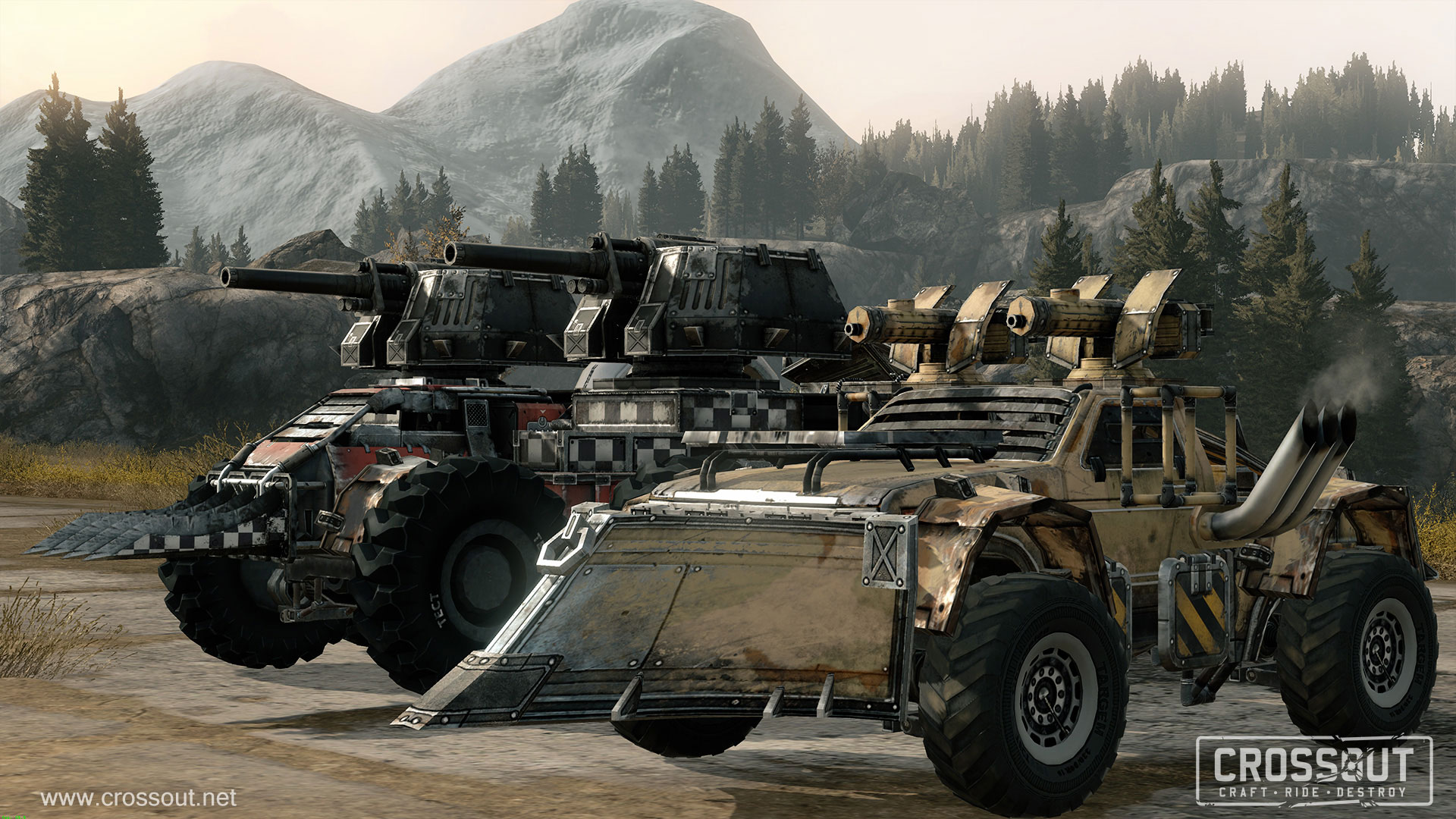 This is where things get interesting as the game looks like a World of Tanks battle scenario though there's just a ton of crazy looking rigs decimating each other in this destroyed environment. There's no classes present within this game and you're given just a bunch of tools in order to completely build a custom car. The space for building is blank so you can pick any sort of combination you want, pick however many wheels or whatever amount of turrets. You could aim for a speedy little car for ramming or maybe a tank like one for ultimate damage. The choice is completely up to you and the customization editor certainly looks impressive from what I was shown. Remember though that every piece you do use has a cost attached to it in order to keep things equal for options. There's also a wide variety of paint and dye options to make it exactly unique to you. I can also imagine that there may be vanity items or decals though it was never explicitly gone over at the booking. From there the game also has a test drive feature which allows you to roar out into battle in order to get a feeling for the car or even see if it works or not.

Once you dive into battle everything is tense with a very quick pace as matches don't last long with every player only getting a single life. There's tons of physics present as well with every single piece of your vehicle being able to be shot of or blown apart. It was great seeing some demo reel of cars getting destroyed or having wheels blasted off into the distance. Apparently there will be a thorough focus on gun balance in play so nothing is too powerful compared to another and it looks like battles will be a crazy mix of car combat only leaving scraps of metal behind. What's also interesting is that these scraps along with other fallen bonus pieces are collected for afterwards. These pieces grant you new items to craft with and do vary in how rare they are. So you'll definitely want to pick those up while racing as well, if you do die you can spectate the combat if you so choose otherwise the option to head into the garage is there. I hope I covered the game well based on what I saw and the information I was given while at E3. If you have any further questions let me know, I'll try to answer them. I'd also like to comment on the three pillars of the game as well since that was important to the game; Craft, Ride and Destroy. I also got to play War Thunder from Gaijin as well in Oculus VR, I felt very dizzy from it. Won't go much further on that notion, just thought I should note it since they were nice enough to set it up for me.

Check out the Site for Info the Beta