The Division is one of my biggest anticipated games coming in the future and I've been waiting forever to actually get to play it. This moment finally happened at E3 2015 during the Microsoft VIP event where we battled in a six player group. Each member was given a partner and a developer to provide useful commentary over top of the play. This was it, the shining moment to check out this game that originally blew me away two years previously when it was announced. Of course it's suffered multiple delays since that time though my desire to play really hasn't burned out that much since. The mode we were shown was called DarkZone from which you can view gameplay of the mode below that the publisher or developer created. We were also set to play in this mode and here's basically what went down during the combat. 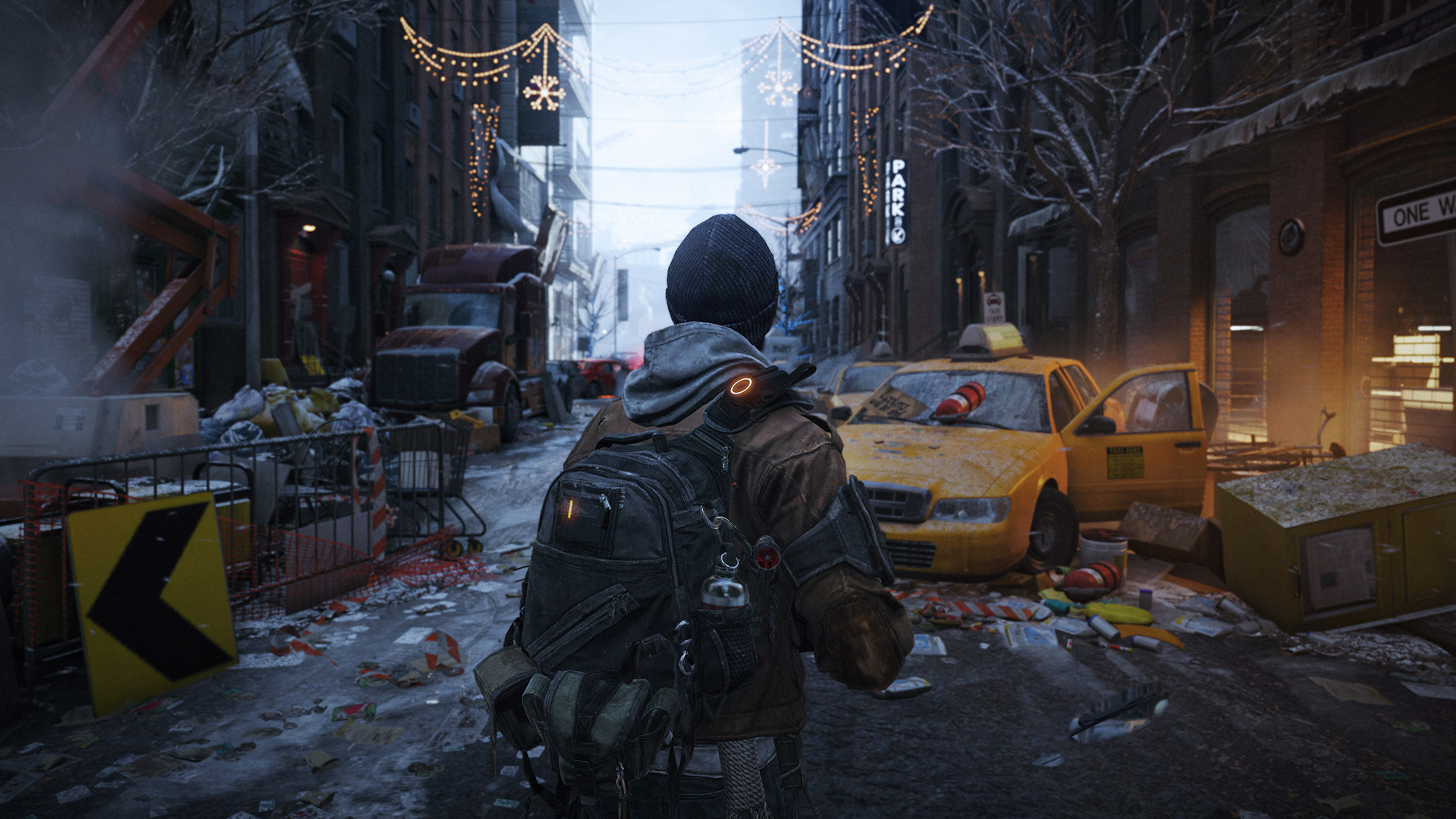 Loading into the match which took a tad too long to get going we were acquainted to one another and then began assault on this AI controller territory. Not a lot of communication with my coop partner though we went to work with him sniping and I doing heavy combat. This worked well as we cleared out the first group or well, I killed most of them while he chilled back and still somehow managed to get downed. I completely missed this and was in the game only to be tapped by the screaming partner to revive them, sort of funny. I took this delay to pull up the map which was exactly like the first trailers of the game and amazing along with some of world scenery. This was slightly disappointing for me as it definitely was not up to par with the trailers details though still Alpha, I hope it improves. Not to say it doesn't look fantastic still, it's just not the same level of fidelity. It also felt generic in terms of its third person shooter gameplay though I really can't judge it too much based on this time slot and there's still a ton of time for this game to evolve.

This is when things got interesting and we worked towards this more open area. I should first mention that after clearing enemies we picked up some contaminated weapons which were special or something and we're heading to drop them off for pick-up. What makes this area special is that other real players are involved without AI, we just were lucky to make it to this area first. When I say first, I mean that we were ahead by at least five minutes since we sent away our packages to a helicopter we waited for without resistance. After this was sent away other players began to appear, now at first they appear as neutral. From there both sides have some options, play it friendly or basically kill them. Obviously we had finished our main objective, so we might as well kill them for all their items. I thought it smart to chat with my coop partner now and we devised to slaughter these other journalists that I don't think have played very many video games in their day. Hiding behind cover and shooting with a partner flanking we did well. They do respawn in waves since I believe this area was timed to some extent so after killing the groups they would come back to prevent us from sending away the packages, or at least try to. Taking this time as more relaxation during E3 I tried out some various tools like a mini setup turret or my EMP blast, both were devastating to the enemies. We did of course also die a few times, but this strengthened our bond and helped us create a better flanking system. By the end I felt we did well and the developers confirmed this, most of all I got a great amount of time playing the game. While some aspects may bother me about the title I did enjoy the time played and it leads some questions to how many more areas are like this. Still don't have a big picture of how everything will play out, but then again we don't have a release date so no rush. For now I'm optimistic that this will be a huge title, The Division certainly was entertaining.