E3 2015 was huge for Rare, in the sense that this is definitely a time of rebirth for the studio. For years people have complained that the company is just not up to the standards of which it was in the past. I personally enjoyed the Kinect Sports title though I too have always wanted something more from the studio always hearing tales on the wondrous games in their library. Killer Instinct is already being handled in-house by Microsoft and other properties belong to Nintendo, so what are we left with? Thirty fantastic games in one cheap bundle, all of these classic games can be yours for only $30. All designed to run on Xbox One without issues in their original form including ancient classic games like Battletoads to Xbox 360 titles like Banjo or Perfect Dark. I'll add the full list of all thirty below though for now I'll just briefly go over what I played. My first viewing of the game was during a media showcase event so I was able to comfortably sit down and enjoy a couple of games. These included Banjo and some Perfect Dark which of course I had no idea about since I never played either of them. The developer was disappointed, I was also discouraged though really that's what these collections are about. Showing off a series of classic games to players that might have never touched these classic. I mean, those two franchises in particular are huge and some games I've always wanted to play yet have held off on. I also played some Viva Pinata which is a title I did have on Xbox 360 so I was well versed and then watched somebody playing Battletoads. Sadly none of the Conker games were available to play as I've been craving those titles recently and this is a small fix to that. Saying that we really need a proper new Conker game, they keep teasing it and it needs to be done. My second viewing of the games came during the show room floor where I played some Kameo which also returns and I'm only slightly disappointed I didn't get a giant Rare Battletoads foam hand, they were cool! 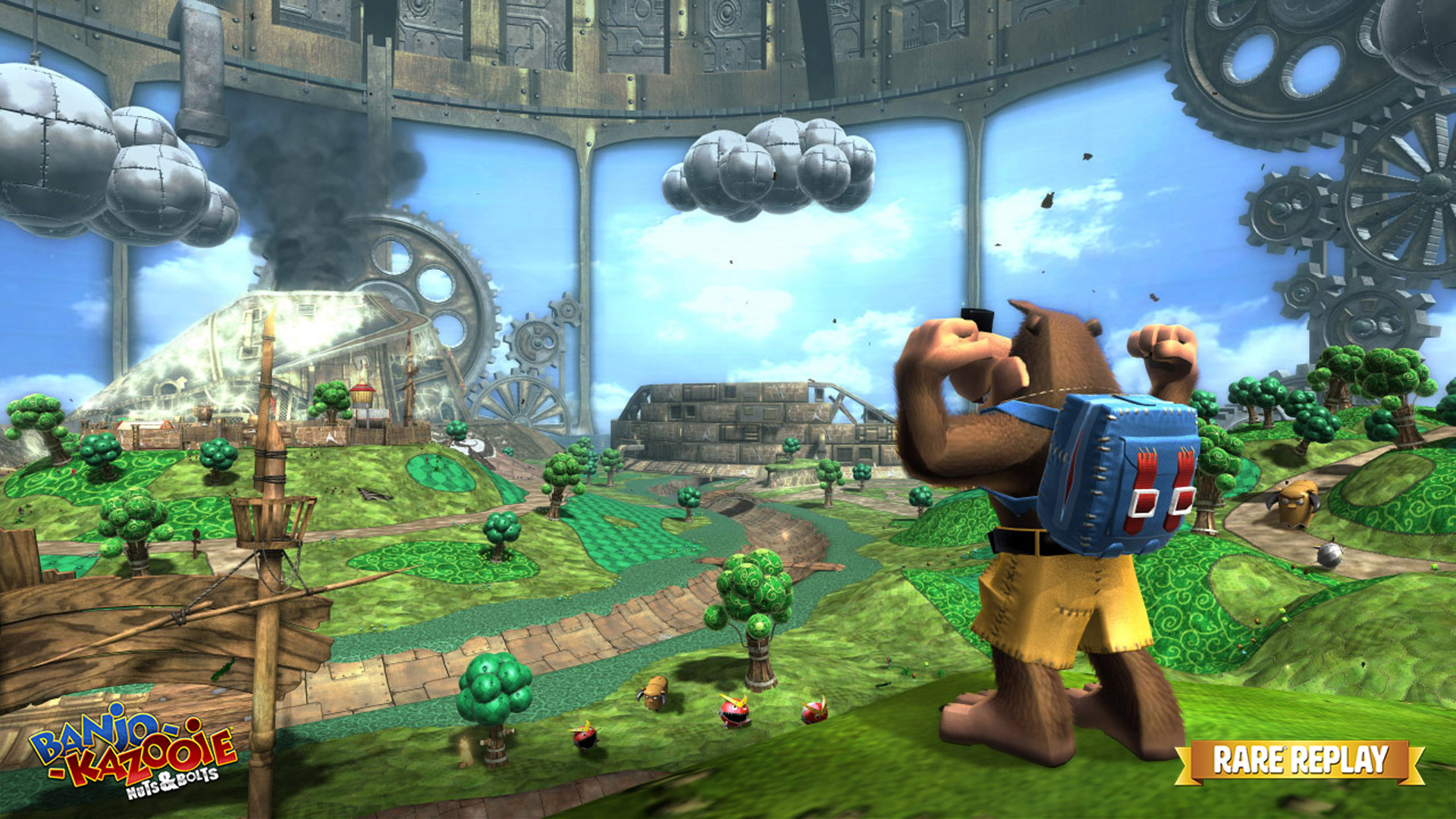 Now we move onto the juicy bits of what exactly we get in this collection and how it plays. There's 30 total games for $30 and 10,000 total gamerscore which gets my quite excited. This is a great deal for all players and there's no excuse not to check out this package. It really does seem to feature a bit of every gametype for all players. I also snuck a viewing of the achievements to see what was offered, it seems like each game shares various amounts of that pot. They also all seem to show up separately in your achievements area somewhat like Xbox 360 games. I found this rather strange, but I got confirmation from a Rare developer of that's how it's setup. The game will also just be on Xbox One as there's no plans for a Windows 10 version, had to ask about it of course. When playing the games I did feel that the graphics were improved basically just by the better power of the Xbox One. Though really there's been no effort to touch anything up, it actually seems like a bunch of them just run through emulation of the Xbox 360 since it loads those aspects up. Somewhat lazy in my opinion, though it probably helps keep the low cost. The controls are greatly benefitted from the latest controller and the titles actually were fun. I can't wait to get my hands on this collection in order to sit there and playthrough each of these titles, it should be enchanting. Will also mention that online multiplayer carries over if it existed in the original game so it should be neat to see exactly how it's handled for every game differently. This is of course all that I was able to check out as many games were locked away for now, developer said that they need some secrets. Hope this was helpful in re-affirming what this collection brings and to continue on rebirth of Rare this collection brings together their past while they work towards their new title. That of course was Sea of Thieves, a Xbox MMO pirate game which I suggest you checking out. I'm assuming I'll have a review posted for this mid-July so come back to check that out, all games confirmed for Rare Replay are listed below.

The Rare Replay will launch only for Xbox One on August 4, 2015

Did my best with the names, some of these logo titles were hard to read. You can read more about the collection here