Ghost Warrior 3 was definitely one of the more interesting surprises for me at E3 2015 where we were initially shown a video demo which was more of a live walkthrough for this level area of the game. Split into multiple chapters, Ghost Warrior 3 is a massive open world game filled with some main quests though largely other smaller activities for you to do. This includes tracking enemies which were going on patrols or traversing through forests of mines. You have a bit of an army type vision which allows you to interpret areas and scout out hazardous areas. The world here is told to be just as much an enemy as the actual bad guys are. The whole premise of the story here is that you're American special forces behind enemy lines in Jordan where there are other forces also controlling what's happening. It's basically a war that's gone dark with countries fighting it out in a foreign land like they've done in war for multiple decades. The whole demo presentation was actually live as well without certain buffs in order to display the game properly and the guy did fairly well until near the ending with a trigger of the enemies from which he got gunned down. It can go from a dead silent movement game to all hell breaking out really quickly. Anyways, our goal for the level was to take out this Russian General whom was running a mining operation from which the locals were not yielding enough. Perhaps a little cliche of a tale for this one, though it setup some interesting options. This included multiple paths to take him out or even creating distractions since the workers themselves were get disgruntled. It was neat to see a somewhat expert move through the area and take only particular enemies out swiftly. After the display was over we were welcome to leave the theater room to try out the game for ourselves. 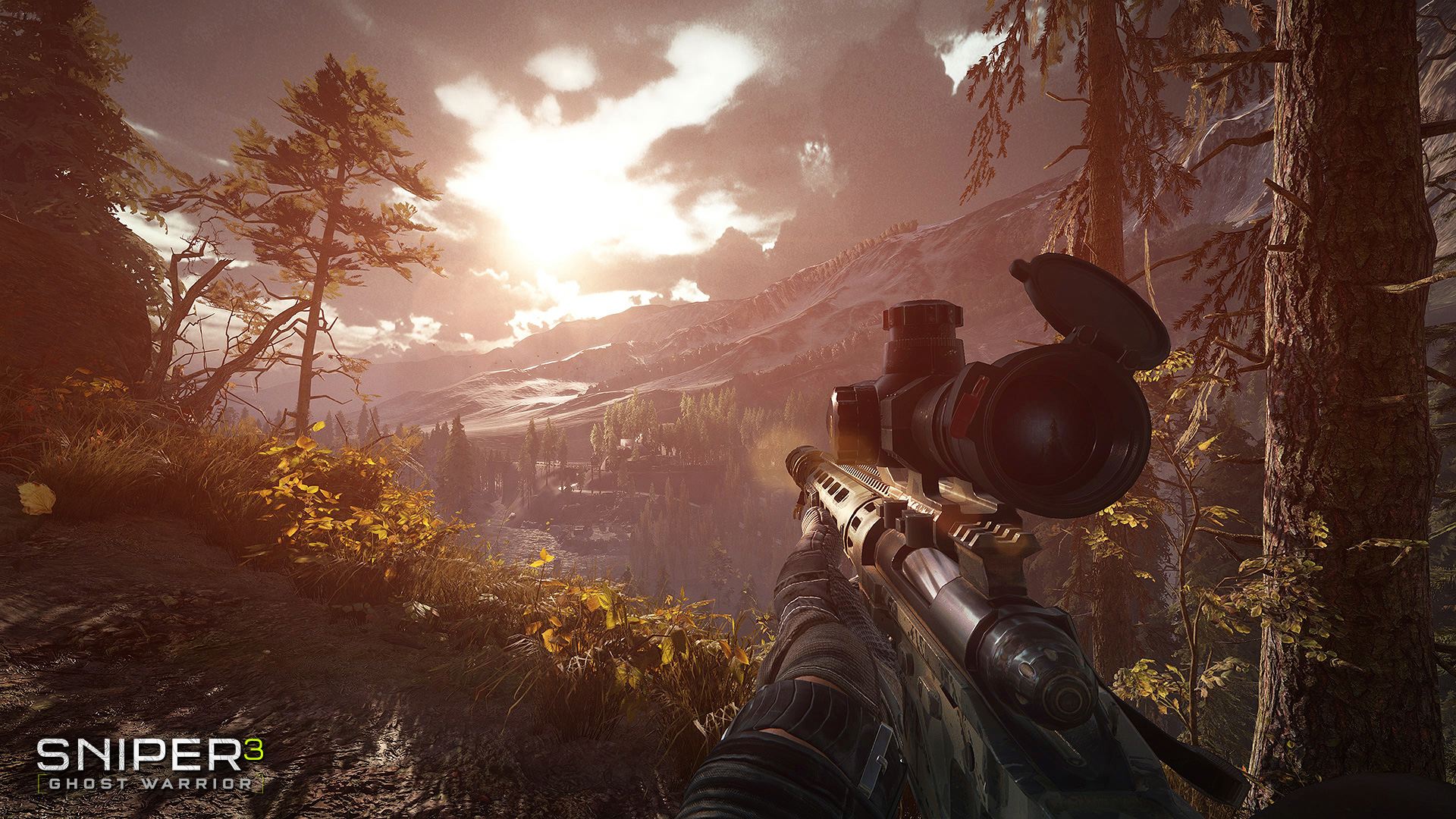 Hands-On Impressions
It's different watching a game than it's playing a game and I was happy to also try out the game itself. Playing the exact same demo as we saw before I closely followed the developer's path almost by mistake as it made the most sense to me. I did however try to break the game in a sense since I was somewhat bored playing what I just watched. This led to me falling of a waterfall which was hilarious and actually well scripted. After getting up slowly I continued on through the forest towards my sniper kit while dodging mines. The process of disarming mines is boring in my opinion as it's a delayed hold "X" while a wheel spins around. Maybe an animation would have been better, I don't know. It's of course in development for a second quarter release in 2016 so anything can change. I finally got to my rifle after more walking and then sniped some enemies. I was precise, deadly and just used my past sniping knowledge from other games so no difficulty. It does however take a better step towards realism and I really appreciate that in this sort of shooter. There's five gauges to my scope including; distance, temperature, wind, zoom and weather which gave some great read outs. These all factor into the shot as it isn't always a sunny day. The open world includes weather patterns which range from nice to crazy thunderstorm rustling everything about. My demo was going fairly well climbing over walls until a developer mentioned I was following the path they showed and I looked over while walking straight into a mine. That was certainly something as I exploded, so I left the demo area to talk about other aspects of the game which I'll place in notes below for you.

-vehicles can spot you, some can also be driven
-no levels or progression, just advancements in skills as you use them
-Cryengine 3 which creates these beautiful environments and dynamic events (it seriously looks great)
-multiplayer is in the plans though they want it to make sense and are focusing on the campaign first
-a bunch of gadgets to use like a drone (that was in the demo though I didn't describe it above)
-you can customize your weapon at work benches
-Enemies are not placed, they have lives and run routes
-stance matters, you'll get better shots in how you position yourself within the world.

I hope you enjoyed this coverage of Sniper: Ghost Warrior 3 and if you have questions feel free to ask. I'll try my best to answer them all, follow the site for further developments on the game as well!