Halo: The State of Multiplayer

So this is an article which I've wanted to write for a bit, especially with the many start issues that the Master Chief Collection has had with the multiplayer aspects. If you want my thoughts on the Halo 5 Beta which I had somewhat early press access to you can read that below, but here are my thoughts on the MCC. At first it was a wonderful experience playing this game early and that was a dream come true to me. I was really worried towards launch as multiplayer wasn't up, but they assured us it would work well when it did. When the servers finally launched it seemed to take a bit, but I did find matches so I assumed regular play would be much quicker. Once we hit that launch though, nothing worked and I couldn't seem to find a match. This was rather hard for me as I had given the game a great review and many were hostile about it with the multiplayer regard. Now a good month later we've been promised an updated Halo 3: ODST campaign, some live and a HD map remake of Relic from Halo 2. This is all great, but I wonder why they're working on other things than fixing the game that still is broken. I understand that 343 basically did nothing on this package as the work was from many companies, but they were the ones to pack it. Despite a good twenty updates later we still don't have the full experience everyone was promised at E3 this past year.

Is there a point where people are supposed to sue for a non-functioning product? Honestly, I have to ask this as we still don't even have functioning matchmaking which is still garbage. Playing consistently within the various areas I can say almost every match is insanely unbalanced. That's if you can even get a equal match of 4v4 which is next to impossible. I don't understand how hard it's to make even teams, every multiplayer game has done that since lan times. Four players on one team, four on the other. Yet I continually get matches of 5v3 or 3v3. Now 3v3 is fine on occasion, but out of 10 I hit about 4 matches with the lesser player count. Someone is always not playing so the other team all quits or my team quits and then I get penalised for leaving because it's essentially three players on one. Further, you only get this scenario if the match loads. The majority of any matches I join quit out if it's 4v4 even before the match loads. Finally, letss say you get into a dream like match of regular players. If you get anything aside from team slayer it seems like every objective match is not even tweaked a bit as Oddball only takes 1 minute and 40 seconds to finish so each match ends rather quickly. They need someone to step in and actually get the other aspects of gameplay aside from just Slayer working like they were in their original versions after all their updates. So there are some of my quick thoughts on the whole multiplayer situation as it stands, a month is about that point in any game where it feels like things are just not going to get any better. None of my friends even want to play the Collection with me as they gave up two weeks in and are playing other games. Which is a travesty as I grew up playing these games and I'm sitting here in a lobby struggling to play a decent match all by myself. 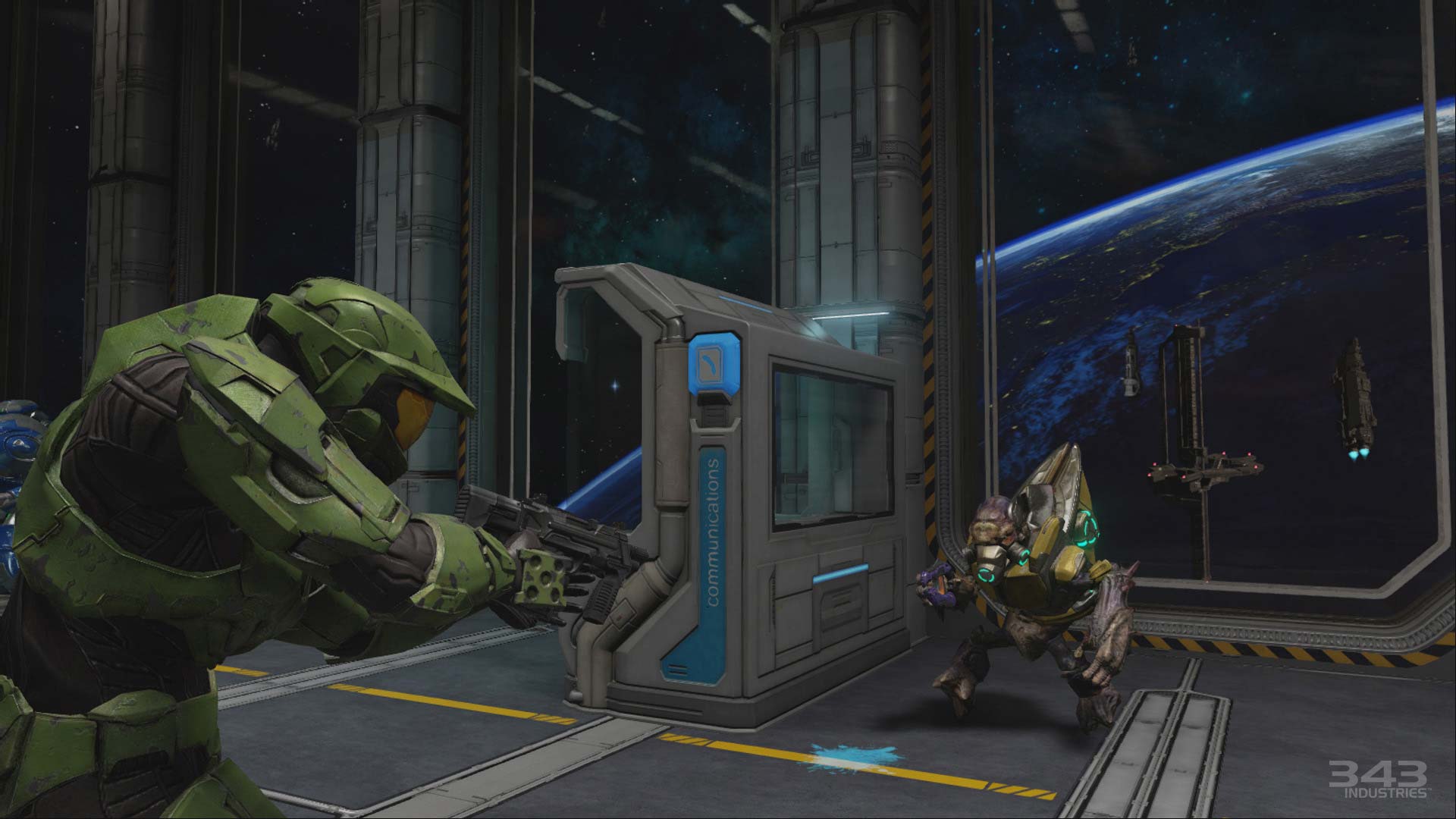 Halo 5: Guardians Beta
At least I can talk much better about the Halo 5 beta which I experienced great joy in playing as did many others that were given the early access into the particular weekend they had opened up. I had never written anything until now as I wanted to get a full time of play in before getting anything up. The game definitely feels like an evolution for Halo, while keeping the speed that was presented in Halo 4. The levels also have a much wider feel to them as new movement features are in abundance. Nothing seems to really take the lead in terms of weapons or what's available as any gun can be a killer asset in the right hands. This is of course with only what power weapons they gave us as it seemed very limited on the maps. One aspect I didn't like was the floating holograms, more of an annoyance as occasionally it looked like the weapon was there and I risked my life to grab it. The announcer also sounds a bit different than usual which many were worried about, I got used to it the more I played though I agree it was too over the top. Also the medals are given in excess for every tiny thing you do which fits into that arena combat they keep pushing. Anyways, it was great from the many hours I played and look forward to seeing what other things will be added when the somewhat public beta begins tomorrow. The weapons have new zoom functionality that many were complaining about from the initial videos though I found it to make little impact on traditional gameplay whereas the movement abilities really mix-up the field of play. Finally; the chatter aspect in the game, neat. Check out my livestream gameplay to see footage of the early access and get extended thoughts on the beta.