Xbox One X Improving Two Past Xbox One Games

One of my favorite aspects of covering the Xbox One X has been revisiting and once again enjoying a number of recent games. While I initially sought out some of the worst games to write about previously, I thought I'd take a look at a couple of games that had issues yet weren't the worst of titles. This is will be a look at Assassin's Creed: Unity and Dead by Daylight comparing thoughts of how they played on base Xbox One hardware against Xbox One X. Starting with the former I found some elements of Assassin's Creed: Unity to be great, yet the performance was just poor at launch.

I loved the era and the world they created, but it ran horribly. I was very curious, and this was near the top of my list for how the game might play on better hardware such as Xbox One X. I didn't have the game at the time of reviewing the console prior to launch, but grabbed it for a rather cheap price afterwards. This comes after selling it shortly after checking it out to make some money back and only spending a single dollar for a digital code years later which was sweet. Going past that, it was nice to jump in and see a world that was familiar and actually ran much better than before. 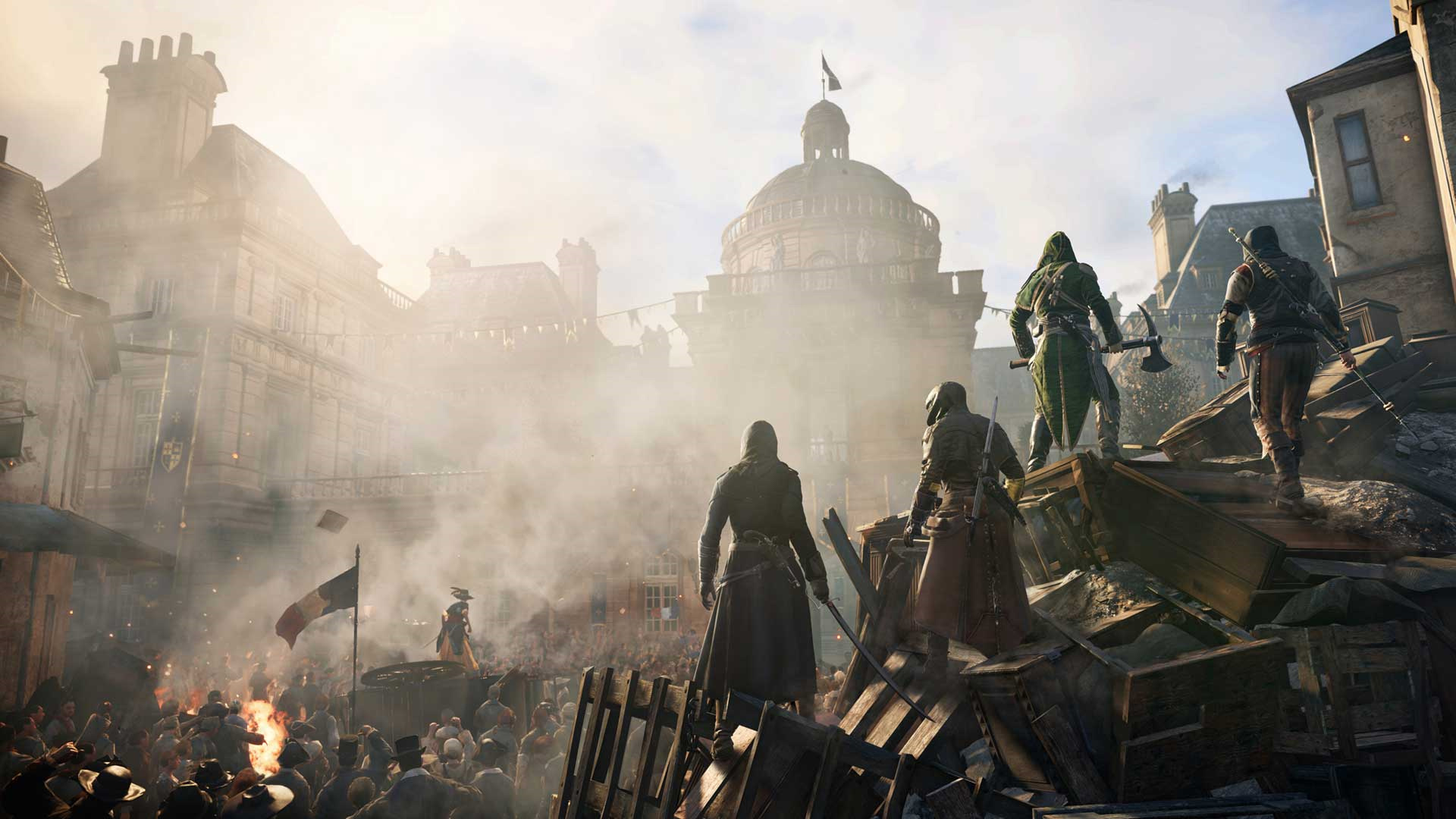 While the Xbox One X can't magically make games better, it does help titles run infinitely better. The biggest issues with Unity were the dense populations causing problems with sound vanishing, frame drops and load issues. I can see that some problems are still present as items load while you're moving around, but it runs smoothly now. The gameplay keeps up perfectly and the crowds don't cause any issues. It's a sight to behold as the gritty streets of France actually are enjoyable to move through. I can push past the crowd and not completely be struck by issues. It was a shame to see the world be rough to venture through in the past and now it's decent enough to play without performance issues disrupting play.

The second title was Dead by Daylight, a game I've played a lot of recently as it's quite fun. When it first came out the game had some really bad issues on consoles making it a rough experience for all involved. I understand it's somewhat better on base hardware after updates, yet the whole thing is just smooth on Xbox One X. It comes across as perfectly fluid and I feel it's a fair fight when running from a killer or attempting to chase down survivors. I don't have any problems whether I'm moving quickly through the open area throwing down barriers or pumping generators. It makes for a fun and problem free experience which is really what most want from games. It still does take forever for Dead by Daylight to load.

These are just two games, but the console has well proven itself across the worst of games and these two are titles that have improved greatly by just even having this small increment. It won't fix core problems with games, but any that did have minor performance problems run much better now. I believe my next pick might be a visit to Just Cause 3 and I look forward to exploring other games over time to see how they run while on better hardware. Moving forward I'm very excited to see games push hardware since Xbox is going for longevity and hopefully more enhancements for older titles. For now, even if a game isn't enhanced they appear to be better regardless.