At PAX Unplugged I met with John Cadice, founding member and owner of Soda Pop Miniatures. Soda Pop Miniatures game studio operates under the Ninja Division publishing house. Ninja Division is a globally distributed board, card and miniature gaming company. Genres run the gamut of table-top board games, strategy, card games, some collectible games and high-quality miniature games. Core brands of Soda Pop Games include Super Dungeon Explorer, an expansive miniature game which features miniatures with a super deformed, Chibi aesthetic. They were the first company to bring the Chibi aesthetic to miniature games around 2010 and have been growing a fanbase since. The miniatures appeal to any gender and enjoyed by any age group. Fans that grew up in early console days have a nostalgic impression of the miniatures, while the younger generations that grew up on collectible card games find it a natural progression to miniature gaming.

This style is applied to all their base products. Super Dungeon’s expanded universe also has videogames, comics and expansions like light RPGs. It also has content expansions like new heroes and bosses for gamers that like to collect miniatures. Another new game is Rail Riders Infinite, an all-in-one game where the players are train robbers in space blowing up robots and collecting loot. Ninja All Stars is a sports team building game where clans of ninja battle it out arena style. It has a huge range of clans to choose from and features turn-based strategy gameplay running mini missions against a victory clock. Ninja All Stars uses an easily learned dice and card based gameplay to make them as accessible as possible and made with vibrant colors to make it more engaging. 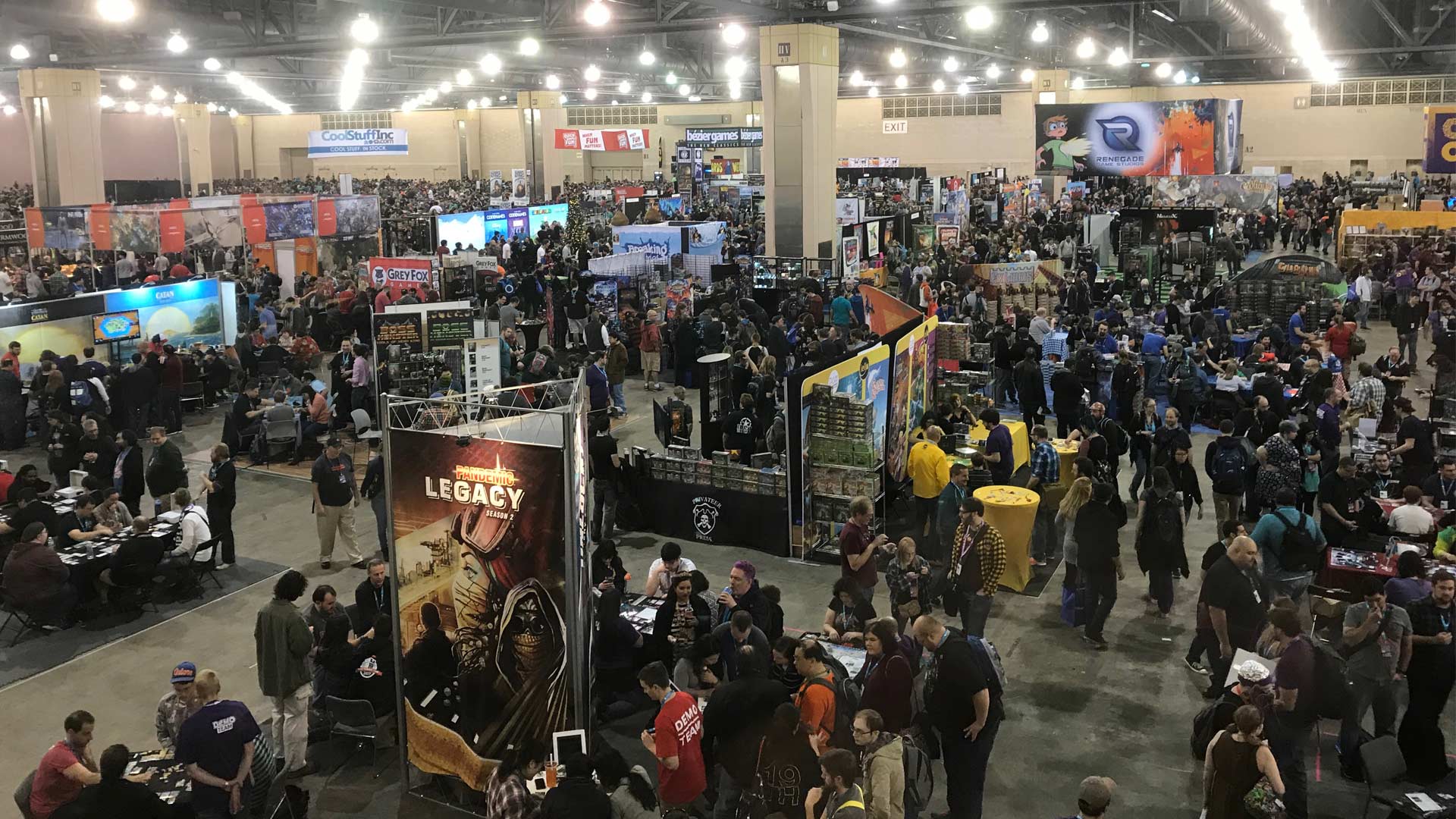 Additionally, they make miniature and card games. One of their first skirmish miniature games was Relic Knights which was more of a traditional table-top game. They are presently delivering on a Kickstarter with thousands of backers, to release a second edition version of the game next year. The set will include super high-quality figures, starter-box contents as well as a more fleshed-out world for collectors. Card games include a new licensed card game for Games Workshop universes and a project with Paizo for their new Sci-Fi property, Starfighter. Starfighter will feature pre-painted miniatures. With their Master Class range of resin figures they are doing an expanded range of RPG figures for the various monsters, aliens and hero classes that you can play as.

Also, they have other external licenses such as Ireland’s Backspindle Games’ Dance of the Fireflies and Luchador, a Mexican wrestling game. Ninja division is also co-owner of Shinobi7, with Seven Seas Entertainment who publish manga. Together they will be putting out a My Little Pony RPG storytelling game, Tales of Equestria. The story can go wherever the gamer chooses, “If you want your My Little Ponies living in a post-apocalyptic zombie wasteland, you can do that, or if you just want to go down the street and buy a cupcake for your buddy, you can do that too.” Ninja Division has plenty of exciting new projects in the pipeline for the years to come.