"Ring around the circle Posts!"

In Rotastic you pick your character, one of many, although most are unlocked through progress and then move onto selected an area. Each area has a selection of levels that are unlocked in order and gradually become more difficult. The purpose of each level is to gain helmets to unlock more areas by getting as much points as possible. These points come from jewels to finesse and even how on time you finish. When the scores are added up it determines which helmet types you are given, there are three per level and you need a certain amount to move on from your current area. The levels vastly differ and change from what your objective is to the overall design that is in the background. Each looks neat and plays well, with a defiant purpose, but gives you creativity to finish it. There are also traps that plague your swinging and point collecting, from rams to spikes you will have to dodge these or you will lose a life. You also face what would be considered enemies, which are simple to destroy, just by swinging into them. 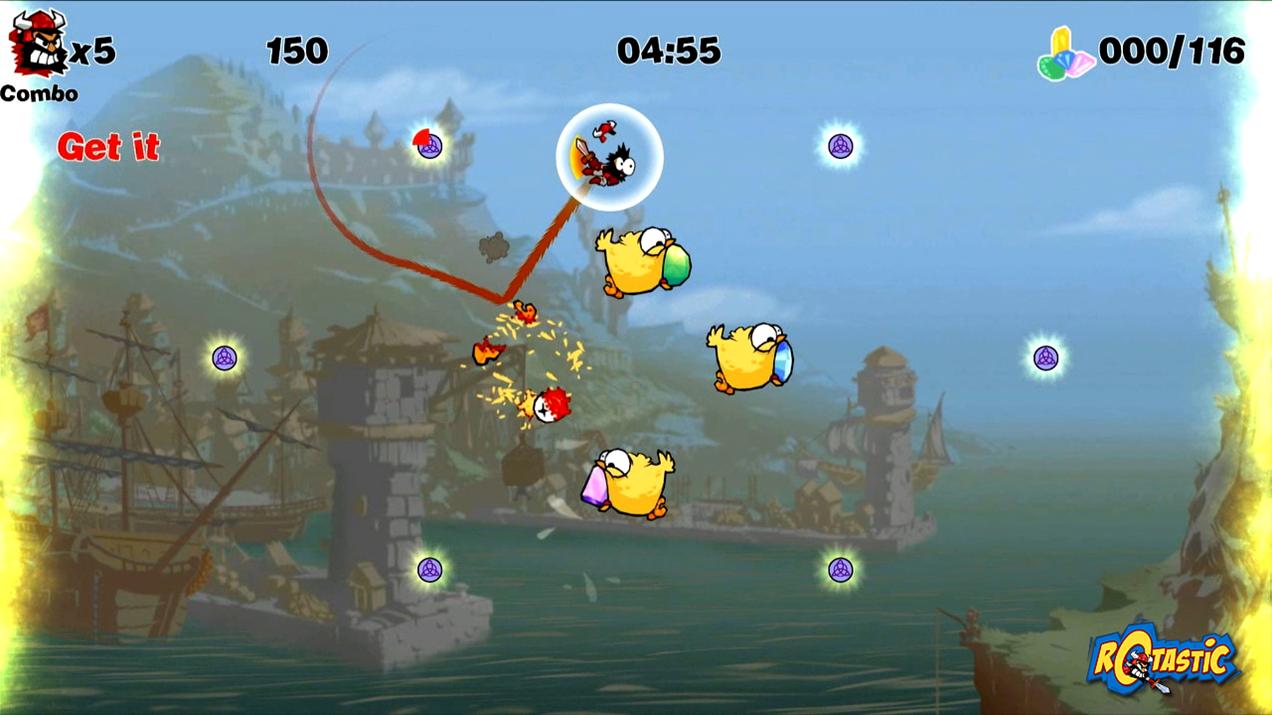 The game has a battle section, which is an interesting idea, but lacks the ability for online play and can only be down offline. It's an unique use of the game as you fight against each other.

Rotastic is heavy on the use of a few controls, you’re a button basically controls your swinging, while bumpers can change your swinging direction. The movement is well done and you can usually swing where you want as long as you judge properly.

Rotastic is an interesting game that will provide you with quite a long playing time, as you progress through many levels trying to get high scores and points. The games movement has simple, but well used controls and therefore makes it smooth. The multiplayer would be greatly improved with online, but it is interesting. 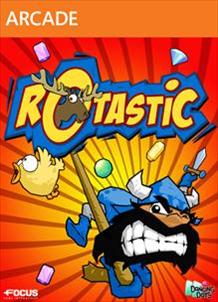