There isn't a ton of releases these days when it comes to the Xbox Live Arcade which I have of course played a many titles over the years on. Though every once and awhile I go back for new experiences or to review recent major titles on the platform which used to be my major cover. Here we have the latest in the free to play offerings coming on Xbox with AirMech Arena which is a frantic multiplayer game which focuses on either cooperative play of comepitive versus against each other. There really isn't much of a single player though you can complete challenges which get thrown ahead of the tutorial for some reason or play other modes by yourself against the AI. It's much better online and where the game was designed for at that matter. The cooperative play is survival oriented where waves of enemies come at you and its up for the team of up to four players to defend this position. This is done by the core mechanics of building defences, upgrading your own mech and just taking out the advancing troops from multiple directions. This is of course hectic at some points so teamwork is a must for this. From there we have the main focus of the game which is the versus mode pinning a number of pilots on teams as they battle it out for dominance on these MOBA inspired battle maps. Guiding minions to take positions while throwing out other vehicles and turrets around. Seriously turrets are everything in this game and you need a bunch of them. Moving on the struggle goes back and forth over positions as you attempt to destroy their base. It can become a real struggle with a control victory taking place if total destruction has not happened over a period of time. It's quite epic with exposions all about and troops moving over the terrains. 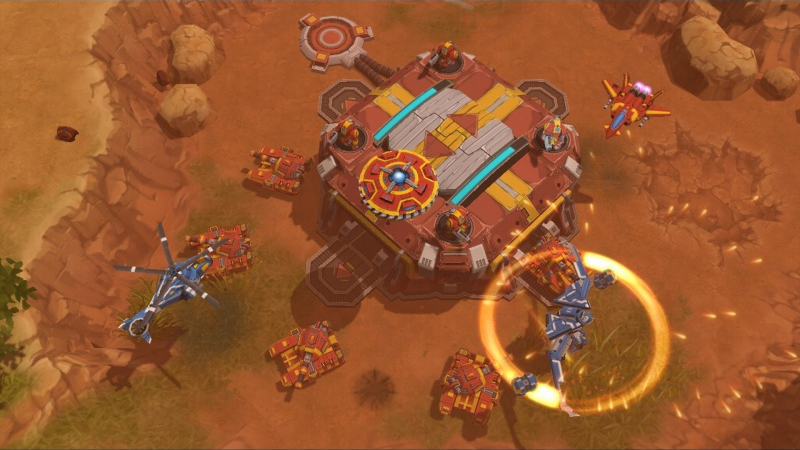 Transforming between robot and air vehicle is what your task is within the game whether that is carrying troops to battle while giving them direction or battling it out individually. Each method changes how you combat with certain enemies and you must switch accordingly. Graphically it looks fine with some great minor details though nothing too thrilling. The whole dynamic of using power to build troops and level yourself up is well placed in a simple to learn menu on the bottom of your HUD. It's a basic battle with some heated strategy with some achievements that are very time consuming to gain.

AirMech Arena has its moments of fun mixed with alright gameplay. It isn't amazing by far nor is it bad to play. For a free game I don't see why it wouldn't be worthwhile to try it out at least as there still is not alot of free games out there on XBLA. I did notice server issues seemed to be abundant though I'm going to assume that will be fixed as their servers perhaps cannot handle the growth of people at the moment. Get read to transform and fly out as you deliver your troop to the battlefield in a simple to control/learn MOBA inspired battle. 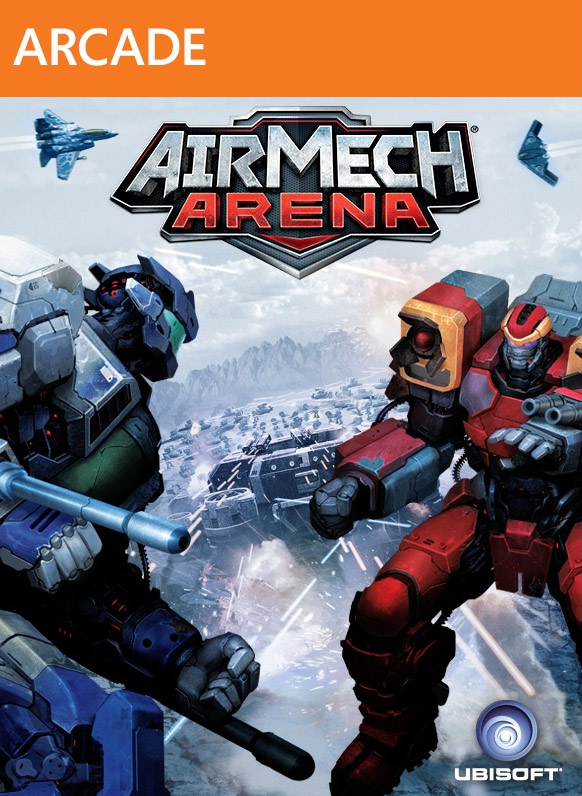