It is the future of 2007 which is both profound and weird at the very least. Take control the Mark IV super commando cyborg trooper Sergeant Rex Power Colt which has a ton of puns to throw out and incredibly witty one-liners. As the supped up Rex you have the ability to be superhuman in a number of areas from agility, to swimming and running. It is truly an awesome experience to feel this amount of badassness when playing with you feeling almost unstoppable. The world itself has been ravaged by the intense worldwide nuclear fallout with Canada getting frequent mentions of the mass amount of damage done there, very humorous to me as well as others that play it. Then again there really isn’t too many areas of this crazy joy ride that makes you think in a serious matter with jokes flying and a many pop culture jabs. So with the threat of a bio weapon and the intense further destruction of the Earth, which has already seen better days has you come to heroically save the day. So you will face a number of cyborg creatures from humans to a number of random creatures like say sharks or even your everyday dragon. The campaign was a fair length that will take you a few hours to complete, that is if you don’t do any of the side missions which will greatly add to your hour count. There are a fair number of things to collect from TV sets that decode a message, to notes that can be collected. There are also some garrisons to gain that allow for new spawn points, along with hunting and assassination missions that give you some awesome attachments to pimp out your already sparkling gun collection. Gain weapons from completing missions until you gain the most holy and ultimate weapon, then furthermore grasp an amazing ride that I will leave for speculation. Blood Dragon is a magical game with an interesting campaign that is filled with dragons, lasers and explosions. 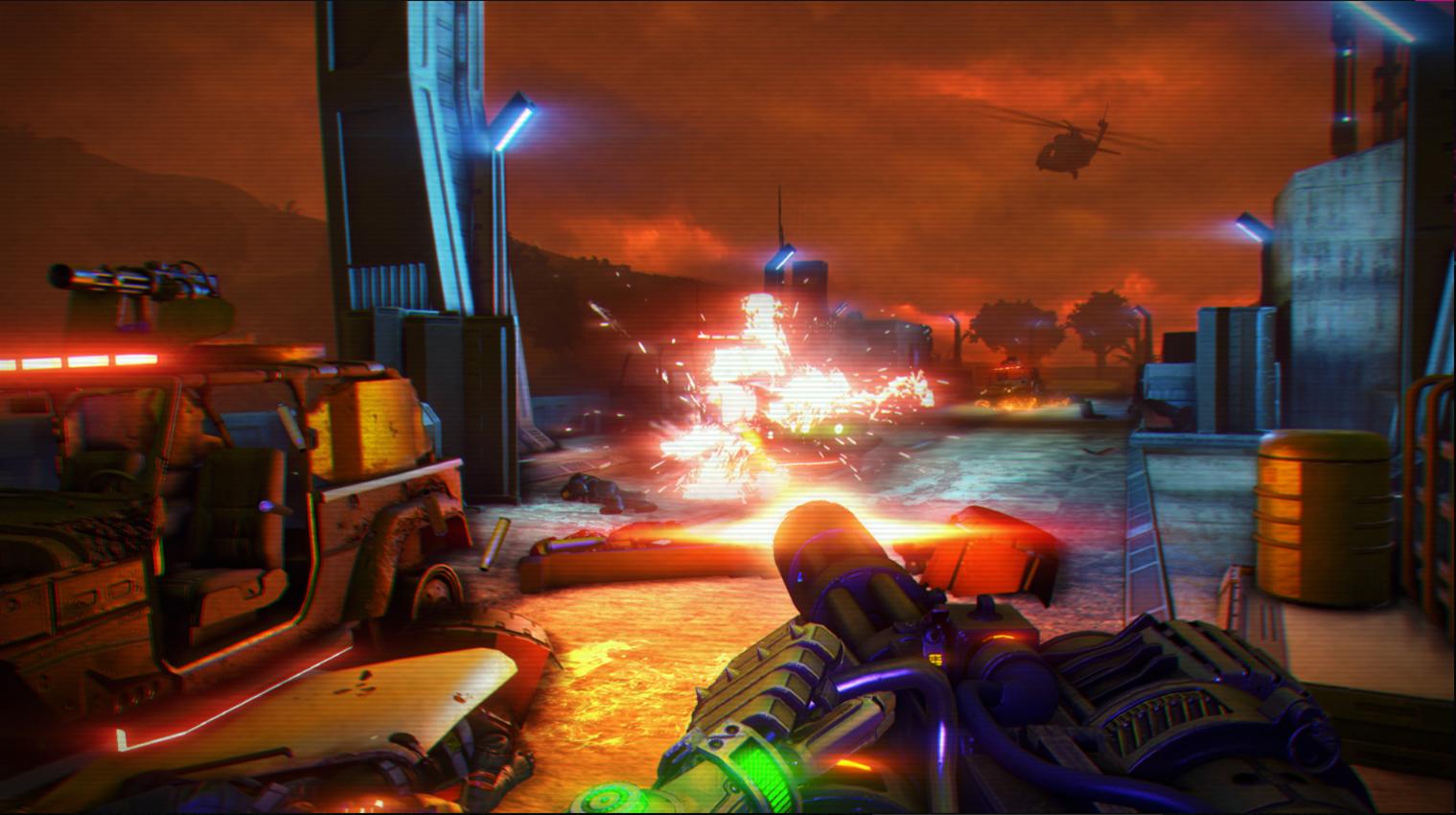 You can clearly tell that the game is essentially a reskin of Far Cry 3 that has been dipped in some sparkling colors and fluorescent lighting. I will complain that I would have liked the cinematics to be full screen, though I appreciate the olden day style presented. Everything plays well and vehicles from boats to cars are a joy to ride. The environment is gorgeous and makes you feel like you are in a strange future past world the entire time.

The purpose or existence of this game is incredibly strange, it truly is a special creation that I encourage everyone to check out. There are a number of special memories and joyrides to be had in this really twisted game that takes place in past future. The style is special and the game gives you enough firepower to feel badass. There is even some interesting and funny scenes available in the weird cutscenes. Anyways check it out and have a great few hours of your life, that varies on side missions or side ventures explored. 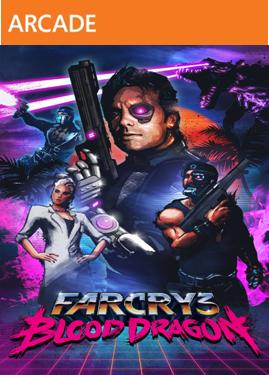