"2D Living, Crafting and Such"

Explore the intense side scrolling world that is Terraria. With some basic elements of Minecraft you will be hopping about and transforming your world as you choose. This world of course it littered with enemies, along with the occasional little bunny that gets caught within the crossfire. I will comment that there is a bit of a learning curve within the game as I did have to do some basic research to co-inside with the tutorial. Anyways from there you build yourself a house and some supplies while packing away some NPC helpers if your living space meets their requirements. Craft a large assortment of items from torches to chairs and even more intense tools than the starting set. There are ranging days that change from light to dark and send differing enemies after you. Face the hallowing darks of dungeons and caves as you traverse to find ever more interesting minerals to collect. Use a large variety of potions and magical tools on your quest to explore the land. I will further comment that the game plays well despite some edge blocks that are an occasional drag as it does offer you multiple ways of environment clicking to shuffle through. There is available splitscreen and online play while I will let you know in a direct comparison to Minecraft it is more largely based on combat than survival. 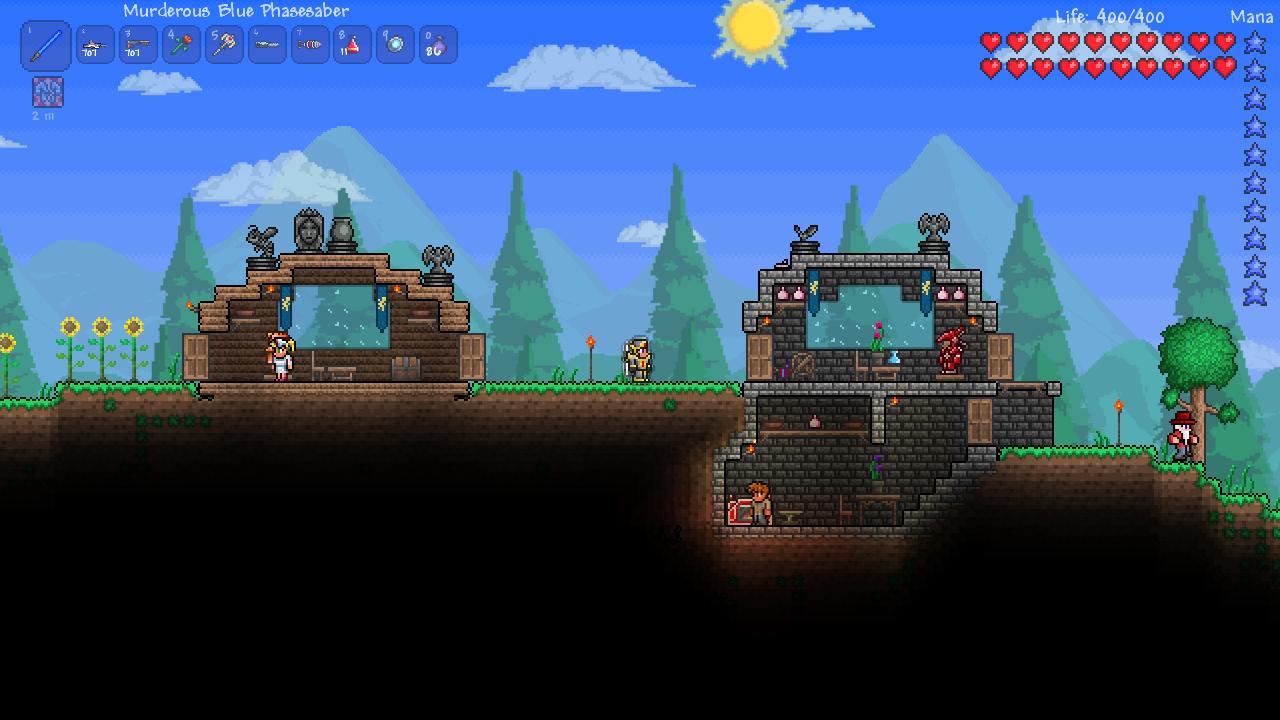 A 2D side scrolling survival game that is filled with combat. Movement and play is relatively simple with construction of items taking a bit of learning to master. It isn’t too difficult to jump into, but will require some extra effort to gain higher confidence. I ready don’t have tons to comment on in this aspect as the world looks great and it is really neat to have your own customized character hopping about.

Collect your resources and attempt to do your best to survive within the sometimes harsh lands of the customized worlds within Terraria. Build your own little homesteads and move in helpful assisting NPC’s. Conquer the many dungeons and continue to build on your seemingly never-ending collection of loot. Remember that the deeper you dig, the scarier the enemies and better the loot! I must comment that there is a bit of learning involved and will take some commitment to the game in order to be successful. 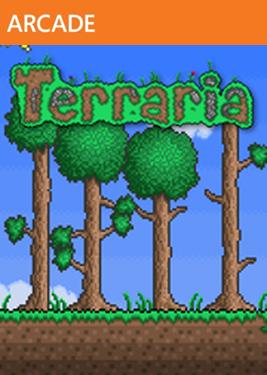 Terraria for Xbox 360 and Playstation 3