Toy Soldiers Cold War is a youthful plastic army men dream come to life fit together into a tower defense type game. The story of the game puts you into completely varying little battlegrounds each with a different theme, from a dune level, like your sandbox to industrial maps where they are littered with not only game oriented buildings, but also have random items you would use to like tapes and such. Enough aside the game allows you to place different turrets on these platform spots from machine gun turrets to anti air, all of which are upgradeable and usable. Your AI does an alright job in base protection, but most of the time you want to control, as its just more fun. Your objective is protection of your toy box as waves of enemies assault you. From addition of turrets you can gain barrages to fire from the Commando, which is an awesome little Rambo type character to AC-130 strikes or even Nuke Strikes. Even further you can control these little vehicles from helicopters to tanks that have battery life. Each campaign environment will offer different ways of combat, each is fresh and well done. All leading to a mass destruction on both Toy Solder fronts 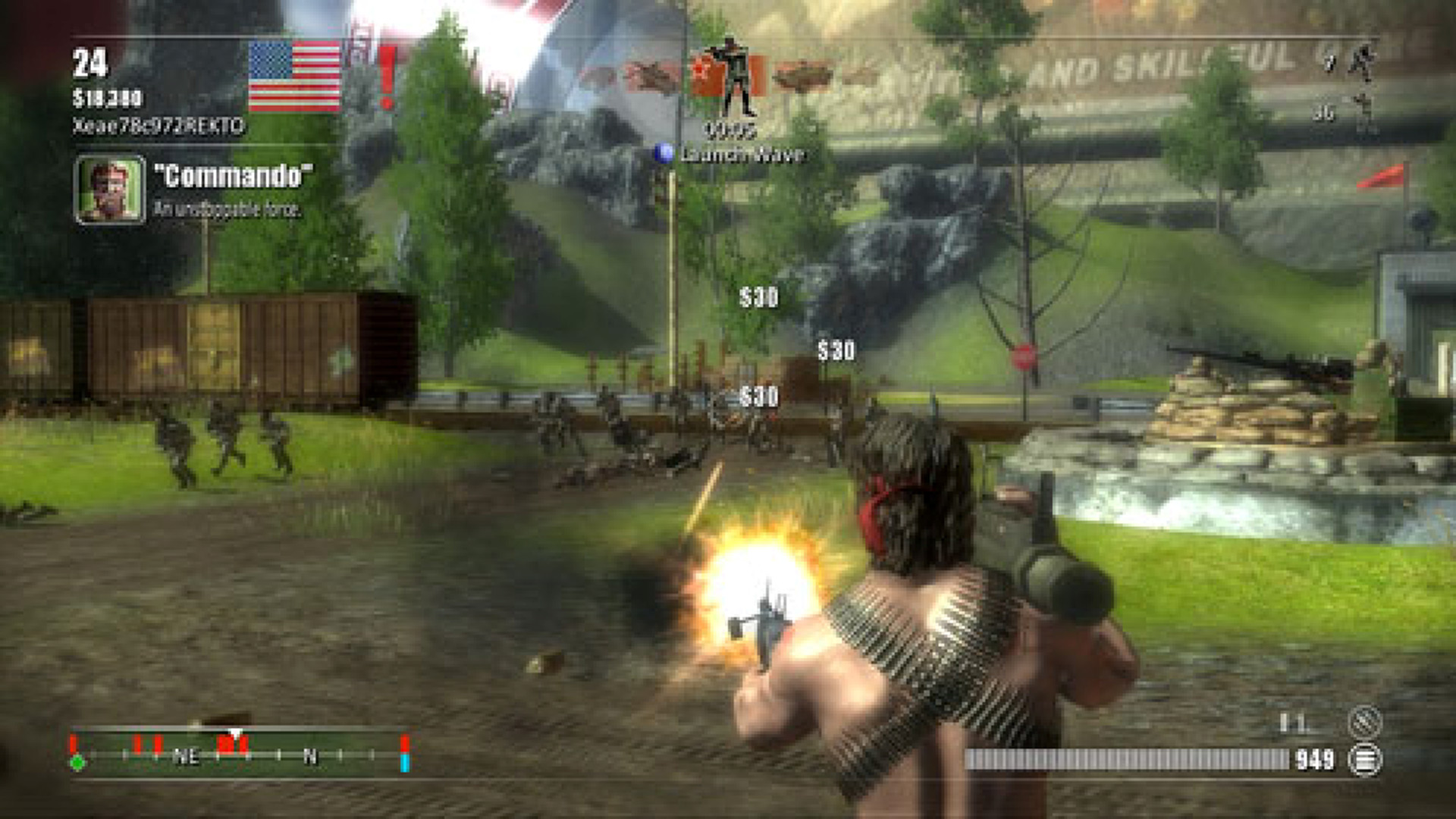 The multiplayer portion of the game is also something interesting to take part in, whether it be coop to defend the toy box, or battling an opponent in versus, where you can partake online or off is great. The game changes a lot when battling an opponent and causes you change your strategy of either launching many offensive units or playing defensively. Even the coop is great as you coordinate defense between the two of you.

It is of course a tower defense type game, build turrets and such, but the additions it make with interactivity takes it a step beyond basic defense games. Every map does a good job of simulating a variety of battles with multiple options. Aside from campaign or online, there are other really interesting areas of the game such as survival or even the exciting mini games that pull from different campaign experiences.

Toy Soldiers Cold War is a really fun game, the concept of bringing childhood fantasies of being able to command your plastic army men and then focusing them into a tower defense situation is a great blast. There is a lot of detail into the units and each map differs in how you strategize, it makes not only a fair challenge, but something anyone can jump in and learn to destroy the waves of varying enemies. It's awesome to take control of everything you buy to destroy your foe then unlock barrages to give yourself a further edge and satisfying feel. Running around as a commando is just awesome, especially taking him into another opponents territory in online versus. Defiantly worth the experience and even better when you have a buddy to fight with!