I was worried, like many others that making an arcade game and taking away the awesome plastic instruments would destroy the Rock Band experience. I’m happy to say that the title easily fits into the musical genre and was slightly more focused on the musical aspect. Blitz takes all your existing downloaded songs and adds the games somewhat solid setlist. I do question some of the selection, yet that is a personal thought towards it and there are many common songs you may know. Blitz will give you all the instrument lanes coming at you, all at once allowing you to freely switch between them playing any one of your choice. I found the extra emphasis on the instrument you were currently playing to make me want to focus my time more on certain parts of my favorite songs to make the special parts stand out. Although the key objective is to move along the lanes collecting the best possible multiplier in each section to obtain a higher overall score which gets extended depending on how high yours is every so often within the song. Each instrument section is split into two notes to hit which can be hit with some differing controller buttons and is comfortable to hit. It really is about hitting as many notes as possible, across as many lanes as possible for the highest score. There are many ways to always seem to somehow gather a higher score to compete on the leaderboards against friends. From switching up when you play lanes or the neat extra power ups you can buy before each song will increase your bonuses. These credits are of course earned through play, so play more to earn more credits to go into even higher scores. In addition to the highest scores, you can view/compare all your stats with your friends on the new social networking area. 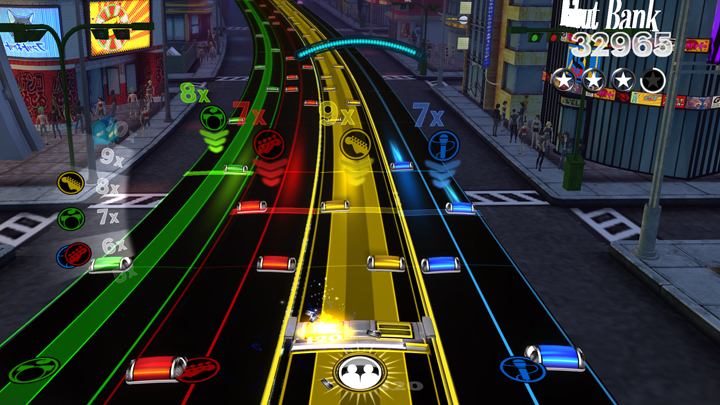 Blitz is well incredibly frantic with notes sprawling in multiple lanes, it is quite a thing to look at it. The flurry of colors mixed with music is actually really nice and provides tons of room for creativity. Of course it is even more intense when you get into blitz mode and the screen is center focused on your particular track. The extra power ups add even more crazy movement to the blur of the passing buildings and other notes. 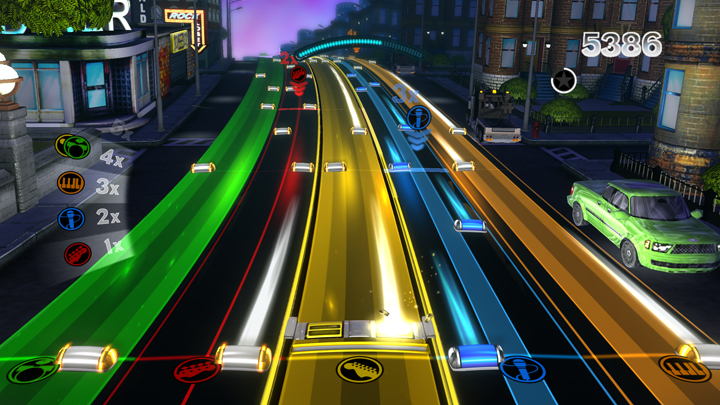 Aim high for score and come back continuously for more. Beat your friends through the new social connectivity, while constantly striving to achieve higher. Blitz gives you a different opportunity to play the awesome music of Rock Band, yet in a different form. Things may have changed in music genre, but Blitz is here to collect new and old music lovers. It really is a special addition to Rock Band and the music emphases on your certain section is a great touch. 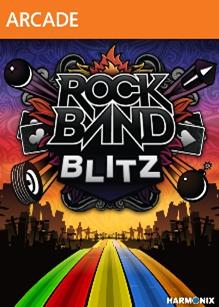