Counter Strike GO revolves around the conflict of Terrorist and on the latter Counter-Terrorists. You pick your side and wage war in multiple differing game types in order to complete the objective or slaughter the enemy team. Of course this is entirely a multiplayer experience that well can also be played with bots offline, but that’s no fun. Anyways there are classic Counter Strike modes of casual/competitive where you are required to purchase new weapons each round based off of how well your performance is in the round.

Depending on the two modes you may need to buy extra items to help you defuse the bomb or do other tasks. There are of course a variety of weapons available to choose between in every section from rifles to smgs or even pistols, Aside from that you can also purchase gear or grenades for extra assistance in the round. You are then competing with your selected side to either destroy the objective, protect it, or kill the other team. After a best of win for a certain amount of rounds the teams will then change sides.

This is all done without party or private chat, that is right, you must be within game chat for the entirety of your playtime, except in single against bots. Won’t say too much on the subject, it can be good or bad. Another one of the modes is Demolition which I was more inclined to enjoy where one team is defending and the other of course is attacking to plant the charge.

Also something I found weird was gun unlocks which seemed to get worst and worst as you progressed getting kills. Finally there is also Arms Race which is in line with Gun Game from Call of Duty where you take out enemies and move along the chain of gun unlocks to win, except in this mode it still has teams.

The game feels incredibly way to similar to Left 4 Dead, well they both are source. If you can get over hearing all the familiar sounds and not think zombies are a foot it has the quality chunky feel to it. The controls were slightly whack for me on the console and really wish there was aiming down the sites.

Even the guns that had scopes made scoping feel nonexistent. It is literally a hip firing game. The environments are interesting and all have a cool differing feel to them. Oh and there are many, many guns to use.

Counter Strike is a wonderful team oriented game, which has very enjoyable traits. It does feel slightly aged for my taste, but gameplay works efficiently. Only hip fire is slightly weird to me, yet does give it a more random spin. It is a decent title to check out with endless hours of tactical playtime in the online multiplayer. 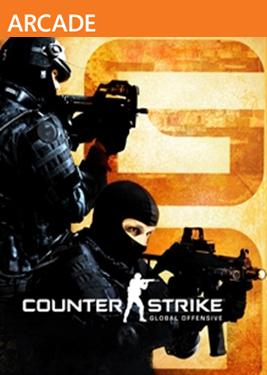