Basically you meet the crew which you will be working with and your job is to destroy tours. You do this with various shots that are shown, in what I would say is a fairly quick fashion. Each have differing things that help you in your path to castle leveling. To launch these shots you are to move side to side and then backwards for power. It does quite an amazing job with using space and performance with the Kinect is well executed. Precision is easy to achieve and that is key in motion games, I found the game was more arms then anything and did so perfectly. Aside from randomly launching your shots there icons that change the way shots move and are floating in specific spots. Like a speed or spring boost. I do wish actually reflecting on the differing shots that the first couple times a better indicator of how to use would appear for more clarity. From there you smash up various portions of the towers and gain a score which determines clearance on the level, you only need Bronze, but we all know you want gold. You get an initial score for destruction plus any damage multiplier bonus. You then pass the level and move onto the next section, each section is a group of five and every set has a differing feel to it aesthetically. The game itself feels like some of those older castle destroyers, yet well updated or even somewhat of an Angry Birds feel. There are tons of levels and each map has a different challenge. Story wise I don’t really know how much I feel there was other than just destroying goblin infested castles. 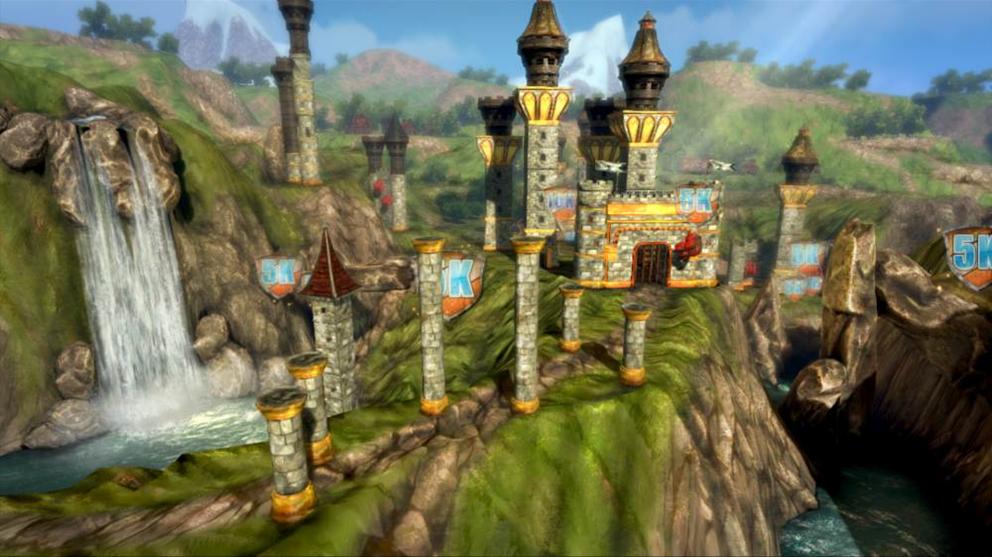 Performs very well in connection to the Kinect. One of the more fluent feeling ones that is fairly straight forward in gameplay performance. The concept is simple to grasp and is a lot of fun to play through it. Although it there is a random aspect to the swings and perhaps I thought you should have been able to select your shots for each level. Characters are interesting though there isn’t too much of a story to it. Basically knock down tons of towers and scare goblins. 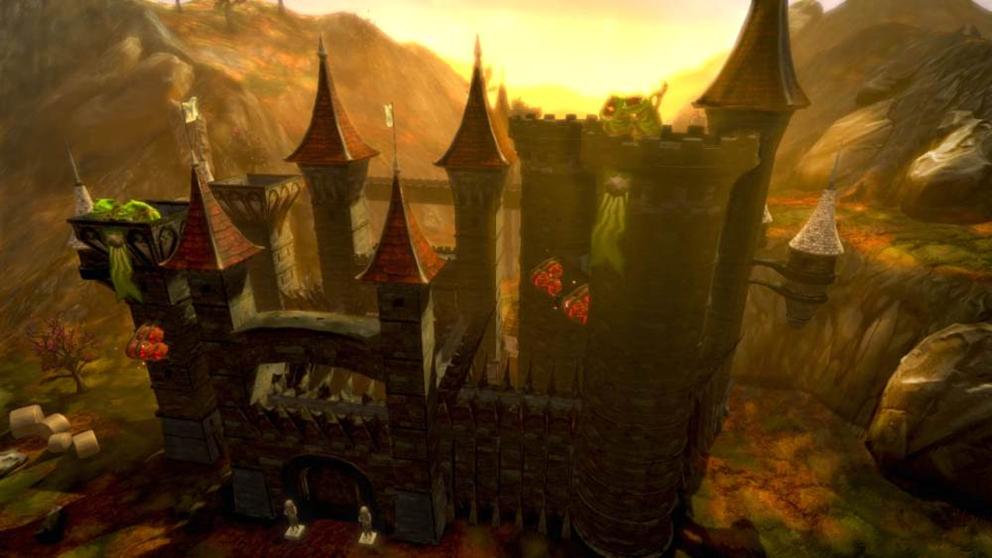 Wreckateer will take quite a large chunk of your time with the levels available and I can see many more being added in the future. It is one of the best Kinect working titles available and performs very well using any play space. Shoot to destroy with skill or luck and you will have a blast. Is also the title that introduces an extra avatar unlocking system with weekly challenges if that should be mentioned. If you have Kinect this is definitely one of the better performing and enjoyable titles. 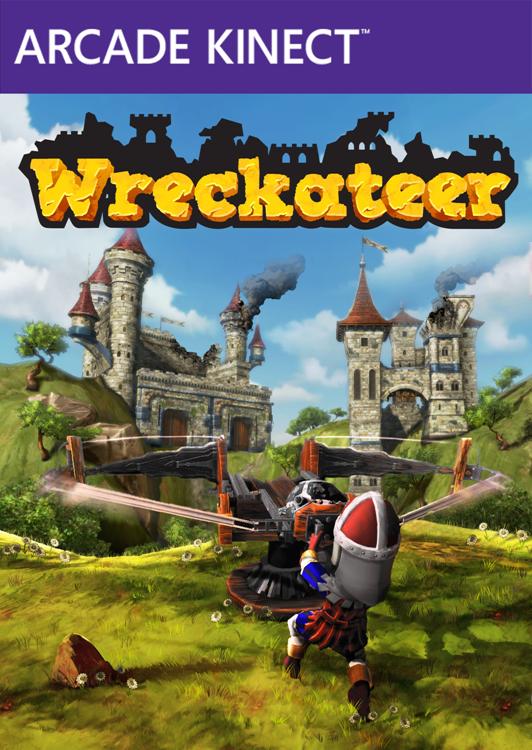