"Intense Console Mining at its Finest"

Minecraft as many of you know is a game of blocks, building, mining and collecting to build whatever you want. Unlike the PC version the game includes a tutorial helping you in how to start your career and survive. From there you create your own world and get plopped in the middle of nowhere. Good luck! Now you are out in the harsh world by yourself and must rush to construct a house usually using wooden planks by slapping down trees. It is quickly apparent to build crafts table and tools so there are many for you to build for various uses. Collection of resources has become easier with these upgrades so venturing begins to be amped up with higher ambition. There are many different kinds of resources available to collect that are hidden or need to be mined for such as gold, coal and other more special things. There are many animals wandering around that can also be harvested, yet these are not the only creatures. There are many night time monsters that will try to destroy you, so keep inside unless you get the right tools. If damage is taken you will need to eat some food from animals or herbs you cooked into food items. From the get go you receive a map so you can use that in case you run into some death, death also brings the loss of all on hand items which is disappointing, There is a ton of stuff to constantly be doing and it really sucks up your time, but the real special thing that makes Minecraft so interesting is all the differing ways that you can live within it. Options of whatever you want to do, whenever you want to do it. 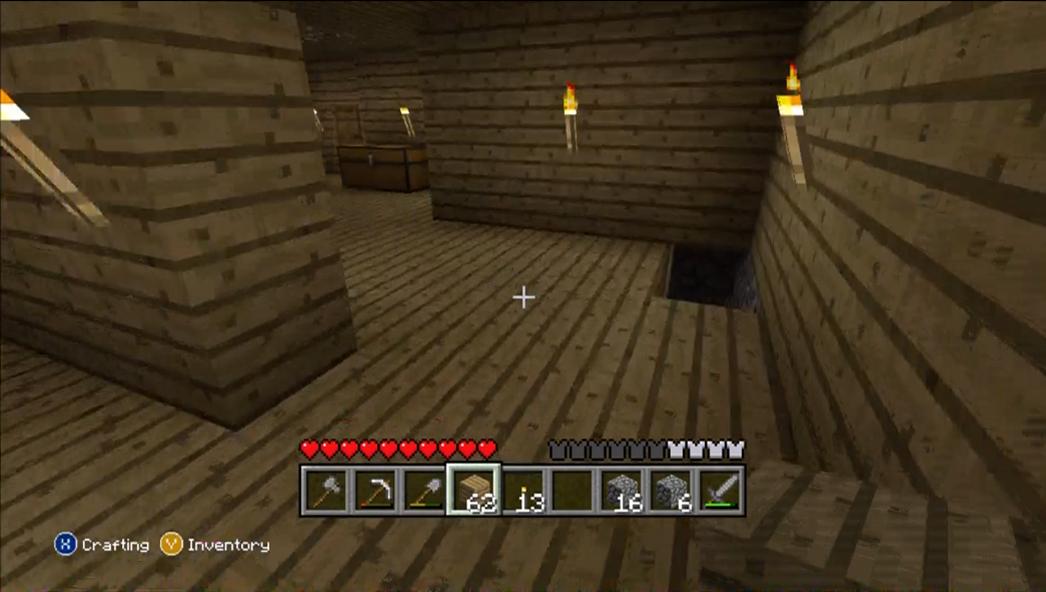 Yes you can play awesome and fun multiplayer. What makes building more intense?, Why building with up to four players locally or eight in online multiplayer! It is a lot of fun joining others to build as long as no one is too, lets say disruptive of play.

The graphics look rather awful for say, but work perfectly with the style somehow. Everything works well and is rather complexly basic. The controls work well with fairly simple use that is rather logical. Should also mention the crafting system and inventory are changed to a fluent console version that are far simpler and more fun to use. 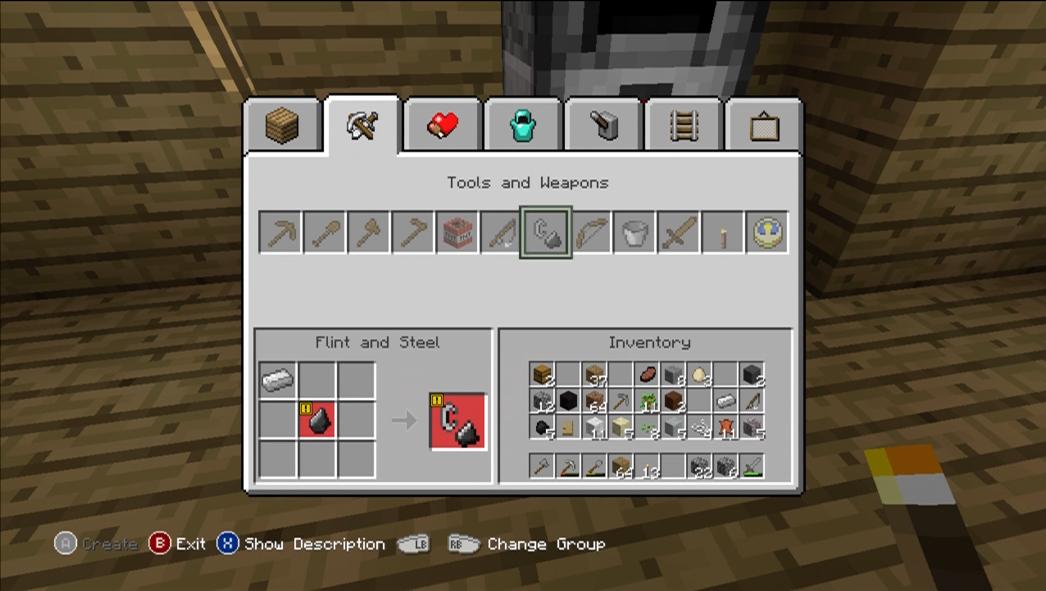 Collect, Change and Build. Repeat this over and over again for hours of addictive play. The console version in my opinion is far better with a more simple system. Enjoy this by yourself or with friends for hours. Personally splitscreen is perfect and a lot of fun. You will get sucked in and enjoy this game for many, many hours, then that will turn into days. Also build a house because night time is soooo dark and rain looks cool. 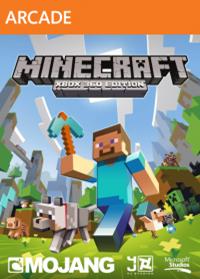