"Gore, Graphics and a Sick presentation"

This has to be one of the first arcade games that has wowed me, literally minutes into the campaign. The story of Crom, a warrior out to seek revenge on those whom had caused the death of his family. The starting cinematics with player involvement are enough to grasp your attention right from the get go with crazy movements throughout keeping you going until the end. Using a collection of weapons, a sword, crossbow, hammer and some random wolverine style claws which all get upgraded through progression by randomly picking them off the sacrifice boulders. Crom also has many other tricks up his sleeve with the collection of blood he gains through killing brings up a meter of brutality, which lets you whale on all enemies. Blood also upgrades your I’d say “god powers” which you pay for with your collection and through the use of mana slay enemies. What really makes this game so special is the style of graphics, it is beautiful with piles of gore and sick environments. I think the swamp area was my favorite with good reminder of Shi No Numa (Cod Zombies). Even further the ability to stylize your killing through very gruesome executions and crazy combos. At some points you can even carve holes in giant monsters. Bringing me to enemy selection, these things can at times get annoying hitting you in multiple placed waves that you must conquer to move on, you also get graded on how well, but the grading really didn't affect much. Moving through these levels you can find in addition to enemies and random weapons are a series of bonuses like healing, extra blood addition, or such. After moving through all this you eventually lead into boss battles with massive gods that take a very, very long time to destroy and have a very repetitive nature to them. When they are beat though it feels very good and I felt very accomplished finishing them off in some blood splattering matter. 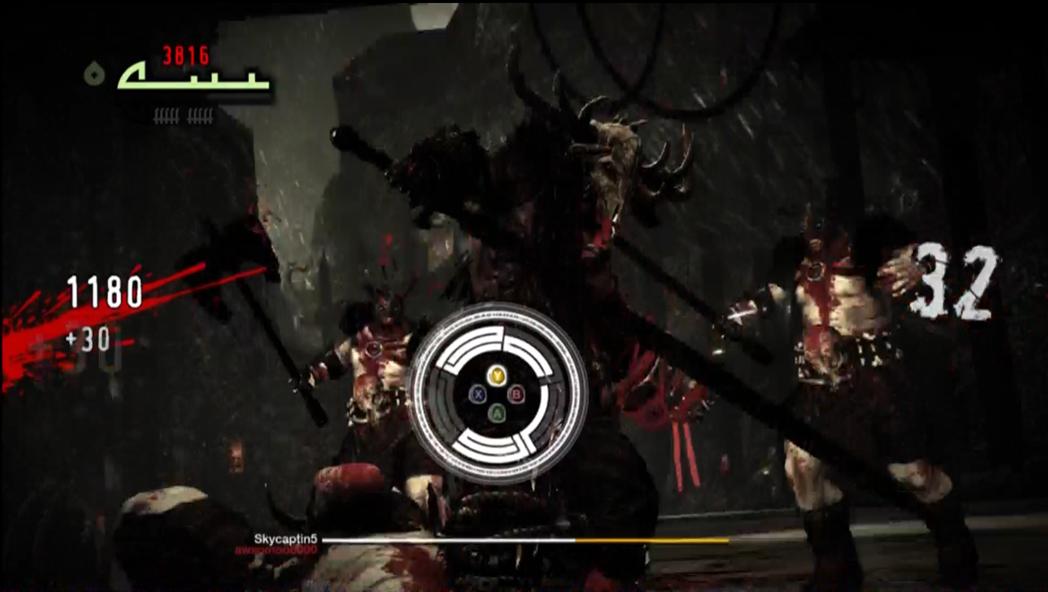 Gore. There is a ton of gore. It is very beautiful looking, with dark twisted graphics and blood. The game moves very fluently and flowed through cutscenes very well. Executions were sick and it looks like Crom had borrowed a move or two from Marcus and the boys. 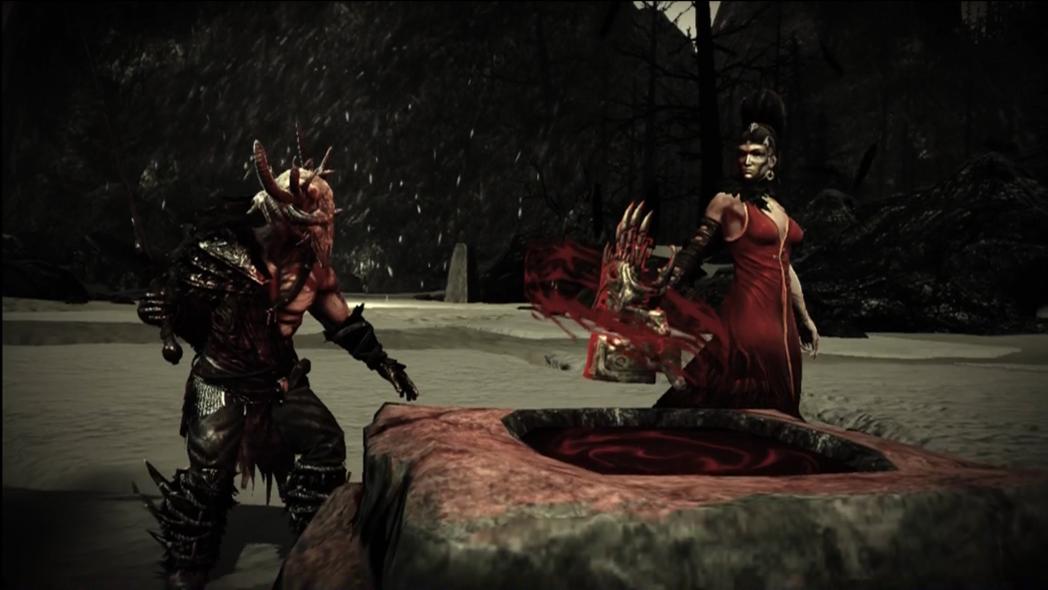 You will most likely see this as a nomination for Downloadable GOTY. It was a fun play with crazy kills and amounts of gore. The gods were unique and presented a fair challenge with me coming up strong to obliterate them. I will also mention there is a challenge mode where you face waves and waves of enemies, comparing them to whomever you want on your friends list. Yet the focus for this game should be the amazing campaign. Seconds in I was hooked on a title with a great story with powerful gameplay behind it. 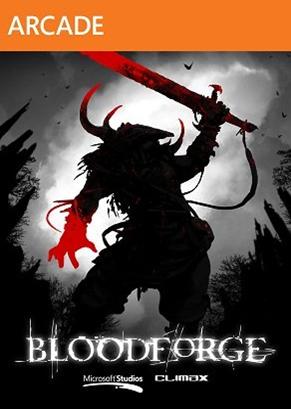