"Shoot tons of robots in quite a repetitive manor"

Basically you are a redneck that has always prepared and have been waiting for the robots to take over. That is the carrying feel to the game and your goal is to save the world. You wander as your customizable character storming through levels of either survival or scrolling focus. The levels are of course filled with piles of repetitive and slightly boring robots. Some shoot missiles you have to deflect, while others have extra health and can grab you/ throw you around. The survival focused missions are based on well surviving as long as you can gaining tons of points and are largely the more fun portion of the game. On the other hand the what I will call scrolling missions are the levels and you just move through them killing tons of robots and mini bosses that are layered throughout. There are of course main bosses which I found not to be to interesting. The graphics of the game give off to me at least a Borderlands feel, but when you really look that them they are not very spectacular and could have been used to give the game more sparkle. There is also an online component which is just the levels with other people which is slightly more fun and makes it less difficult for you. The leveling system basically pops up after you fill this random bar and you just boosts your power which is easier achieved online. The true strength and best part of shooting these many robots is the customizing which can be bought with the bolts you collect over the levels and these are also how you are scored leaderboards wise. There are many items to buy to gain, along with bonuses to have fun with some the stuff, it is neat though if you do not wish to unlock in gameplay you can just pay for them. 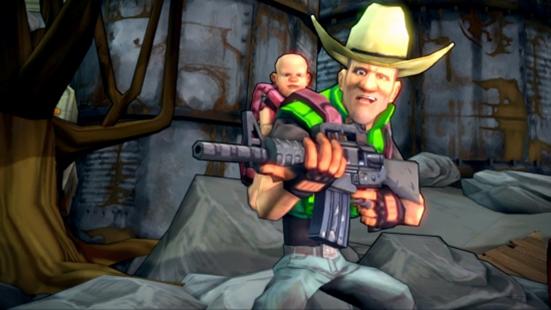 Is as stated above just regular play, but with a couple other people shooting the piles of robots. Survival is definitely the most fun with others though. The looting system just switches and allows color matching to pick it up.

Shoot Many Robots is overall a fairly smooth game, but I found the shooting mechanic to be rather awful with left stick aiming, along with X shooting. You also have to hold another button down to shoot making it just awfully awkward to hit anything and it ends up getting you crushed by robots. 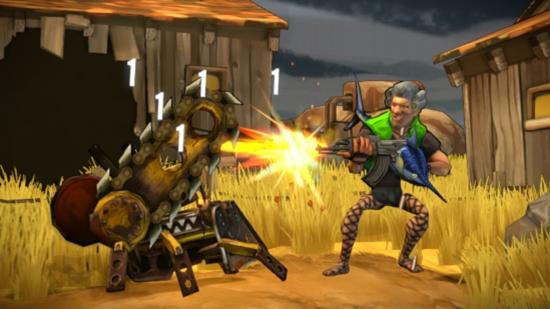 Shoot Many Robots is what I would call an alright experience. I mean it is fairly fun to play online and the levels for the most part were interesting. I also loved the customization available with me having a fancy super gun. Yet the somewhat ugly looking graphics and awful shooting mechanic really hurt the game. There is quite a bit of repetition in robots, but for the most part it felt like the game had some difference to it. 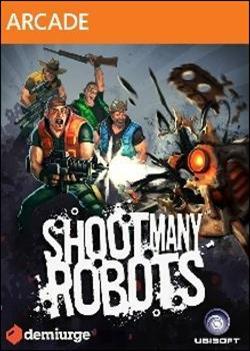 Shoot Many Robots for Xbox 360