So being as young as I am, I still remember occasionally being places with an arcade machine and that it would always be The Simpsons arcade. Beating and mashing old style, well it’s as old style as I would know. Besides that the game fully feels as though you went to some old place and played this game in it’s prime. The game even features the style of what an arcade machine looks like giving you the game in the middle with the old plastic walls, but for some reason an incredibly plain background, it shouldn’t have been too hard to add some fancy or slick background. The game features all the old bit style that the game had when released to arcades everywhere. It is just something that makes it quite special. The game has a variety of levels for you to play that all have their own boss and style design. They were all a blast to play and I had an enjoyable time soaring through the campaign. The game has what I would say fair length as it is an arcade machine. Featuring four player coop, you and a bunch of buddies, not only locally, but also online can bash your way through. The controls are really simple to use with pretty much just bashing and jumping with linear play. The game also contains a vast selection of settings for you to shuffle depending on what sort of challenge you want. From quarter modes to more intense single life. I personally wasn’t fantastic, but I only had a small pile of deaths through my playthrough. 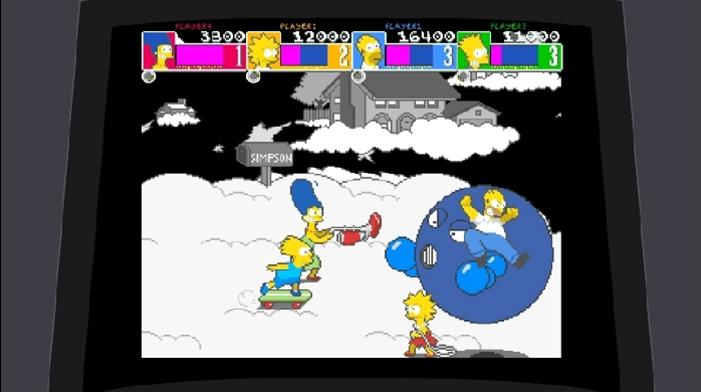 Unlike the past, you are now able to enjoy the thrills of this coop experience with anyone anywhere with all the different settings available. Oh ya there are also all sorts of leaderboards to compare stats on.

Well just look at the picture, it’s old school bit graphics with multiple areas you move along the linear line. Each of the characters has a different style and use of combat. There are minor cutscene sections and a really enjoyable campaign. 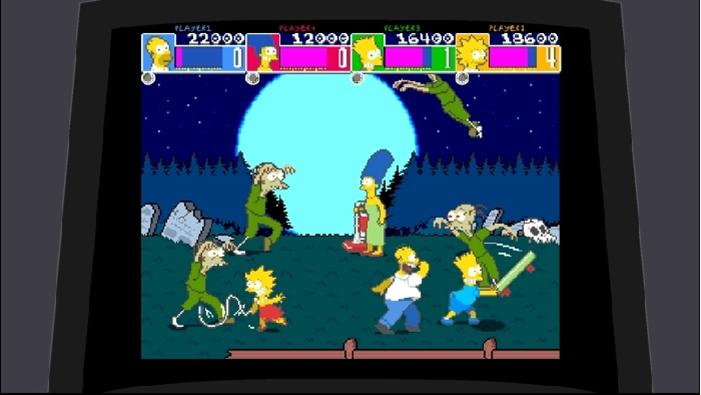 This had to have been one of the fastest downloads ever. It was as quick as the game, and that is not at all a bad thing. The Simpsons Arcade can be enjoyed multiple times, not only by yourself, but with anyone in the area or online. The variety of everything in the game keeps it fresh, bosses are all neat and even the occasional mini games are neat. You not only get the regular version, but also access to the Japanese version, which is umm a neat thing to try. There are many modes and game is readily available for anyone to enjoy, will say I wish the background had some art, yet I had a lot of fun going through this and will be back to play it again. 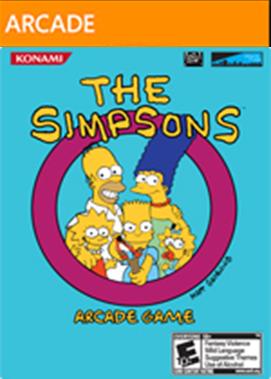 The Simpsons Arcade for Xbox 360