Welcome to the world of a liquid, well a puddle. Whether that be coffee, water or a number of others things. The game’s concept is really simple, basically you will manipulate the environment by tilting to the left or right so your liquid will travel. The game features a variety of differing areas for your different liquids to move, from your garden to your body. Each level set focuses on a different set of tasks to move through these levels and advance. Whether that be sliding over burners, swaying to hit objects or creating enough momentum to get over a ledge. At times its rather interesting and really reminds me of chemistry, with even little snuck in equations. The physics of game are quite amazing, but I’m just not seeing the point or the fun of moving the liquid around. It just seems incredibly pointless. Also the game gives literally no assistance in what to do in any levels. Not even the hint of how to sway the screen, I actually had to look it up in the menus. I mean the levels are all differing and give you something new to be challenged by, but it’s not the game for me at all. I basically pass it as it shows the elements of what a game is and that you may enjoy the puzzles of flowing through fire or tilting chemicals to hit stuff. 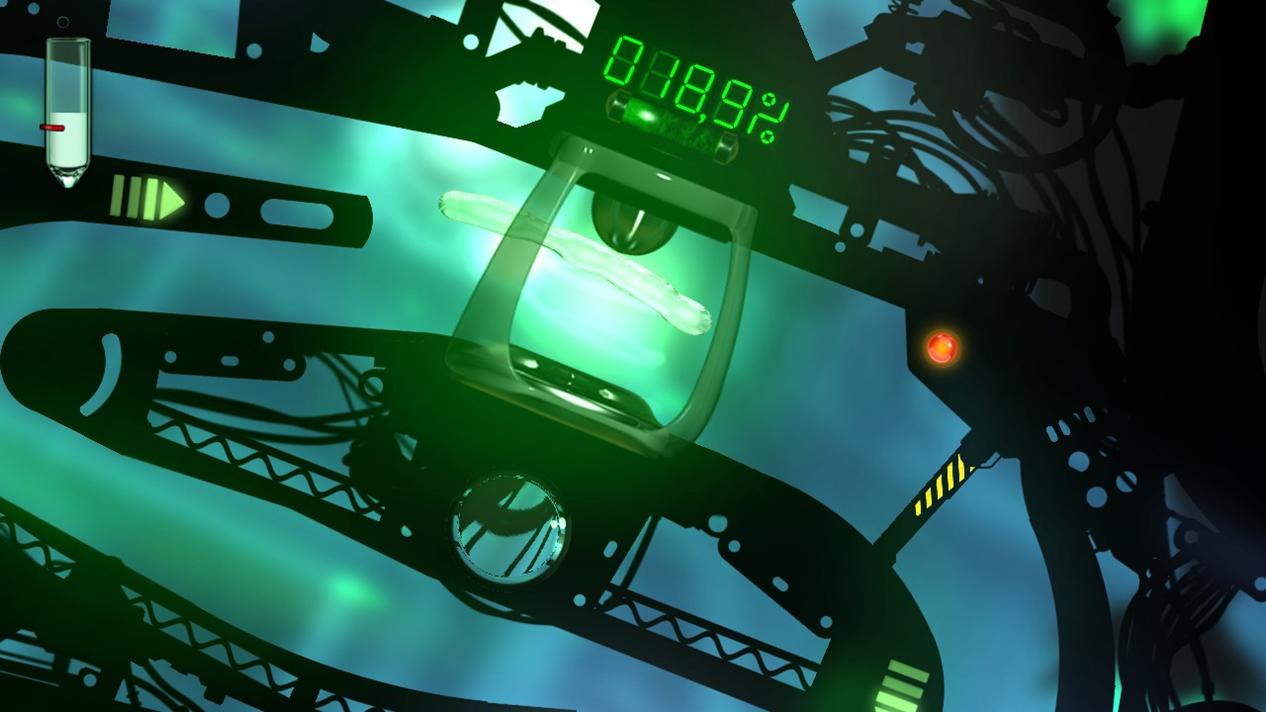 Basically you use LT and RT to tilt the screen to move through the variety of obstacles carrying as much liquid as you can. Some levels are based on time and others you must have a certain amount of liquid left as indicated in the corner. Oh there are also some little shortcuts that are fairly hard to miss! I will also note that the ending screen was neat showing Moles and then giving an elemental mark, I’m in Chemistry, thought it was neat.

Do you enjoy Chemistry or an advanced game of physics? Here it is. With a bunch of differing levels you to can move liquid around to get it to the next pipe. It was a neat game, providing a little bit of entertainment, but to me the thrill of moving the liquid around died real fast. The game even has a tally of how many times you reset the level, how nice. Also I used my whine out little thing quite fast as some parts didn’t quite make sense to me. (It’s like a skip button) I at times felt bad for the liquid as it burned or got split up, but I just wouldn’t suggest a purchase on this one.