Awakening from bed, you take the part of ScaryGirl which is quite an interesting, but yet really creepy character. Starting in the interactive menu you can view art collection, do training and stuff like that. From there you can jump into a new game which is filled with really beautiful cinematics that help bring out the creepy beauty the game has. Despite being a 2D scroller adventure, it does a fantastic job of giving a true feeling of depth with occasional adjustment of your camera to meet turns and twists within the game. When scaling winding hills or venturing through ice caves it gave an extra thrill of excitement. Although I did find at times that certain things would block my foreground leaving me vulnerable to characters hiding behind it. Also the popping out of enemies was at times annoying. Everything in the world looks great, from the centered play area to the fore and background, which are filled with creepy distracting sights. The movement of the game was well done and didn’t have any problems with going on ledges of hopping places, but I did find at times that the grappling onto trees or walls wasn’t perfect. The levels I found to be just the right length, but yet random with some taking longer than others which worked out fine, even at parts where I would die a couple of times, the checkpoints were perfect and didn’t feel like it even took a little from the game or caused any repetition. The campaign can also be done with a buddy, which creates some fun gameplay. The campaign was creepy, fun and quite enjoyable! 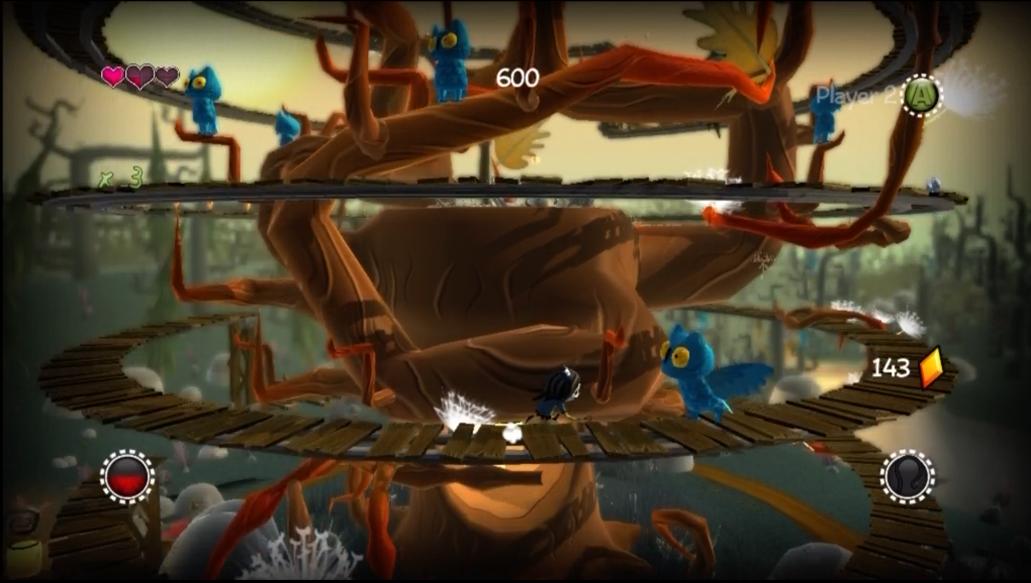 The game changes very little with multiplayer, basically adds a second player to the experience which does make for some extra fun, but is only local with online multiplayer.

ScaryGirl plays well, the gameplay is continuous, but the grappling system is at times not “catchy” enough for my likes and also there was a certain part of the game with bone collecting that somewhat took the game off path a bit. Other than that the levels were smooth, creepy and had a right length of enjoyment. Also will note that you have a bit of a rage meter that builds up to turn ScaryGirl into a super weird monster, this seemed like a nice bonus, yet not really necessary to the game.

ScaryGirl I would have to say is the best I’ve seen from the Xbox Live arcade so far this year. It looks and feels great. Everything in the game is distracting to the eye and levels are what I would consider a good length. Each level in the game has a varying scenery and boss fights in the game are fairly simple, but are all neat. There were certain points that were of annoyance, but the game makes good use of checkpoints. I had fun in my time spent with the game, but perhaps wish there was more to it than just campaign, well for the overall price but definitely a great time to be had. Also it is fairly creepy. 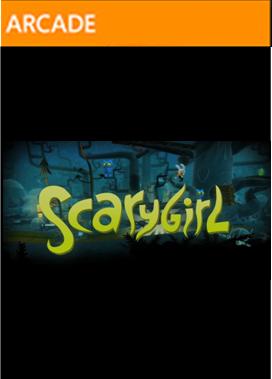