The game is technically a HD reimaging of an ancient Apple II game. Basically the game’s objective is to fly around collecting people that have gotten stuck in the middle of battlegrounds. It is actually quite a neat game in aspects that you are not only trying to be savior, but you must also monitor you choppers condition, while on top of that enemies shoot you. There are quite a few missions to choose from in different sections. They all seem to vary, but some levels have a weird spike in difficulty that makes little sense. At times the game can be a blast, from shooting various enemies, to picking up survivors and trying to do some crazy flying under rushed time. Yet sometimes it becomes to hard to juggle and when you die it’s all over and the level must be redone from the start. In total there are 30 levels, where you try to earn stars and high scores. I somewhat wish that there was a coop mission set or something extra aside from the campaign. The game does provide differing levels the keep them fresh, whether it be soaring in to collect POWs or holding off an area while swarms of zombies attack. 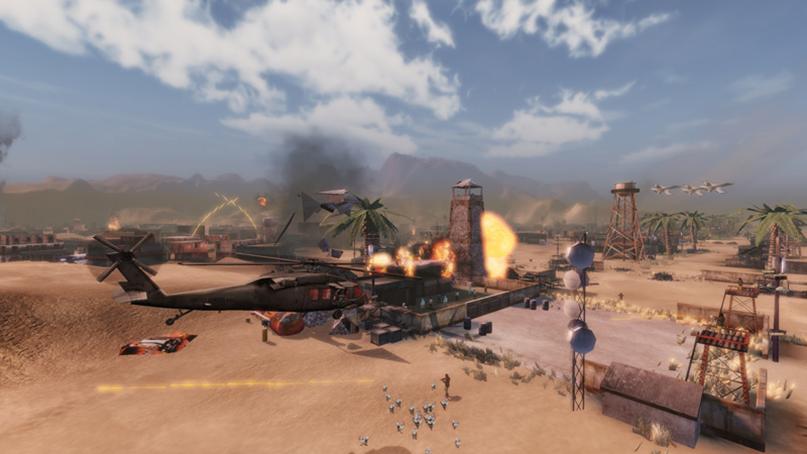 The game looks neat in its somewhat miniaturized graphics, but are not very detailed. It’s interesting to destroy certain environmental aspects and also interesting in people pickups/drop offs. The controls are fairly simple and are learned quickly in the game, I will say that your chopper feels like the touch copters in the way it flies.

The game is a fairly fun experience, but at times the levels get rather annoying and it's no the slightest fun to redo over. The controls are nice and simple, but the copter handles like some touch copter game on the Iphone. Each level was neat and the graphics were compelling enough to keep me enjoying my time. If love getting scores and playing a somewhat quick single player game here you go. Oh and levels with zombies or chickens were awesome! 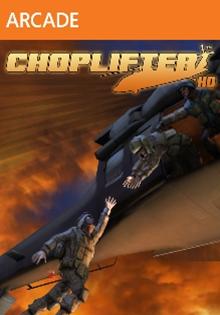