The game feels like the original if it had been made in this time, which is rather interesting and will draw in not only the old crowd, but the newer one too. The campaign is split into different worlds sporting a selection of levels each with a different theme the corresponds with that world. They all vary in difficulty and shape of the levels. At heart you of course, like in the original are building burgers by running over the different parts of it that are layered on different levels. The task seems quite simple, yet you are constantly chased by food type monsters and are plagued with places to fall or traps to hit. You can fight back with a number of power ups and of course the Chefs spice stun is still available. The levels are mostly built of ladders, platforms (some crumble), lifts and traps. Most are neat and require a fair bit of puzzle solving in order to come up with a plan to build the burgers. I will say the AI is rather smart and at times the detection of hitting things is slightly off. Along with regular burger building there is also the addition of boss fights which is a weird change of gameplay. You can choose the play as the classic Chef or as your avatar which is a nice touch. 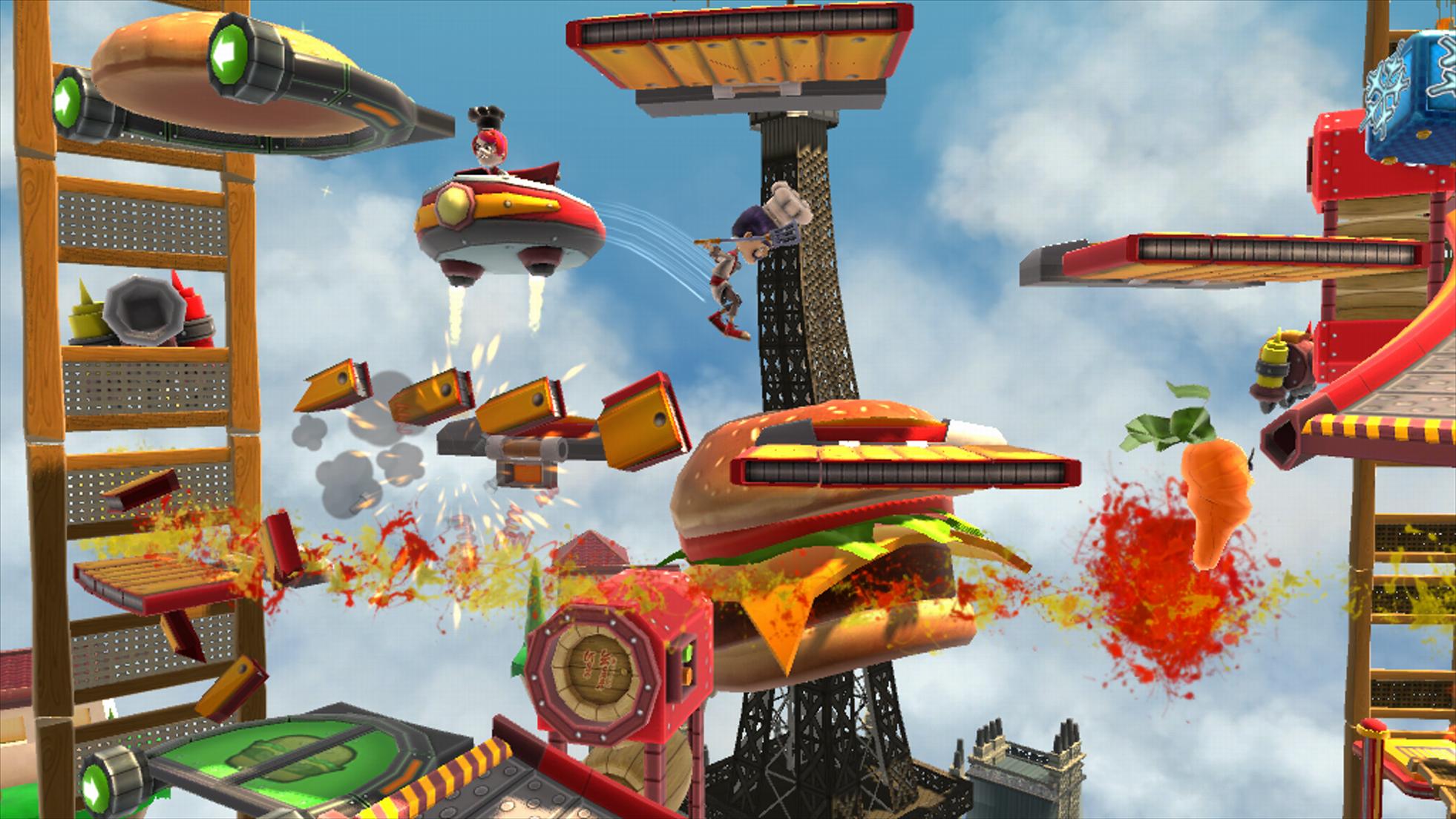 An awesome addition to the game which allows up to four players to compete on a number of levels in regular play or other modes with tons of variations you can choose from. The game gets really hectic with that many players and it's really fun.

The game feels much like the original, but it has been evolved to be able to play with modern times. I maps are cylinder style and have many ways to move around. It would have been nice to include classic also, but the game does a good job of evolving it.

Build burger once more in great evolution of a old game. The levels are all interesting and carry cool backgrounds. The enemy foods all have distinction to them and it’s a blast running around putting the burgers together. Multiplayer is greatly fun thing to try out and the game will remind you of the old well making it fresh. 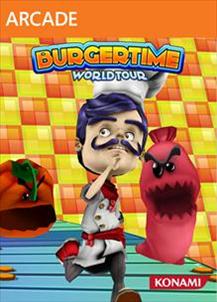