"Robot Customizing at its Finest"

The game immediately starts you off customizing your robot, which at the start is very limited. Although everything about your robot can be changed, from parts, to design and fighting styles. Now there are many other things you can unlock through progress, then there are the large quantity of items you can purchase as DLC, which gives you a large advantage. From there with your plain somewhat customized robot you begin your rise from the “underground” of robot boxing. There you, or I got brutally beat, while leveling my robot to the level where I could compete. As I won I continued my way through some different leagues up to the big times. The robots continue to become more difficult and you robot will take a beating, but fear not there are winnable med kits or you can spend some credits on body repairs. Each of the levels which have nice scenery design, bring on a differently shaped and colored machine to fight, which creates a nice variety. It is defiantly neat seeing your customized robot roll up the ranks to the top. 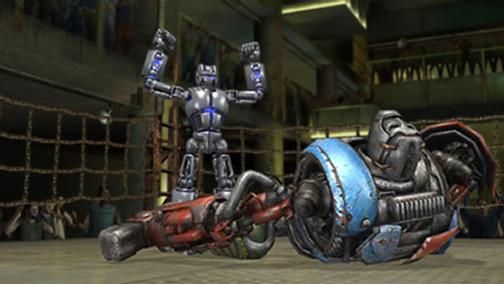 From what I have played, it is hard to find a match, but when you do, you battle an intense opponent that looks like they have bought a couple things and just crush you. It would probably be better for friend games, but it felt like you must have a super upgraded machine to even barely compete.

The game plays like most boxing types, but features an interesting stamina bar that affects when you should hit or not. It also has a bit of a wonky feel, but I guess that what you would get from giant robots.

Real Steel does capture the feel of what boxing might be like if robots were the ones in the ring. There are many strategies to be learned and tons of awesome customizing, but I didn’t like how much seemed like you needed to pay for in order to be a better robot. It was also at the start un-enjoyable getting beat, then getting crushed online. It was an overall neat play and featured a really well built customization area. 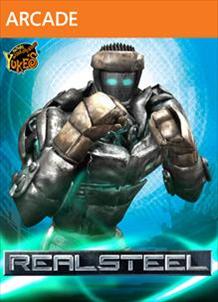