You are one of the few remaining protectors of the rifts, forced from apprenticeship with the death of your mentor. The game is setup in a tower defense way, allowing you to protect various areas while waves of enemies attack you, well differing hordes of orcs. This game is different though, getting you to take part in the action as an active part of your defense, at the beginning of each round you select an assortment of different items from personal weapons to barriers and traps. You fight alongside the traps you setup with the money you earn from slaying the orcs. There is a really large assortment from spikes to bot archers and wall arrow shooters. Even further these can be upgraded at the end of each mission and there are tons of missions. You can place the traps anywhere, but good organization helps when tackling large groups. Eventually you will unlock a points tree to lower prices of items or make them more efficient. The levels are all different and constantly force you to rethink of a creative strategy for protection of your rift. 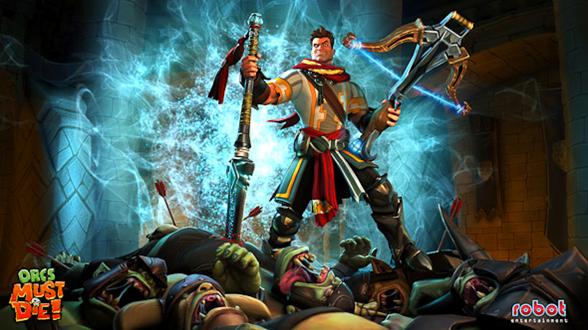 Has the basic tower defense feeling, but amps it up throwing you right into the battle along side the traps you throw out. The graphics looks really good and its awesome to cut up or burn the orcs!

This is quite an interesting game that was loads of fun and gave me a lot to do. There was a great use of movement forcing you to always be on guard. The traps are all awesome with enough difference and choice for anyone to have their own style. I really wish the game had a coop mode, it would greatly add time to play and be even more fun. There are many, many levels though, so you won’t get bored of this one for a long time! 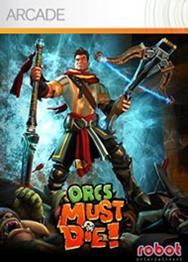