Ian: Pirates of the Enchiridion is the first Adventure Time game where players can freely explore and sail around the land of Ooo in a 3rd person open world game.

The game has a brand-new story that has been voiced by the original cast from the TV show. You get to play as Finn and Jake and then rescue and recruit Marceline and then BMO into your party. Each of your four heroes has unique abilities to aid you in exploration and in combat. We have a fast and fun turn-based combat system with character levelling mixed with lots of exploration across multiple Adventure Time Kingdoms. The game also features some new and exclusive locations to discover!

What hasn’t been shown off quite as much so far is the game’s interrogation feature. We have a cool game mechanic where Finn and Jake get to interrogate, like good cop and bad cop, other characters to get information from them to help them on their way. It’s been specifically designed to not block progress if failed as well as fun to experiment by giving different answers. Success can award the player with extra information that gets added to their map or to be left alone by guards for example. We wanted something fast and fun to play with and something that shows off the character’s personality and humour as they try to charm their way to victory. 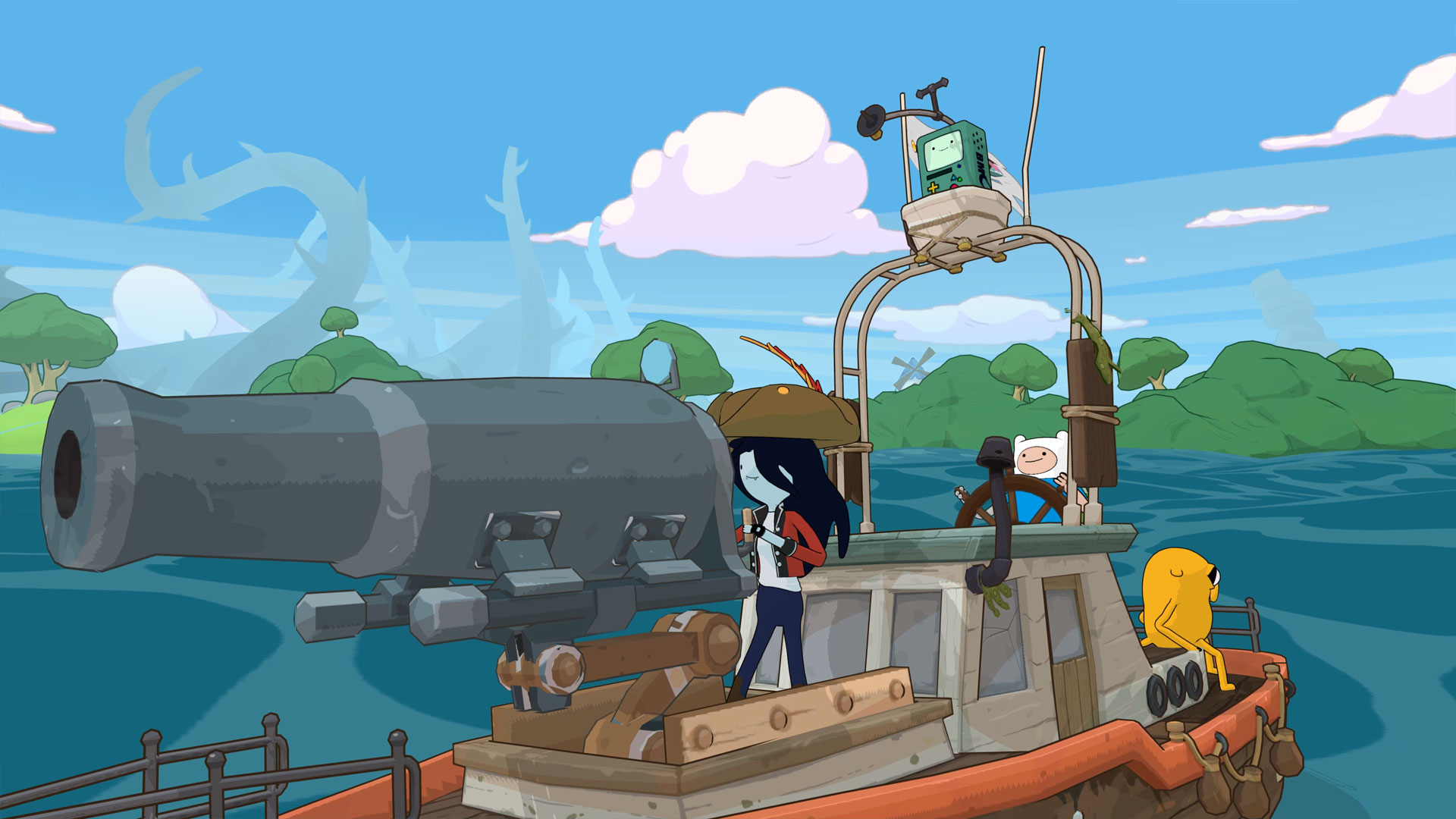 What was it like working with the Adventure Time franchise and does this game take place within a certain period of time in the show?

Ian: Working with the Adventure Time franchise is just awesome! When you are making a game, you surround yourself with the source material for reference and live with it all day every day. You just never tire of hearing the characters from the show saying the lines from your game or singing the songs that feature in it. Getting to see the cast at the recording sessions and giving us feedback was just too cool.

The game takes place around the same time as the show’s finale. The look of the characters in the game will be matching that of the show’s last season.

I understand some special new characters will be appearing, could you briefly describe them and generally what main favorites fans will come across while playing?

Ian: I can’t really give that away right now as it would spoil the story, sorry! I can say though that nearly all of the main characters will make an appearance one way or another.

Sailing is a core aspect, could you describe how that works and how expansive the area is that players will be able to explore?

Ian: The game starts with Finn and Jake in a boat as the land of Ooo has somehow mysteriously flooded. Players can sail around and explore the world freely or follow the main story quests docking their boat and exploring the cut off kingdoms that now look like islands.

If you look at a map of Ooo you can get a sense of scale for our game. Players will be able to sail from the Ice Kingdom in the north all the way down to the Fire Kingdom in the south. Then from the Candy Kingdom in the west to the Evil Forest to the east. In between these main land masses, players will be able to stop off at smaller locations designed exclusively for the game, as well as seeing well known landmarks popping up through the water such as Lady Rainicorn’s house.

The game takes about 14 hours to complete the main story and the side quests, but even after that there are always enemies to find while exploring. 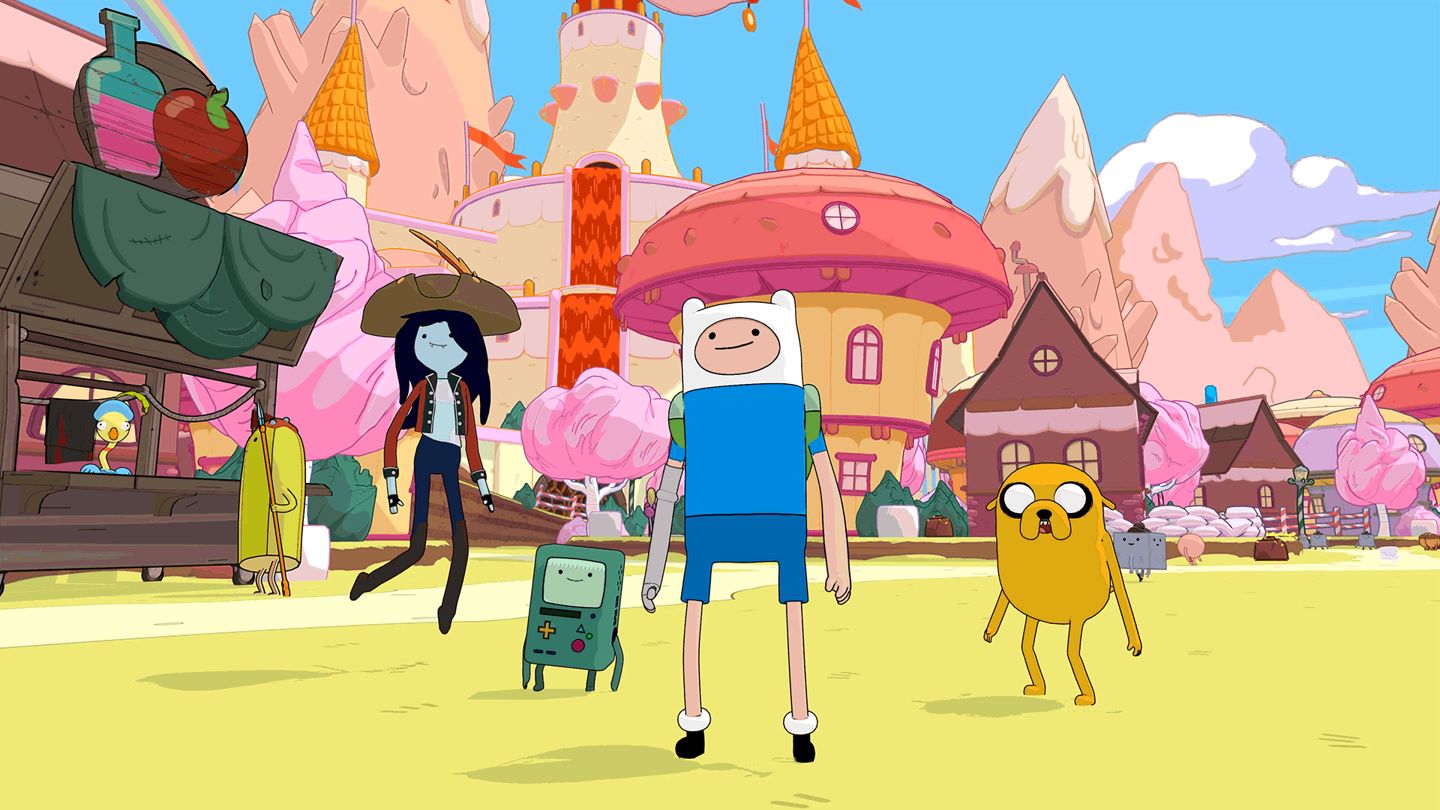 I noticed during my time at E3 that turn based combat is a core aspect of gameplay, could you describe some of the mechanics here and will the difficulty be tuned for any audience?

Ian: You’re right, turn based combat is definitely one of the core aspects of the game. We wanted to make a combat system that was fast, fun and something that would show off the character’s unique attributes. But also we didn’t want to make a hardcore RPG combat system either. I really believe we have struck a good balance for all players.

One thing that many RPG fans comment really positively on when playing our game is that healing or using items doesn’t cost a turn. Also the party’s action points are shared across the group in a battle, so players can save up and unleash their favourite attack with their favourite character which people love!

Each of the characters have their own ultimate attack that can be charged up and saved across battles to be used when you like. When fully charged, this can unleash a super attack that deals out massive damage. Some ultimate attacks can even target multiple enemies at once like Jake’s steamroller attack where he fully transforms into a giant vehicle to crush the opposition!

As for difficulty, we have spent many months balancing the difficulty of the main story and side quests so it ramps up smoothly but still offers a good level of challenge. Players can find many more battles away from the game’s main story flow with much tougher enemies to fight. Players who want to level up quicker can use the shop to buy items and take on the tougher fights if they wish. This can be very challenging but rewarding. 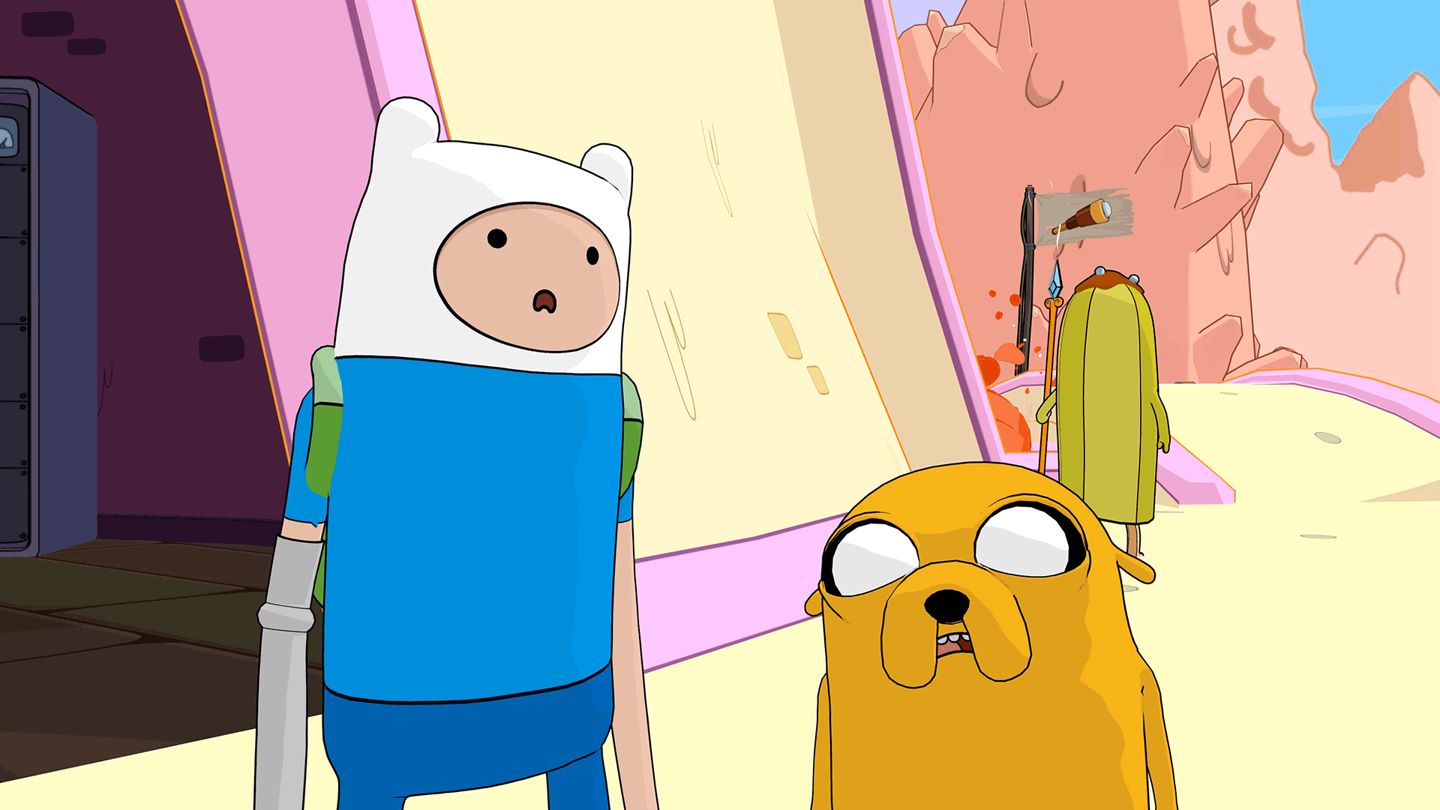 It’s noted that the combat has rewards, could you describe the mechanics for levelling your team and what that will grant players?

Ian: Successfully winning a battle earns each character XP which is required for them to level up. Bonuses are then awarded for characters doing specific things in the fight. The higher the enemy level that was beaten, the more XP that is awarded to the characters. Levelling up a character will unlock new cool attack types and give the player the opportunity to increase their character stats so they can deal out more damage or improve their health so they can take more of a bun whooping in combat. Jake for example starts off being able to do a whirlwind spin attack with his fists. As he levels up, his fits morph in to huge axes and then finally giant spiked balls to deal super damage.

Combat can also award dosh. Dosh is the currency of the game and can be spent on improving the character’s stats as they level up or for buying strange items from Choose Goose’s shop to help them in combat. There are well over 60 different fun items to buy from the shop, each one being Adventure Time themed of course. Players can also find dosh from the many types of destructible objects that we have in the kingdoms.

It wouldn’t be a pirate game without treasure chests, so we have plenty of these hidden around Ooo to find. These can deal out large sums of dosh as well as special items.

Do you personally have a favorite element of gameplay and on what platforms can players enjoy Adventure Time: Pirates of the Enchiridion on?

Ian: I love just sailing around exploring Ooo and fishing things out of the water with Jake’s stretchy long arms, but nothing beats going in to combat with all the party members ultimate attack fully charged ready to kick butt!

We also have new songs written for the game that I hope people will love. We still enjoy them and we’ve been listening to them for over a year!

Adventure Time: Pirates of the Enchiridion will be available on Xbox One, Playstation 4, Nintendo Switch and PC on July 17th in the US and July 20th for the rest of the world.

Ian: My top tip for players would be - use the map and go exploring! Hidden around the world are pages of the Enchiridion (a powerful book and a guide to all things hero related) which gives new attack powers to the playable characters. Some pages are super powerful, but also well hidden. It's well worth taking time out from the story to find these items.